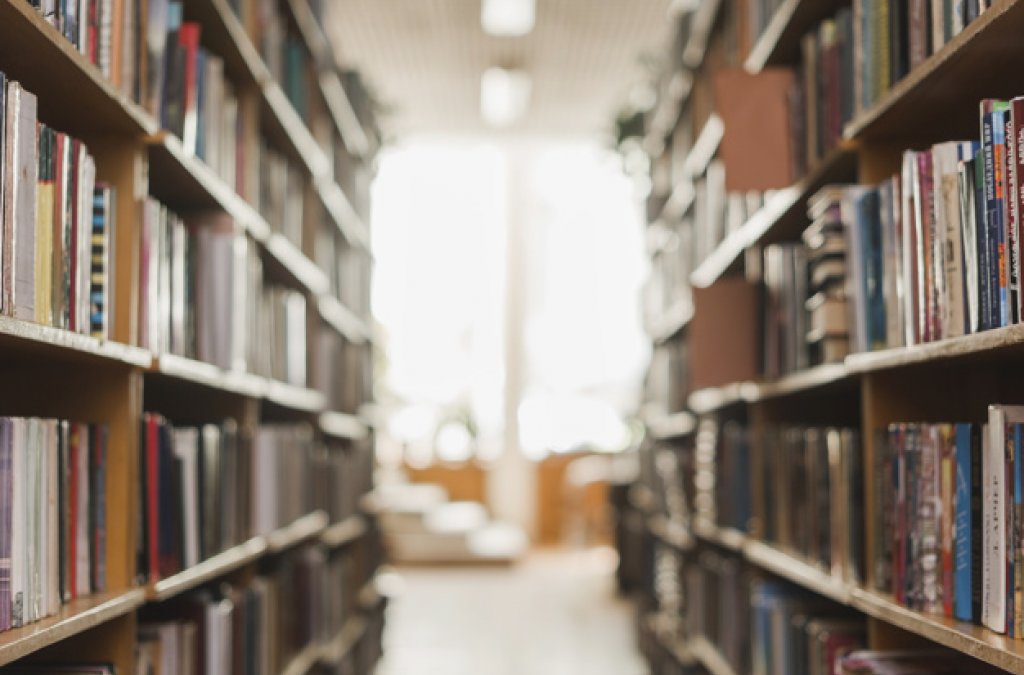 The 160 year-long evolution of Slovak SF is part and parcel of the world fantastic fiction development line, although one of its  cheerless characteristics are incessant interruptions of continuity. Within the period 1945 – 1948, after WW 2, no organizing basis of SF was created in Slovakia and within the period 1948 – 1956 due to the communist cultural policy not a single work penned by a Slovak author was published. Then the directive of the “near frontier” followed: SF must exploit “technologically realistic possibilities” of socialist construction. The USSR’s armament motivated efforts in space technology after 1956 also lowered the ideological barrier of SF also in other socialistic states, but the “normalization period” after the Soviet Army's invasion of Czechoslovakia in August 1968 injured SF almost as much as the Cold War. The Slovak SF stagnated behind “western”. In the seventies and eighties it had to start anew as a peripheral genre suitable “only” for children and youth. But at the beginning of  the eighties the self-consciousness of SF developed: Fandom was created in Czechoslovakia. Nevertheless, the invisible hand of the market is more ruthless then ideological censorship. After 1989 Slovak-written SF existed for several years only in club fanzines and in the annual anthologies Krutohlav. The first collection of Slovak fantasy stories, Podivný svet (1990) by Jaroslav Lupečka (1958), had to be published in a fanzine. During the first half of the nineties only one SF book appeared; the collection Vesmírny smiech (1991) by Ondrej Krug (1952).

Until 1990 science-fiction prevailed in Slovakia above fantasy and horror. The new image of the current SF was supported by translations, foreign TV and videos. Slovak SF has achieved maturity, at least concerning its self-consciousness, thanks to the activities of the Slovak Syndicate of SF authors (SSAF) (1991). SSAF organizes the first Slovak national SF award Cena Gustáva Reussa and since 1992 has published stories written by winners in the anthology Krutohlav SSAF has founded the tradition of organized support of Slovak SF, its critical evaluation, and SF criticism and theory in Slovakia. Over 13 years over 500 people have participated with 1500 stories. SSAF has moved Slovak authors to cover the “white places” on the map of  Slovak SF with fresh themes and the current aesthetic, and supported the advent of new Slovak fantasy and horror. Authors of almost all Slovak SF books printed since 1995 are participants of the Gustáv Reuss award, i.e. Jozef Girovský, Štefan Huslica, Michal Hvorecký, Štefan Konkol, Alexandra Pavelková, Peter Šulej, Juraj Toman, Peter Wittgrúber and others. Within one decade SSAF led Slovak SF out of the traditional ghetto; thus, achieving social self-consciousness, Slovak SF constituted itself as a social phenomenon. The new space made possible further expansion, for instance the founding of the semiprofessional magazine Fantázia in 1997.

November 1989 made access to information and to new editing projects possible. Two issues of the first (and, regrettably, until now the only) Slovak professional SF magazine were published (SF 01, 1989), SF 02, 1990 – eds.: O. Herec and J. Tazberík).

Soon, several authors attempted a revival of the SF past; numbers of the stories competing for awards are still using old motifs and employing rather modest aesthetic merits. Fortunately, the rapid plot and technical wonders of SF's heroic discovering times do not only belong to the past, because Slovak SF lives in the present.

The debut of the champion of the Gustáv Reuss Award Juraj Toman (1950), Pic collection (1999), was published only a year before the new millenium, offering a kind of summary of previous tendencies. Toman’s broad thematic and aesthetic range is proof of his many- faceted talent. In every story, Toman offers an insight into another world, picturing it plausibly, and making it inventively fresh. Both the plot and settings are based on detailed knowledge of several sciences and practical life. The rich, variable, sharply pointed prose recurrently employs impulses of several genres like horror, the western, the detective story and the thriller, presenting the real trends, illusions and delusions of our time. The story Mesiáš (most probably the best one in the history of Slovak SF) shows with dreadful plausibility the risks of any world-saving utopian thought. Toman’s harsh visions are accented by a broad scale of humor ranging from nostalgic smiles through ruthless satire and parody to sarcastic horror.

Another champion of the Gustáv Reuss Award Štefan Huslica is able to picture a reality more imaginative than any fiction. The freezing realistic metaphors of an extraordinarily talented author would conjure up the most frightful horrors if they did not contain the kind humor and deep understanding of human nature. Huslica belongs to those rare writers who are able to express transnational human problems in a story located in a small nation. The author’s aesthetic level is beyond any doubt (collection Niekedy, 2004). Champion of the Gustáv Reuss Award Jozef Girovský (Zubaté slnko, 2001) brought into Slovak SF a tone of lyrical imagination between science fiction and fantasy. Peter Šulej (1967) utilised SF motifs in several stories from his books Misia (1995) and Elektronik café (2001) and also in poetry; the “Hmlovina” collection might be the of interest here, written by a collective hidden under the “cryptoidentity of a virtual cyborg“, Generator X. The Slovak satirist and poet Tomáš Janovic (1937) used in his collection Ko(z)mické piesne (1986) hyperboles and elements of absurdity; nevertheless, the satiric intention of his poetry remains prevalent over its fantastic estrangement.

The absence of professional writers is another sad distinction of the Slovak SF. Regularly writing authors could probably be counted on the fingers of one hand. Štefan Konkol (1943) published the novel Operený had (1993, 1996). The adventurous journey into exotic country offers detailed knowledge on the Aztecs, using the time-slip technique for picturing an alternative history. Konkol penned, in collaboration with Alexandra Pavelková, the first Slovak heroic fantasy epic, the serial novel Miešanci (2000 – 2003), dealing with conflicts and coexistence of enemy races. Konkol’s plausibility and imagination are specified by precise details and his rich experience of his life in exotic countries. The debut of Alexandra Pavelková (1966) was a story collection SF 001 (1995). By the time of her novel Piesok vo vetre (1998) she had introduced into Slovak SF the in other countries widely known genre of the women's/feminist heroic fantasy. The superwoman fights monsters which, perhaps, embody masculine prejudices and feminine phobias. She is one of the most productive Slovak SF authors published also in the Czech Republic. Juraj Červenák (1974) (using Anglo- and Nordic- sounding pseudonyms Thorleif Larssen or George Callahan) is oriented towards the well-selling SF aimed at young readers on the bigger Czech market. His action fantasy offers adventurous plots in the American style.

Symbioses of Slovak SF with the mainstream have never disappeared. The living classic Peter Jaroš (1940) provides in his new novels Psy sa ženia (1990) and Milodar slučka (1991) a polemic allegory with the avant-garde and communistic utopism which have failed in reality. Fantastic estrangement is here oriented towards the grotesque.

Two works of Alta Vášová (1939) in Slovakia crown the line of the denial of rationalistic utopias of unlimited progress, based on technological optimism. The biblical parallel of a couple saved in post-catastrophic antiutopia in her novel Po (1979) depicts the hope that mankind will not produce the ultimate weapon and people will renew their civilisation. As a departure point for dystopia V záhradách (1982), she employed the ancient wisdom, “If the gods want to destroy a person they fulfill all his wishes”, describing a consumer's heaven degrading humanism and creativity. The textual strategy of a freezing matter-of-factness and austerity adequately expresses both ideas and plot of both the novels.

The bizarre story collection Uhorský rok (1968) by Rudolf Sloboda (1938 – 1995) includes various texts based mostly on techniques of parody or pastiche. Some tales (Lamačská bitka, Pocta V. Kouskovi, Čert v službe) are contain fantastic elements rather in Vians surrealistic line, the common techniques of science-fiction cognitive estrangement are almost absent The experiment with the world is altered towards the experiment with the text: the arrival of postmodernism is announced. Sloboda has similarly worked with fantastic ideas in his collection Hlboký mier (1976).

Michal Hvorecký (1976) has enriched Slovak SF with a new quality. Postmodern prose and cyberpunk have found in him an astonishingly talented representative. His protagonists in debut Silný pocit čistoty (1998), in the collection Lovci a zberači (2001) and in the novel Posledný hit, (2003) feel lost in postindustrial society. Dramatic situations seldom allow them to learn the difference between virtual illusion and harsh reality. Fragmentary textual structure mirrors a kaleidoscopic reality reception. Narrative standpoint is depersonalized, but the text is loaded with hyperrealistic information density, explosive plot and opens for the reader space for personal discursive interpretation. Hvorecký became a unique phenomenon of Slovak literature, overriding the SF frontiers towards the anthropology of popular culture. His novel Plyš (2005) is a negative model of the internet generation, an absurd vision of a world of globalised consumption full of destruction and manipulation.

Andrej Ferko (1955) used science fiction motifs in his collection Sumaroid (1990). We find original syntheses of fantastic estrangement and playful imagination, several genres and kind humor we in the collection Noha pod klobúkom (1992) using mushrooms as a leading motif. In  Dušan Mitana's novel (1946) Hľadanie strateného autora: Rozhovory s Luciferom (1991) fantastic theories, and time- and space slips initiate the playful dialogue of the reader with the author and his subjective feelings. Mitana is also inclined to struggle against the chaos of Christian’s metaphysics in Návrat Krista (1999). Gustáv Murín (1959) factographically subordinates his characters, settings and plots to the problem (collection Návraty zo svetla (1990). Logical development leads him later to the genre of prognostic essay.The Dystopian Keby – Rýchle dejiny budúcnosti Slovenska (1998), by Igor Otčenáš, (1956) presents a sarcastic pamphlet of national myth creation. The excellent parody of an alternative future of Slovakia as well as of ideology, uses collage and fictive photographic documentation following history guidebooks.

The limited contact of socialistic states with “western countries” has evolved in public the mistaken opinion that all SF of western origin is of high quality. After 1989 Slovak bookstores lived under the invasion of Czech translations and foreign entertainment industry formed in Slovakia a new fandom generation and public of commercial SF. The process was heavily supported by all media including film, TV, computer games, etc.

Many contemporary authors are moving in a broad theme and genre SF field intuitively and carelessly. Themes and motifs in their books are variable but seldom of profound aesthetic value, often even without professional qualities (of course, this does not apply to mainstream professionals). Hvorecký, Huslica, Otčenáš, Toman and Konkol are exceptions. In Slovak SF we find many one-book authors. The debuts not approved by following works are confirm the self-search of the authors and the short story is dominant over the novel. Nevertheless, 83% of participants in the Gustáv Reuss Award were 15 to 28 years old, the average age of champions being under 30 years. Contemporary Slovak SF is young.
Do not forget to share with fellow readers

SLOVAK LITERATURE IN THE ERA OF REALISM

Modern Slovak literature was born in the second half of the nineteenth century when the Slovak language was standardized and Slovak society,… 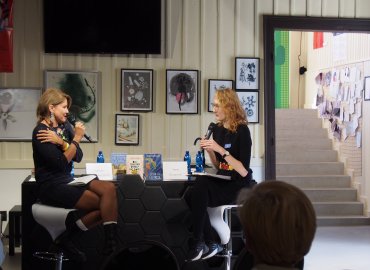 Longing and waiting for the world to return to normal is finally over and personal meetings are a possibility again. In September, over a thousand performers took…