An ancient fairy tale from the Záhorie region 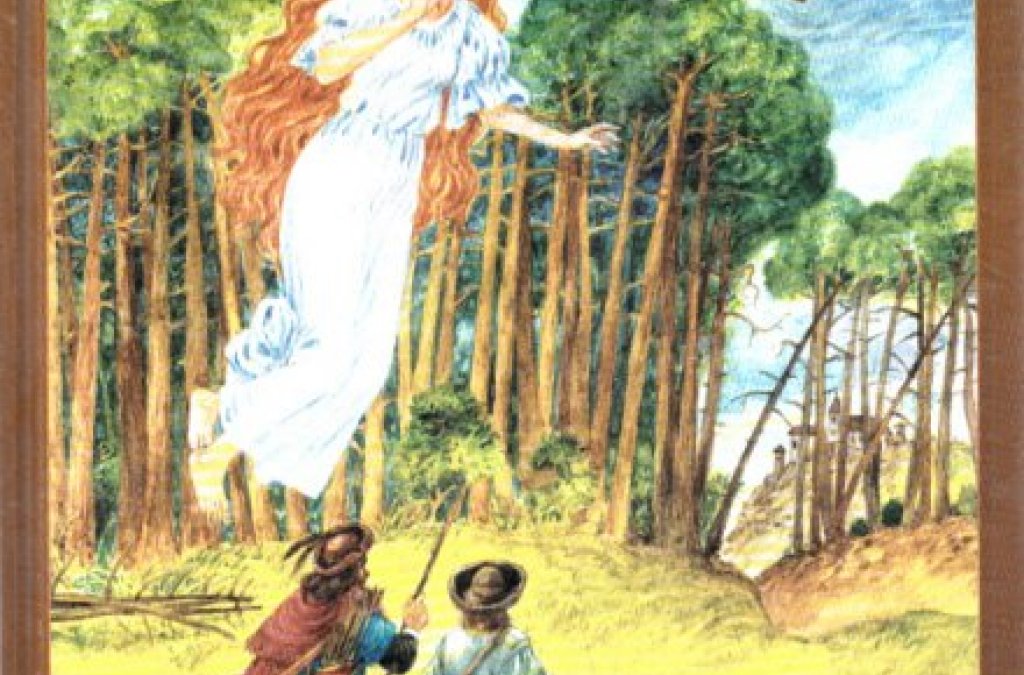 In Dympurk there once lived a peasant farmer. He was a clever fellow and things went very  well for him.  The finest oxen brought his harvest into his barn and he was rolling in money – but the devil took that, too. Before the farmer realised what was happening, he had lost everything, he was left as bare as a tree in winter. He sorely suffered poverty and hardship. He was so tormented by hunger that he was forced to tear bits of flesh off his own body.

“Dogs don’t  carry so much as a bag around with them, but they manage to keep themselves alive,” he would say to his wife.

But his starving wife was in no mood for jokes. She said to her husband: “Let’s eat our son, Froliyanek.”

The farmer, however, just went on cracking jokes and he wouldn’t hear of such a thing.

When she still kept pressing him for an answer, he told her:  “I’d rather die of hunger.”

In fact, it was a good thing he did take pity on little Froliyanek, because it wasn’t long before Wozard the Wizard came to visit them.

“Hum, hee, hoy! I’ll give you a sack of money for that boy,” muttered this strange guest. “Hadacum, quadacum, ducatum, cengatum!”

The parents told each other: “That would be easier for us to bear, than if we ate him. We’ll give him to the wizard.”

Wozard the Wizard took the boy and off they went into the wooded hills. Once they were there, he gave him some matches and ordered him: “Set fire to this hillside, sweep the ashes into a pile and then wake me up.”

This the boy did. He set fire to the hillside and when the fire had burned out, he swept up the ashes and woke up the wizard. They found a door leading underground, opened it and there was a deep, deep hole. Wozard the Wizard took a very long rope, so long you could have wound it round three villages, and he tied it round the boy under his armpits. Then he spoke in a honeyed voice: “Listen carefully, Froliyanek. Asta-basta bombasta! When you reach the very bottom, you’ll find a small table with a marble on it. A little ball that keeps changing colour. You’ll take the marble and then give the rope a jerk. And now, off you go!”

The boy descended to the very bottom of the pit. He gave the rope a jerk – and the door slammed shut. Wozard the Wizard waited in vain for Froliyanek and the marble. It was pitch dark underground and there was no sign of the  table and the precious little ball.

Froliyanek wandered here and there in that thick darkness for many years, until all of a sudden he discovered a mysterious door. There was a bit more light there. He found the little table and on it a painted marble that kept changing colour. He examined it carefully, because he had never seen anything so strange before. The little ball glittered magically, shining brightly in three colours. When he lifted it up to his eye, something tinkled, jinkled and a little dwarf appeared out of nowhere.

“What is your wish, young man?” he asked.

Froliyanek was struck dumb, he was so astonished. But he was now older and wiser. He quickly gathered his wits about him and boldly declared: “I want a big meal.”

His meal was ready in the wink of an eye. He ate his fill and no longer felt afraid of anything. He took another close look at the marble and the dwarf came hurrying up once more.

“What does my master want?”

“I want a hussar’s uniform and I want to get out of here!”

He immediately found himself standing on the main road and a hussar’s uniform lay ready for him at his feet.

Froliyanek went on his way. When he was crossing a meadow, he heard the sound of galloping hooves and he was almost bowled over by surprise. A young princess was driving past in a gold coach pulled by six horses. Froliyanek looked into the marble and the dwarf appeared in a flash and asked what he wanted.

“A coach and horses three times as beautiful! And to catch her up.”

So it was. He fell in love with the princess and she with him and soon there was a wedding.

But Froliyanek didn’t like the fact that everyone in the royal palace looked askance at him and envied him his good fortune. He was afraid for his very life. That is why he told the king to allocate him a site for a new palace. He then took the marble, peered into it and in a flash the little dwarf was at his side, asking what he wanted.

“I want to have a large mansion here by the morning, one more magnificent than the king’s!” – And there it was.

Froliyanek now had a lovely young wife and a splendid palace, so he didn’t care about the marble any longer. When he had had his fill of one lot of good fortune, he set out into the world to try and find another.

Meanwhile Wozard the Wizard bought up all kinds of lamps imaginable and peddled them around the town. He came to the princess’s palace.

He chanted out of tune in a honeyed voice:

Lamps of gold for trinkets new or old!

Froliyanek was not at home and so it happened that the princess gave the wizard the marble in exchange for a fancy lamp. That was just what Wozard the Wizard had been waiting for. He took a close look at the marble and the little dwarf appeared and asked what he wished.

“Hocus-pocus, never fear, make this palace disappear!” And that is just what happened.

Froliyanek came home, his palace and his wife were nowhere to be seen. He set out into the world to look for her.

He rode through villages and towns, for as long as his money lasted. Then he walked on foot over hill, over dale, until he happened to meet a greyhound, an eagle and a fly. They were squabbling  over a rabbit. Froliyanek tore their prey into pieces and said: “Take whatever you can grab.”

Thus they all took a share and in return they told him that his palace was beyond the Hot Sea. The fly gave him a wing, the eagle a quill and the dog a hair, which they said would help him reach his princess.

There he saw the palace and his wife inside, but she was lamenting: “I don’t know what I’m doing here, poor wretched woman that I am! I haven’t had a bite to eat  since I arrived.  I cook nothing but stones for Wozard the Wizard.”

Froliyanek changed into a fly and flew into the keyhole. After a while Wozard came home, seated himself at the table and gulped down his stones.

“Those stones would be the death of anyone else,” commented the princess.

“Hadacum, quadacum, nothing can kill me, except that marble on the window sill. That’s the only thing that might.”

The fly had been waiting in the keyhole and now it flew into the room, changed itself into a man again and snatched up the marble.

The wizard whizzed out of the window, but Froliyanek threw the marble after him. Thwack! In a flash the wicked wizard melted into a pool of tar.

Froliyanek picked up the marble, peek and peep, and the obliging dwarf immediately appeared.

“What is your wish, young man?”

When the happy couple had eaten their fill, Froliyanek peered into the marble again and the clever little dwarf stood before him.

“What is your wish?”

“To be back from where I came! Together with my wife and my palace.”

And they were home. 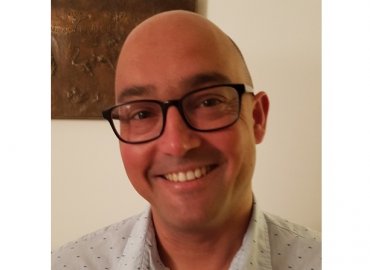 Is Kafka the Biggest Problem of Small European Literatures?

In the second edition of  Lit_Cast Slovakia Rajendra Chitnis tells Julia Sherwood about teaching Czech and Slovak at British universities, why Vladimír Mečiar… 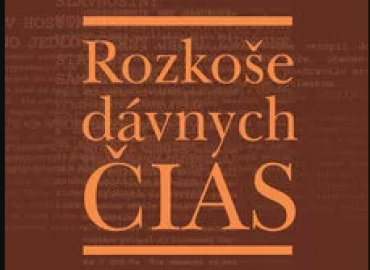 The Delights of Times Long Gone

(Extract) She was going down a long passageway, maybe in a space ship, her black coat shining in the light reflected from the bluish walls of the corridor;… 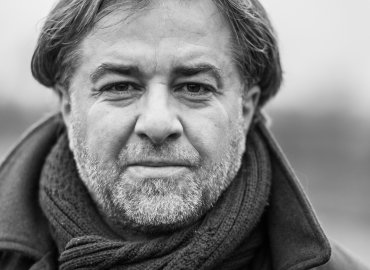