A New Type of European Drunk

On December 3rd 2019, the selection of residents for the translator artist-in-residence program in Banská Štiavnica has been announced on our website. TROJICA artist in residence is part of Almázia Štiavnica: Mesto kultúry 2019 and it has been realized in collaboration with the town of Banská Štiavnica and the project BANSKÁ ST A NICA and with the support of FPU, Fond na podporu umenia. The residencies and the activities connected to them are organized by the Literary Information Center. The coordinator of the project is Katarína Balcarová Kucbelová.

The first resident (January 16th - February 15th) was Weronika Gogola, here is a short interview with her. Next (until March 15th) was Tomasz Grabiski, translator from Slovak and Czech, a cultural manager and a diplomat. At present, he works at the city library of Wroclaw. He has translated works of Pavel Vilikovský, Michal Hvorecký and above all, Pavol Rankov. At the residency, he is finishing up the translation of his book Legenda o jazyku and he is also working on Milo nemilo, the successful debut of Milo Janáč. The novella takes place mostly in the pub which is the heart of every Slovak town. It appeared on the TOP 10 list for the Anasoft Litera Award and it has been popular with readers as well.

Tomasz Grabiński answers our questions about working with the text and about his residency.

What made you choose the book Milo nemilo?

First of all, it's a good book and I like its author. The book is different from those I have been translating from Czech and Slovak lately. There is hardly any history or politics present, instead, there's a lot of drinking and many details from the type of life we do not know that well since most of us lead a more or less orderly existence.

The whole story began last summer, when Milo Janáč attended the festival Month of Authorial Reading. I work in the librabry in Wroclaw where the festival took place. I asked my wife, Katarzyna Dudzic-Grabińska, to prepare a sample translation from the book. Ludmiła Koza from the publishing house Amaltea was at the reading and she liked the book. We have decided that evening that we would translate the book and we are coming close to finishing the project. It will be the first Slovak book for the publishing house Amaltea, up until now they concentrated on Rumanian and Czech literature.

How can this title be interesting to Polish readers?

Martin M. Šimečka wrote in his review: "The Slovak drunk is a unique appearance. He is different than the Russian or Polish drunk who, even in his alcoholic haze, firmly knows that he belongs to a grand nation, a fact which might make his drinking part of a higher goal or national mission." Naturally, there is a long tradition of this kind of literature in Poland, we can single out Jerzy Pilch whose work had been translated into Slovak thanks to Jozef Marušiak. Now it's time for us to get to know a different type of Slovak and Central European drunk.

What poses the biggest challenge when it comes to this translation?

As with any other book, it's important not to loose too many thing in translation. Equally important: the translation can't be worse than the original. In case of Milo nemilo, slang words and platitues pose a major challenge. To capture the rhythm and humor of the book is another challenge. When we take into account that the Polish language doesn't have a good equivalent for the Slovak word "výčapník" ("tapster"), we realize that the job is, paradoxically, not that easy. You can find the word "szynkarz“ in the Slovak-Polish dictionary, but just like "tapster", it's archaic.

Is the residency a good fit for you? Are you able to concentrate better than usually?

Yes, residencies are a great idea for translators and I am glad I have been a resident a couple of times. Trojica Air, besides being well organized, has the advantage of the small town for a setting. There are not that many distracting attractions here as for example in Prague or Bratislava. At first, it feels like a month is a long time. And then at the end I was suprised it was over so quickly. I could have used another month.

What else are you working on?

Aside from Milo nemilo I am also finishing the translation of Rankov's Legenda o jazyku. I also try to finish other translations I had begun before. And I have brought a stack of books nominated for the Anasoft Litera Award for the next residents here in Štiavnica and so I have a lot of reading to do as well.

During each residency, an event is organized where the author-translator duo is being presented. The discussion with Milo Janáš and Tomasz Grabiński in Antikvariát (planned on March12th) however, had to be cancelled due to the corona virus restrictions.

The author of the graphic concept of the events is Kristína Kubáňová, the authors of the Trojica Air logo are Palo a Janka Bálik. 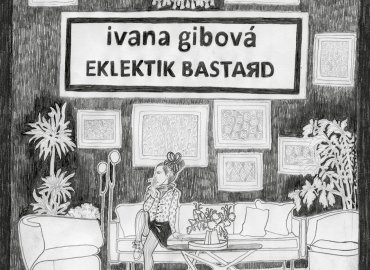 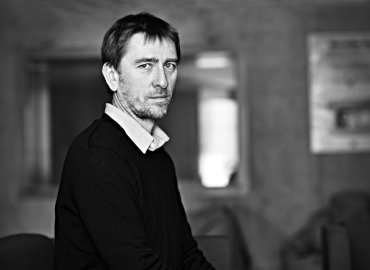 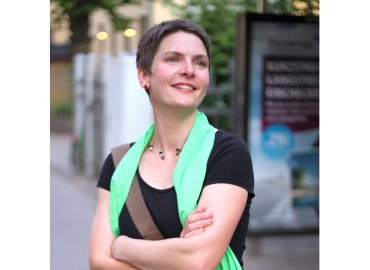