SLOVAK LITERATURE IN THE ERA OF REALISM 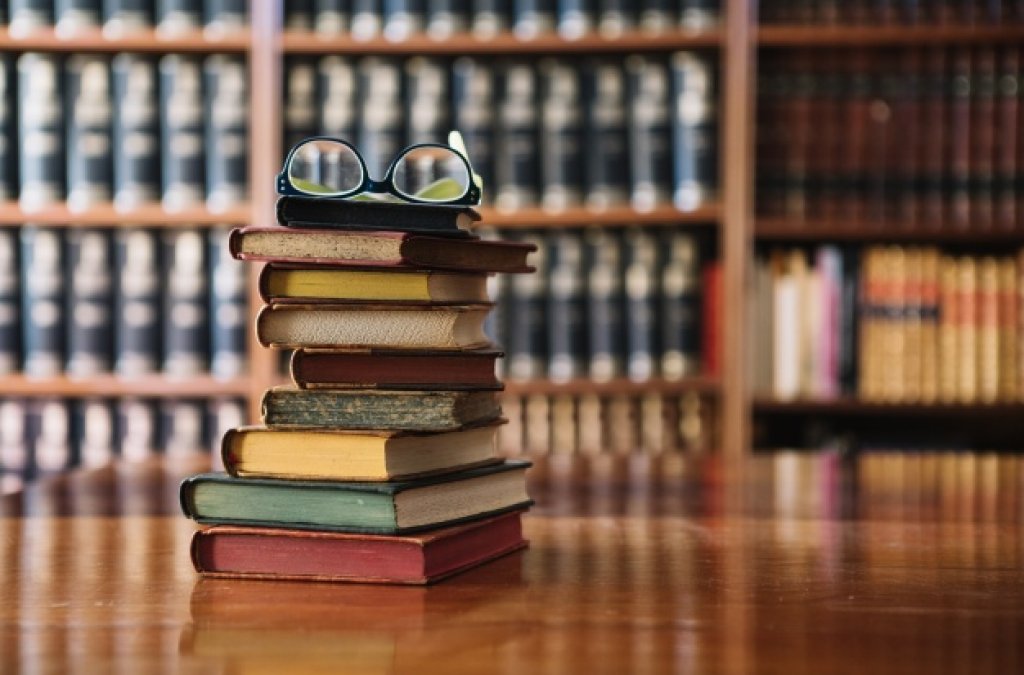 Modern Slovak literature was born in the second half of the nineteenth century when the Slovak language was standardized and Slovak society, influenced by the revolutionary spirit  prevailing in Europe at the time, became active in its fight for national and civil rights. There was a virtual outburst of poetry, flying on the wings of revolution, intoxicated by romantic visions of future Slovakia. Because poetry was deeply rooted in folklore traditions, it continued to live long  after the revolution was defeated. All enthusiasm evaporated and Bach’s absolutistic régime certainly did nothing to encourage free thinking, and so poetry survived in rather simplistic form, refusing to take a new, more sober look at social reality. That is why the era of realism began as late as the 1880s.

A new generation was formed, not only in poetry but mainly in prose, and later in drama and it was this generation that brought Slovak literature to a qualitatively higher level. Of course, even this generation lived in oppresive conditions and still felt the need to defend national interests. However, there was a lot of disagreement among writers concerning the best form of expressing this need and reacting to literary development with regard to the reader, who also went through new experiences. Svetozár Hurban Vajanský (1847 – 1916), the Corypheus of social, political and cultural life, an outstanding journalist, poet and prose writer, who actually founded Slovak realism (collection of poems The Tatras and the Sea, 1880, Tatry a more), acknowledged only works with strong nationalistic undertones and criticised all those who favoured other literary models. In his series of novels and novellas (Dry Sprig, Suchá ratolesť, 1884; Wasteflower, Pustokvet, 1893; Root and Shoots, Koreň a výhonky, 1896; Cauldron City, Kotlín, 1901) Vajanský strictly followed the line we against the others (the others stood for renegades) thus raising the ideological aspect of literary works to the first position. Because he knew European literature so well, admiring mainly Russian prose (I. E. Turgenev), Vajanský made several attempts to depict all complexities of social relationships and individuals in his novels. But his efforts resulted in improbable stories  hardly comparable with reality. Although they had some realistic features, the overall impression was still romantic.

Martin Kukučín (1860 – 1927), author of  numerous short stories about village life and a talented humorist, was the first writer of this period who applied realistic principles consistently. He  resigned to the ideological principle and based his writing on personal experiences with village life and its representatives. His prose is full of  realistic true-to-life types, opening a window to real life and showing that the future of  the Slovak nation is guaranteed by ordinary people. Prose writer and dramatist Jozef Gregor Tajovský (1874 – 1940) progressed even further in depicting Slovak reality. He dared to view Slovak society, which was sacred for Vajanský, quite critically. Looking at social life in Slovak villages he found tensions and antagonisms instead of  idyllic peace and quiet (collection of short stories Fairy Tales, Rozprávky, 1900; Chatting, Besednice, 1903; Sad Notes, Smutné nôty, 1907; From Under the Scythe, Spod kosy, 1910; Cherry Laurels, Tŕpky, 1911 etc.) His probes into  village life were made through short prosaic forms, such as causeries and short stories.  He preferred social themes that evoked compassion and empathy with the poorest over complex compositions. He became popular, however, for his dramatical works (Women’s Law, Ženský zákon, 1900; Fortunes and Misfortunes, Statky-zmätky, 1909).

The greatest talent of all realists was undoubtedly Božena Slančíková (1867 – 1951) who wrote under the pseudonym Timrava, author of many novellas about village life (focusing especially on members of the country inteligentsia) in which she makes her heroines face bitter reality, when in their search for love all they find is greediness and cowardice. Timrava’s realism destroyed all illusions. She fought against sentimentalism and naïve idealism (In One Farmyard, Na jednom dvore, 1904; Without Pride, Bez hrdosti, 1905; Great Happiness, Veľké šťastie, 1906;  That Wonderful Country...,  Tá zem vábna, 1907; Vanity All, Márnosť všetko, 1908; The Tapak Family, Ťapákovci, 1914 etc.). Timrava depicts her characters with all psychological details, working with a wide range of emotions. Existential elements appeared in her later works (i.e. Death of Paľo Ročko, Skon Paľa Ročku, 1921) where she tackled the relationship of life and death, questioning the meaning of life. She was able to look at national identity problems without illusions and was quite critical in this sphere.

Apart from Timrava there were other women writers, also realists: Elena Maróthy-Šoltésová (1855 – 1939), Terézia Vansová (1857 – 1942) and Ľudmila Podjavorinská (1872 – 1951). Women’s movement began to develop in Slovakia during the last third of the nineteeth century. Their goal was not only emancipation but also (and mainly) their active involvement in social and cultural life as an important part of the fight for national rights. Women’s club Živena was founded (1869) and later a magazine with the same name and another magazine Dennica, Morning Star, in 1898. These magazines contributed to the development of Slovak literature. E. M. Šoltésová stood side by side with Vajanský after publishing her novel Against the Stream, Proti  prúdu, 1894. But her most outstanding work My Children, Moje deti, in which she depicted the life of her two children who died prematurely, was written as a diary. Terézia Vansová focused on realistic presentations of  women’s themes (Step Daughter, Chovanica etc.) but she became popular for her sentimental novel The Podhradsky Orphan, Sirota Podhradských, 1889). Ľ. Podjavorinská published a collection of poems titled From Spring of Life, Z vesny života, in 1895 when she was only twenty three years old. Later, however, she started to write prose. Women’s themes prevail in her sometimes realistic, sometimes sentimental novellas and short stories (In Slavery, V otroctve, 1905; Delusion, Blud, 1906; Woman, Žena, 1910). She returned to poetry through poems for children for which she became famous.

Contrary to the period of romanticism in which poetry was dominant, realism favoured prose not only in Slovakia but all over Europe. The era of realism in Slovakia gave birth to only one poet – Pavol Orzságh Hviezdoslav (1849 – 1921) – who eventually made up for a whole generation. Besides lyrical poems and cycles (Annular Rings, Letorosty; Psalms and Hymns, Žalmy a hymny; Spring Walks, Prechádzky jarom; Summer Walks, Prechádzky letom; Grievances, Stesky; Aftermaths, Dozvuky etc.) he published short epic forms (Bútora and Čútora, Bútora a Čútora; Grazing Horses at Night, Na obnôcke; Going to Harvest, V žatvu etc.) and long epical opuses resembling novels (Forrester’s Wife, Hájnikova žena, 1884-86, Ežo Vlkolinsky, Ežo Vlkolinský, 1890; Gabor Vlkolinsky, Gábor Vlkolinský, 1901). He also wrote drama, the most remarkable of which was the drama in verse on a Biblical subject Herodes and Herodias, Herodes a Herodias (1909) and was very active as a translator of  the most outstanding works of European poetry. Hviezdoslav is still considered as  the greatest Slovak poet. His poetical universe is so rich, it embraces so much. It includes nation, God, nature, freedom, everyday work, hope and despair, faith and doubts. The range of themes, reflections and emotions was so vast, that Slovak language at the time was not able to express all of them and so the author had to use colloqualisms and even neologisms. His language  is hard to understand today and so, while every Slovak acknowledges Hviezdoslav as a great poet, only few actually read his works. But those who do are richly awarded.

Although Hviezdoslav had quite a few followers, they were mere epigons. His example could not be followed. That is why those who entered the field of poetry after him, like Janko Jesenský (1874 – 1945), Ivan Krasko (1876 – 1958), Vladimír Roy (1855 – 1936) and others, introduced different poetics expressing different feelings. Through their works  Slovak realism made its transition into symbolism of the Slovak Modern. This generation also had to fight its predecessors who disliked subjectivism, pesimism and lack of nationalistic themes in the works of young poets. Eventually, the younger generation asserted itself.

What was the contribution of realism to Slovak literature? During this period it opened up to the world and was inspired by contemporary trends in writing. An effort to keep pace with the present was evident. Only the fate of a nation lacking freedom was holding it back. In spite of that most authors moved from the hero-nation stage to hero-individual stage. Of course, it cost some effort which eventually brought fruit. Aesthetically perceived reality, either collectively (the village), or individually (poetical subject) was the most important.  Slovak society was never differentiated to the extent that would allow for more extensive epical works in prose. There was only one truly realistic novel written at the time (Martin Kukučín: A House on a Hillside, Dom v stráni, 1904) but the setting was not Slovak. The author was a doctor who practised in Croatia since 1894 and that is where the novel takes place. In spite of these shortcomings a lot has been said about Slovak reality in causeries, short stories and novellas written by many authors. Their works are now considered classical which implies something closed but, nevertheless, they still have an effect on our consciousness.

Slovak Literature Between The Wars

The founding of the Republic of Czechoslovakia in 1918 created good conditions for the growth of Slovak literature. Suppressed cultural institutions such as Matica…

READING IS AN ATTRIBUTE OF HUMANITY

Anton Hykisch (born in 1932, in Banská Štiavnica) has a special standing in contemporary Slovak literature. Although novels are the focus of his work, he publishes…

Peter Župník's photographs from the last day of the book fair Livre Paris 2019.