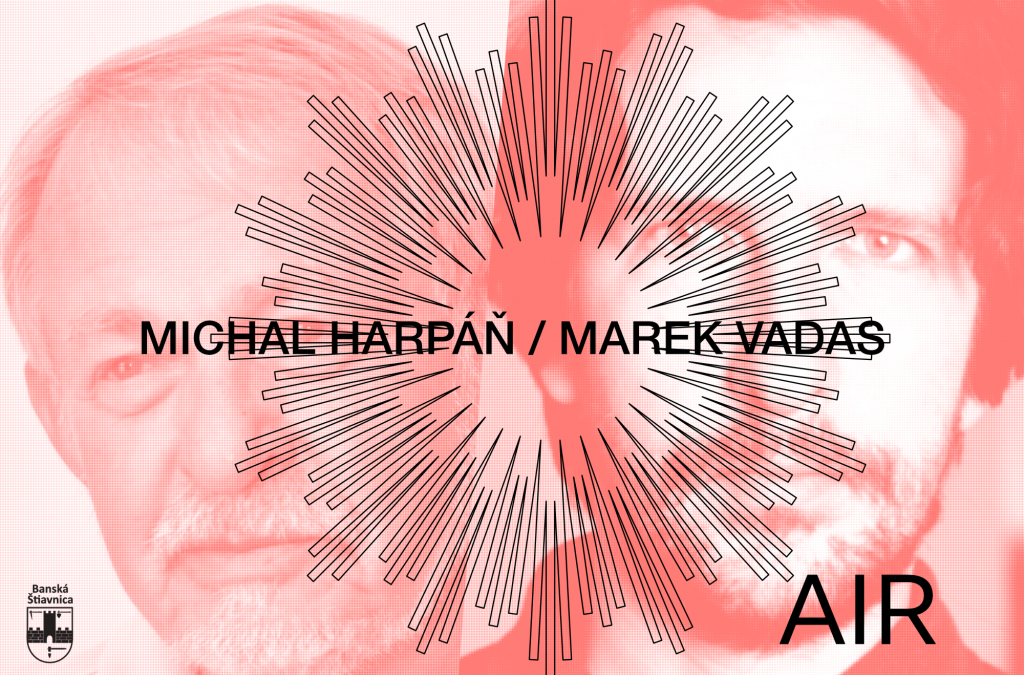 Literary scientist and translator Michal Harpáň translates Slovak prose and literary science. He has translated several book by Pavel Vilikovsky, Dušan Mitana and other authors. In Banská Štiavnica, he is translating Marek Vadas' book  Zlá štvrť / A Bad Neighborhood. A discussion with the author-translator duo led by Richard Pupala was part of the festival 4 živly on the 8th of August.
You can find more information about the event on Facebook.

Here is an interview with Michal Harpáň in which he talks about how he approaches translation and about his residency.

In what ways can A Bad Neighborhood be interesting for Serbian readers?

Marek Vadas has a special position within the context of the younger Slovak literature. His short-stories collection Liečiteľ / Healer (2006) won the Anasoft Litera Award, and up until now there have been five editions of the book. It has been translated into Polish, Hungarian, Bulgarian, Czech and French; my translation should be coming out in August, according to the publisher. The answer to the question why Marek Vadas captured the attention of the literary public -- and of that particular Anasoft committee and subsequently of foreign translators -- is seamingly easy. Africa! However, that is not all, what's more important is his depiction of the African themes. When you read a book, it can leave different impressions, then you continue onto other books. When interpreting a text, you take into account deeper contexts. When translating a book, you get in deepest. I know this from personal experience as a reader, scientist and translator.

When my colleague, professor Marta Součková interviewed me about my translational work, she used a quote of mine as the title:  „I Seek Pleasure When I Translate.“ I did say that, but only as I saw it printed did I realize how true it was. There were plenty of books, even by renowned authors I won't mention here, that I started to translate, but left unfinished when I realized the work did not please me. So, if translating the book Healer wouldn't give me pleasure, I wouldn't do it. I was intrigued by the functional use of the short form – you find a short short story that takes up half a page and yet don't feel like anything's missing. There's a Poe-esque mystery-story atmosphere and a world immersed in magic not realizing it's magic since it is its reality.

I knew that I would be translating another book by Marek Vades after Healer. I pondered the book Čierne na čiernom / Black on Black, but in the end I decided for A Bad Neighborhood. What won me over was the unique connection of the short-story and novel forms, which I thought could be interesting for the Serbian reader. And, naturally, that is not the only reason; connecting a narrative about the African world with the epistemic of European story-telling might be one of the others.

What poses the greatest challenge when it comes to this particular translation?

Each translation is a unique challenge. A Bad Neighborhood did not really pose any particular problems. Of course, even here, there comes up an expression that brings a couple of well-oiled sentences to a halt. For example, the main alcoholic beverage that most characters drink is palm wine. To be honest, until I have read Marek's fiction, I didn't even know such wine existed. The words wine and palm -- víno and palma -- are identical in Slovak and in Serbian, but the Slovak attributive adjective "palm wine," which exists in Serbian as well, didn't feel smooth enough, so for now, I am going with the predicative "vino od palme." Plus there are names of African gods, demi-gods and mythological creatures in general, that have no connection whatsoever with the europocentric mythology. And yet suddenly, I stumble upon the word "bludička“ – and it is a woman whose face is turned backwards. In europocentric mythology, such being or phantom is connected with fire and light (in Slovak it's also called svetlonos  -- the light-bearer, ignis fatuus in Latin: a crazy flame, with the plural ignes fatui). In Serbian mythology, there are only "the wandering fires," without a feminine noun. So I still have to come up with something for that African bludička creature.

Do you usually communicate with authors when you are translating? Are you in touch with Marek Vadas?

I communicated with Marek Vadas when I was translating Healer. I asked him what to do with the names of African foods and drinks that have no equivalents in other languages. I agreed with his opinion that there is no need to explain things, a reader can google the word juju, for example. I communicate with authors when I start improving the rough draft of the translation. I will do the same with A Bad Neighborhood. By the way, a translator depends not only on authors but also on literary scientists, even on Slovak citizens in general. I dutifully search for equivalents for idioms, folk sayings and similar expressions. The Slovak phrase „ako by mu z oka vypadol“ cannot be translated literally ("a spitting image of him" -- the literal translation would be "as if he dropped out of his eye"). It's "pljunuti otac“ in Serbian, and imagine the opposite translation, from Serbian into Slovak: "a spitted-on father!" When I was translating Kužela's novel Lampa / Lamp, I came upon the word čikuli. Naturally, no sign of it in any of the dictionaries, so I asked the younger generation and they had no idea. However, when I asked older people, they readily explained that it was a detergent used as a drug; in Serbia, people used glue instead.

Does the residency suit your work? Are you able to concentrate better here?

Work conditions here are extraordinary, I don't have to worry about anything other than the translation. It's my first time in Banská Štiavnica, and the town has charmed me. It's a town no matter from which side you look at it, down the hill, up the hill, left, right, up the stairs, down the stairs. I feel like there is no "bad neighborhood" here. When I sit down at my computer however, I am in Marek Vadas's Africa.

What else are you working on at the moment?

Since I was a boy, I always wanted to be a teacher, and the fairy godmothers have granted me my wish: I teach university. I liked reading lectures, my alma mater was the Faculty of Arts in Novi Sada, but I also taught at the Filological fakculty in Belgrade, at the School of Pedagogy in Szeged, at the Facultu of Filology/Arts UMB in Banská Bystrica, from which I received the title Doctor honoris causa. Academic progress was part of the position, I wrote literary-science publications -- last year, my twentieth book came out. While I was teaching, I didn't have much time left for translation, although I couldn't resist certain books (Vilikovský's Kôň na poschodí, slepec vo Vrábľoch, Krutý strojvodca, Posledný kôň Pompejí). After I retired, I started translating more. I have handed in Balla's V mene otca / In the Name of the Father, and aside from Marek Vadas, I am also currently working on Letmý sneh / Fleeting Snow and RAJc je preč / The Thrill Is Gone by Pavel Vilikovský. Next year, I also plan to publish a book of my studies. 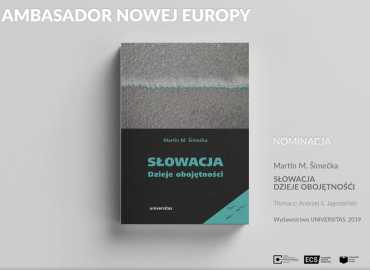 European Solidarity Center was founded in 2014 so that it can raise future generations in the spirit of freedom and democracy in Poland. The prize AMBASSADOR OF… 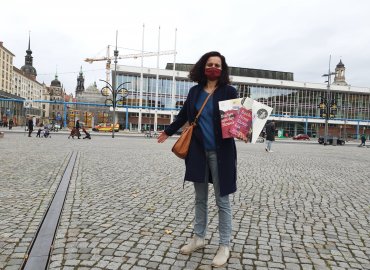 Dr. Ema Ďurišová was born and grew up in West Slovakia. Since 2006, however, she has been living with her family in Dresden where she works as a doctor at… 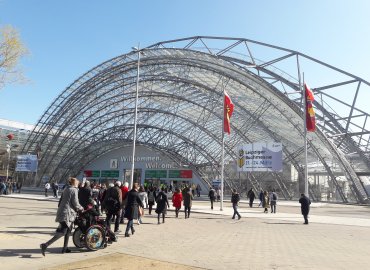