Translation as a Privilege and Responsibility

The second translator at the Trojica AIR residency 2022 is Diana Pungeršič from Slovenia. In Banská Štiavnica, she is translating the book Naničhodnica / The Good-for-nothing Woman from Jana Juráňová.

Diana Pungeršič (1984) is a literary translator from Slovak and Czech and into Slovak, a literary critic, a publicist, and a host. She has studied Slovenian and Slovak language with literature and sociology of culture at the Faculty of Arts, University of Ljubljana. She was born, lives and works in Slovenia.
She has translated the works of Pavol Rankov, Daniela Kapitáňová, Víťo Staviarsky, Juraj Šebesta, Marek Vadas, Dušan Mitana, Jana Beňová, Anton Baláž, Ivona Březinová, Petra Dvořáková, Iva Procházková and others, she translates passages for literary magazines (Sodobnost, Literatura, Mentor, Pogledi). She also publishes literary interviews, essays, organizes and hosts literary events, she has founded a reading club. She is a jury member of several literary competitions and awards.

The translator and author have presented themselves at the traditional event for the TROJICA AIR project on Thursday, March 10. Hosted by Dado Nagy. You can find the video on our YouTube channel.

We also bring you some answers from the resident about what is the work like in Banská Štiavnica. The whole interview, conducted by Michal Kríž, was published in the magazine Štiavnické noviny.

What works have you translated so far and what feedback to them has been received from the Slovenian public?

Besides the mentioned book, I’ve also translated Rankov's Matky / Mothers, also a very successful book among readers. We have welcomed the author in Slovenia twice and I will definitely translate his works again. This was followed by a translation of the novel Kniha o cintoríne / Samko Tále’s Cemetery Book by Daniela Kapitáňová. For this translation, I received an award for a young translator, which is awarded by The Slovenian Association of Literary Translators. It has a peculiar style of storytelling, as Samko Tále is a mentally handicapped guy and his language is really specific. Then I have translated the books of Víťo Staviarsky (Kivader in druge novele / Kivader and Other Novels), because it seemed important to me, to bring the life and fate of Slovak Roma closer to the Slovenes, through the eyes of an author who has a deep understanding of our human weaknesses. It was an honour to translate the great Dušan Mitana – his iconic collections of short stories Psie dni / Dog Days and Nočné správy / Late-night News, which are also close to my heart. Then there is Café Hyena / Seeing People Off by Jana Beňová and Keď sa pes smeje / When the Dog Laughs by Juraj Šebesta, which was awarded as the best translated book for children and young adults in 2019. And quite recently, my translation of the novel Tábor padlých žien / The Camp of Fallen Women by Anton Baláž was published. It is a story about the re-education of Bratislava prostitutes and it also mentions the Knights of Sitno. :) Literary translations from Slovak are still rare in our country (compared to Czech language), so I choose books thoughtfully and I am aware of the privilege as well as the responsibility. The feedback from the readers and the scholars confirms my belief that I am on the right track.

What translation are you working on during your stay at TROJICA AIR?

I am translating Naničhodnica / The Good-for-nothing Woman by Jana Juráňová. A novel about an 80-year-old Mrs. Ľudmila, who has nowhere to go after being discharged from the hospital. It is an ethically and socially sensitive story that addresses the issue of selfless help, as well as the problem of aging in a world that glorifies youth, beauty and sturdiness. Naničhodnica helps us to see and perhaps to better understand ourselves, that is, the dark face of our society, which fails to care for the sick, the vulnerable, the elderly... It is a powerful story that shows us a mirror, and I believe it will appeal to Slovenian readers as well.

Are you in Banská Štiavnica for the first time? How does the city seem to you and what are the working conditions created by TROJICA AIR?

It's a charming town. I feel like a queen here, the accommodation is spacious and calm, perfect for work. And the city itself and its surroundings offer so many possibilities... for a trip or just wandering the picturesque streets, there are galleries, museums, castles, cafés and above all nice people! I think I’ve just discovered my favourite Slovak city.

On December 8, 2021, we have announced the results of the selection of residents for a translation stay in Banská Štiavnica. The program TROJICA artist in residence was created as a part of Almázia Banská Štiavnica: Slovak City of Culture 2019  in cooperation with the city of Banská Štiavnica and the project BANSKÁ ST A NICA and with the support of the Slovak Arts Council (FPU). In 2022, the project is supported by a financial contribution from LITA – civil association of authors. The Centre for Information on Literature organizes these residences and activities related to them. 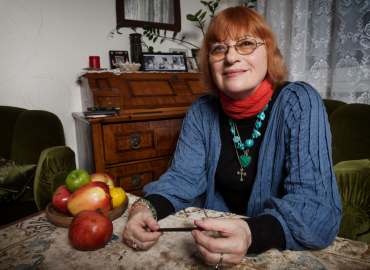 The Vilenica International Literary Festival (Mednarodni literarni festival Vilenica) first started in 1986. It is organized by the Slovene Writers' Association… 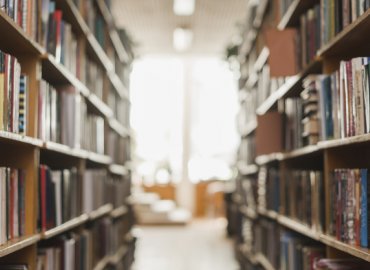 Big Words From a Small Country

The revolutionary changes in 1989 were received with great joy and hopes for a new way of life, but Slovak society was soon reminded of all the risks and threats… 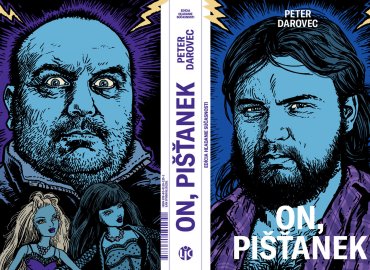