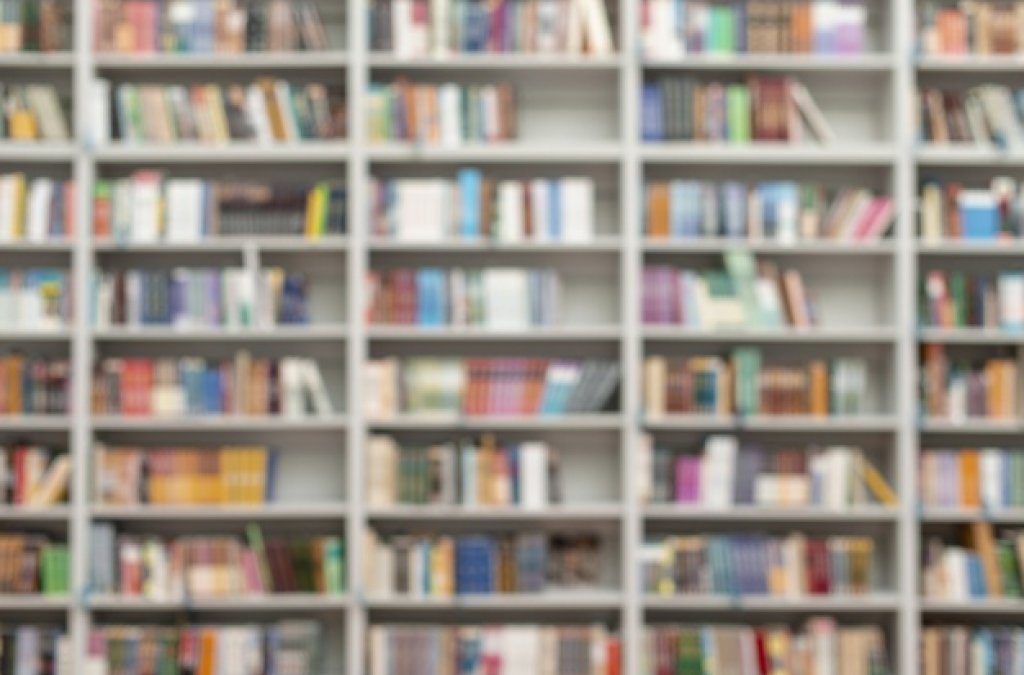 There si a tendency in young Slovak literature, observable since the 90’s, to avoid all kinds of labels and declarations of belonging to a particular generation or group of writers. Perhaps the last to

do so was the so called Barbarian generation, but former Barbarians now mostly belong to the younger middle generation. Collective acts and collectivistic tendencies or concepts are now history – only occassional groups are formed today, usually around some particular event (such as literary competitions) or literary magazines and publishing houses (such as the magazines RAK, Romboid, Vlna (Wave), Trištvrte revue (Three-Quarter Review) or publishing houses L. C. A., Drewo a srd etc.) Individuality and uniqueness is the present trend – and that is the motivational force behind the circle of autonomous young prose writers. As far as genres are concerned, short story certainly prevails; attempts at novels are rather rare and if there were a few during the last years, the result was neither succesful nor convincing.

However, despite proclaimed individualism, young writers have quite a few features in common. As their means of expression are not too distinctly differentiated, it is possible to detect the main streams and basic features in young Slovak prose. In general, there is a strong tendency to use irony, practical jokes and puns, there is an obvious intermingling of the real and the fantastic often leading to unexpected, even shocking climaxes. Other characteristics include breaking up the traditional story, attempts at new forms, accentuation of  the narrator’s position, mixing of genres, intertextuality, fragmentariness and even incompleteness.

Young authors are attracted mainly by inventiveness and playfulness – the stress is on experimenting (breaking down and reconstructing the story) and playing (with the reader, with narrators, with composition, with the plot etc.). The act of writing – commenting one’s own writing, writing about writing, making references to oneself – has become the most popular cliché. Creative process is seen as an intellectual pastime with many possibilities and variations, offering alternative solutions. Motive chaining as well as metatextual and intertextual references are frequently used elements. The style is quite relaxed and characterized by boundless imagination, especially along the line of irony and eccentricity. Many anecdotes are based on comical qualities of language, the genres intermingle and  parody is used within the general framework of parody/anecdotes. In many instances intentional writing ambitions and literary courses had decelerating rather than accelerating effect: young authors’ attempts at Literature with capital L often lead to unnatural artificiality. Experiments are not done in the name of searching new possibilities of artistic imagination but, more likely, for the sake of showing originality and nonconformity of the author.

As far as themes are concerned, loneliness is number one on the imaginary list. There is a whole scale of various forms of loneliness ranging from the extreme to reflectiveness and psychological depths (paranoic fear, autistic states of mind, emotional deficiency...).

From writers who débuted during the 90’ three have assumed a permanent position on the literary scene, namely Tomáš Horváth, Vladimír Balla and Michal Hvorecký. Each one of them became known for his distinct and original style.

Tomáš Horváth (1971) has a way of connecting formal literary education and his personal liking for the „fallen“ genres. His five collections of short-stories Akozmia (Akozmia, 1992); A Few Sudden Configurations (Niekoľko náhlych konfigurácií, 1997); The Marionettes Murder (Vražda marionet, 1999); Beastliness (Zverstvo, 2000); The Spectator (Divák, 2002) are representative of the „impersonal“ style which accentuates the concept that the author as an institution is dead and words gain full sovereignty. His creative strategy is based on intertextual and intellectual play within which genres and styles of the so called „low“ literature and pop-culture are transformed and innovated (classic mystery and detective fiction, adventures and criminal stories, gothic novels; action movies, computer programs etc.) in the form of paraphrases and imitations (pseudogenres). Constructions, imagery and vocabulary of these genres are used with tongue in cheek (parody, irony, persiflage, mystification) and immediately confronted with constructions and expressions from an altogether different level (literary theory, philosophy). Very important themes are referencies to oneself, writing and epical categories with the ever present motif of creating and generating texts, combinatory and cyclic principles. Horváth’s proses simulate mystery stories but they are left open and their meaning is rather vague – absurdity and irationality prevails. Disturbing, tense, excited and paranoid states of mind of his heroes make for an adequate emotional background.

Vladimír Balla (1967) whose literary name is Balla elaborates on one theme ever since his début Leptokaria (Leptokaria, 1996; 2.revised edition 2000) and it is the theme of deeply felt Heideggerian existential anxiety and fear of being in a world full of absurdities and overt hostility. This theme is accompanied by another one – the inability to communicate and loneliness as the only framework for authenticity, because even as two people join in the act of love it is still „twosome loneliness“ (described by the German word „die Zweisamkeit“). It is this thematic framework that all Balla’s works are based on, namely Outsideria (Outsideria, 1997); Gravidity (Gravidita, 2000); A Quiet Corner (Tichý kút, 2001); Unglik (Unglik, 2003) – which are very similar to each other. In the context of a fragmentary story we find rather manneristic and lengthy descriptions of almost paranoid existential anxiety using intertextual references, paraphrases, irony and parody. Because harmony is no more than an anachronism for today’s postmodernist author, intrinsic chaos and destruction is dominant. Balla’s literary protagonist (many times practically identical with the author) is a passionate cultivator of his own egoism and individualism. Life from his perspective is absurd, it is a space of psychological traumas, physical suffering and dismay, full of unfulfilled hopes and disappointments. There is no place for interpersonal relationships in Balla’s short stories, the outcome is always the same: man eventually stays alone. Imagination – absurd and sometimes  pathologically escalated – does not bring relaxation, it is a threatening situation which gives even more space to psychoses.

Michal Hvorecký (1976), since his début in 1998, became a prose writer focused on the life style of the young generation. His short stories in the first collection Strong Feeling of Cleanness (Silný pocit čistoty) are closer in style to science fiction and cyberpunk, whereas his second book Hunters & Gatherers (Lovci & zberači, 2001) was inspired by pop culture. In both books Hvorecký elaborates on and changes his perception of reality. The first gives a picture of man in crisis, a renegade, an outcast, a fugitive, while the second shows the world governed by commerce, advertizing campaigns, consumption, mass media and supranational corporations. This theme is central in his first novel The Final Hit (Posledný hit, 2003). All three books reflect the characteristics of the life style typical for today’s young people („no interest in politics, general consumerism and adoration of popular culture“). The common setting is sometime in the future, where these characteristics are exaggerated and ironically shifted to the point of absurdity (which, from the perspective of his literary protagonists, is the source of life-threatening situations). Sitcoms, models, hypermarkets, street-parties all serve him as model phenomena. In this context he writes about programmed manipulations, about those who are manipulated and those who manipulate, confronting real life experiences with the virtual reality of media. If there is a rule in consumer society that thoughts are no more than formulas – so the consumer doesn’t have to make any effort – Hvorecký deciphers these formulas and illustrates them by means of a story, using commercial strategies and techniques. The rhetoric of mass culture is used in his texts, though in altogether new circumstances, as part of an intellectual game and reflection, presented in a different light – as a target of irony and doubts – and thereby critised.

Of course, there are more young authors on the literary scene than the three mentioned above. Among those with distinct poetic are: Jana Beňová – spontaneous lyrical nad playful recordings of her own experiences – Twelve Short Stories (Dvanásť poviedok) and Ján Med (Ján Med, 2003); Peter Macsovszky – pamphletic comments on contemporary ideologies – Fabricoma (Fabrikóma, 2002); Pavol Rankov – psychological prose with elements of fantastic realism, often with shocking outcomes – After Some Time (S odstupom času, 1995, 1999), Us and Them/Them and Us (My a oni/Oni a my, 2001); Viliam Klimáček – parody, eccentric gestures – A Virgin Man in the Underground (Panic v podzemí, 1997), Vanya Krutov (Váňa Krutov, 1999), Nadya Has Time (Naďa má čas, 2002), English Is Easy, Csaba Is Dead (English is easy, Csaba is dead, 2004 – under the pseudonym Peter Doktorov). The two coauthors Eman Erdélyi – Marek Vadas also build their works on irony, eccentric excesses, fun and games – University (Univerzita, 1996), Devil Under the Hat (Diabol pod čapicou, 2002). Their short, abbreviated texts from the collection titled Devil Under the Hat  are full of bizarre ideas, fantastic adventures, speculative plots and irrational endings, based on parody and travesty of traditional detective stories, criminal thrillers and blood dripping spine chillers, however these texts are more like exercises on a given subject or sketches, than elaborately written short stories.

Marek Vadas followed the same line in his book Why Death Laughs (Prečo sa smrtka smeje, 2003). Absurdity reinforced by expression is the most conspicuous feature of his mostly bizarre hyperbolized stories, episodes and snapshots. However, Vadas is obviously trying to find different positions. Although his imagination is focused on violence, brutality, pain, fear, anxiety and pathological behaviour, his sketches have symptomatic undertones of parody and irony (through situations, genres or style).  Vadas often uses black humour and shocking outcomes with final meanings reaching the point of nonsense. Prearranged unexpected turns oscillate between fantasy and reality with qualities that are more venomously bizarre and crazy than calming and normal.

Close encounters of the world of reality and fantasy – the main thematic line in contemporary Slovak prose – are used also by Silvester Lavrík. His collection of short stories Allegro Barbaro (Allegro barbaro, 2002) shows attempts to break the realist perspective within the context of realism in general and the author accomplishes this by blending nonsense and absurdity with reality. Lavrík adds the irrational or the nonsensical to episodes from everyday life and gives them another dimension of fantasy. He disturbs proportions and by using absurd moments he tries to point to states of emotional discontent and loneliness. The feeling of loneliness is also characteristic for the promising young woman writer Monika Kompaníková – A Place for Loneliness (Miesto pre samotu, 2003) – who uses a more traditional approach (psychological view of emotional life and everyday problems of young people).

Apart from these authors quite a few débuts appeared recently that seem to be promising. Though in some cases one may criticise disproportionality in their writing and maybe themes, authors like Miro Čársky – 1872 km From The Sea (1872 km od mora, 2002) and Svetlana Žuchová – Dulce de leche (Dulce de leche, 2003), but also Peter Pavlac – The Laughing Game (Hra na smiech, 2001) and Peter Krištúfek – Inaccurate Place (Nepresné miesto, 2002) have shown their ability for literary articulateness and persuasion, a sense of naming things and grasping details. However, to become genuine narrators, they have to find their story.

CULTURE IS THE BEST BRIDGE FOR NATIONS TO GET CLOSER

INKA MARTINOVÁ: How did it happen that you started to be interested in Slovak literature and started translating Slovak authors into Arabic, although the profession… 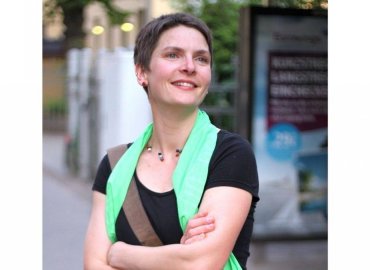 In Lit_Cast Slovakia #13 translator Marie-Theres Cermann talks to Julia Sherwood about persuading German-language publishers to give Slovak writers a chance, about… 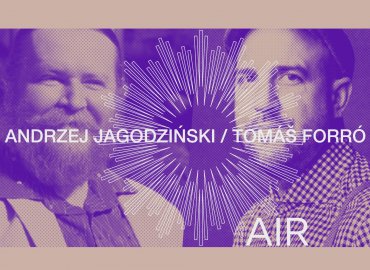 During the course of each residency an event takes place in Banská Štiavnica at which the translator – author tandem is introduced. On Friday, September 4th,…