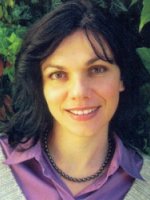 FULMEKOVÁ was born in Bratislava in 1967. She graduated from the Faculty of Arts of the Comenius University in Journalism. After her studies, she worked at Ústav literárnej kritiky a divadelnej dokumentácie, and after a couple of months, she started working in the magazine Literárny týždenník as an editor. In 1992, she became the head of culture of the daily Telegraf, and after it ended, she worked as an editor in the women's magazine Štýl. In 1997, after the maternity leave, she became the editor in chief of the esotheric  magazine Orientácia where she spent 8 years. While there, she worked with numerous writers. She has been a freelance writer since 2004. Her texts have been published in magazines: Miau, Wellness, Emma, Reader’s Digest, Sme, Slovenské pohľady, Romboid, Rak and Vlna, and she also collaborated with Rádio Devín. She lives in Bratislava.