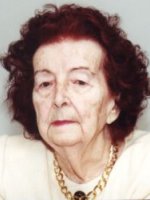 Vrútky
Bratislava
Genre:
ya and children's books, , radio production, screenwriting, general fiction, theatre & drama & film
The wide-ranging prose work of Hana Zelinová is built mainly on a dominating authorial voice which is strengthened by a selection of attractive themes for novels and the ability to tell a story with elements of a secret, with dimensions of fateful life conflicts. This has secured for Zelinová's books a permanent and mass interest in her readership. Her first novels were inspired by Scandinavian literature which in the early 1940's was very popular in Slovakia.
While the novel, Harbour of Peace, shows the fate of one landowner's family, the trilogy, The Angel's Earth, was directly influenced by northern sagas. It is
a celebration of patriarchal relationships in untamed nature. Here a "natural man" becomes the ideal; this caused in the post-war reality a polemical discussion about "angellike landowners" and the call of critics for Slovak prose to return from unrealistic and social isolation to the reality of the times.
The limited principles of social realism had begun to be incorporated into prose and this was alien to Zelinová's naturalistic prose.
After ten years of silence her novel The Devil's Czardas was published, an interesting psychological study of a family with the dominating character being a despotic grandmother. From this time Zelinová's prose work can be divided into two main lines: novels from Slovak history and stories dominated by the world of women.
From the point of artistic depiction the most successful (among historical novels) is the Turiec trilogy Elizabeth's Courtyard, The Call of the Wind, and The Flower of Horror, "a long tale of the Fabricio family's curse" where the author succeeds in joining the fate of a landowner's family with well-known historical and regional facts. Thus she creates a tale with many remarkable protagonists. The author's capacity to develop a complex story with elements of mystery was also employed in a saga of the Mikuláš tanners (The Silk Road, Thirst, The Winding Flight of the Butterfly), which again shows very attractively the penetration of a savage capitalist element into the patriarchal world of a family of Liptov tanners. Beside these wide-ranging historical cycles, Zelinová continued writing psychological stories from contemporary life mainly from the 1990's (Wine of Kings, Two Words, It Also rains in Paradise), which have reached a wide readership. This demonstrates that Zelinová is able to attract many readers with her stories strengthened by their ingenious composition and engaging subjects.
Anton Baláž
Read more 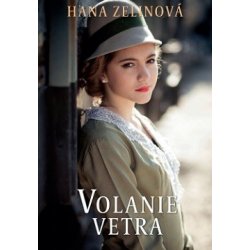 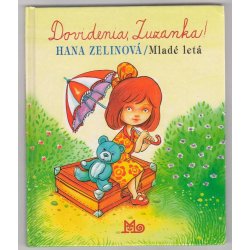 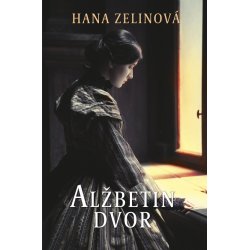