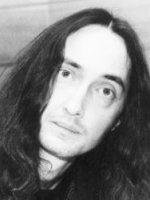 Zvolen
Genre:
poetry, , general fiction
Ivan Kolenič entered literature as a controversialist and nothing has changed since then. His first book of poems Brought by the Storm not only enlivened the literary scene by causing critical debates but it also marked a major shift in young poetry of the late 1980's.
Kolenič came with new understanding of sensitivity focused on spontaneity, sensuality, intimacy and carnality. His collection expressed feelings of a young man - the bohemian, the individualist, the outsider refusing to conform to social conventions and generally acknowledged values. The most important things for him are love, freedom, enjoying life and music (inspiration by jazz and blues is dominant). The eccentricity of this highly stylised collection grew from deformities and enlargements of the world of fantasies, visions, memories and dreams. Apart from his own imagination, Kolenič was inspired by the works of American beatniks and by the surrealist movement. Spontaneity was closely related to his improvised poems. Kolenič used expressive language that was meant to shock. His collection was received as a statement of one generation and together with Jozef Urban's debut Little Raging Robinson (1985) marked the coming of a new generation of authors. The first book of Tatiana Lehenová, For Refined Society (1989) has been labelled its "female" counterpart - in the sense of expressing new sensitivity by poetical means. In his second collection titled Rock and Roll Kolenič continued to present himself as a hot-headed rebel whose aim was to shock and provoke. The revolt against normality was expressed rather aggressively in themes related to general breaking of rules and regulations. The lyrical expression strongly influenced by rock music was highly brutalised. As Kolenič's later books were still full of the abnormal and the perverse (cool sex, alcohol, and violence), the critics characterised his work by words like pose, mannerism or ornament.
During the 1990's Kolenič's literary activities are closely connected with the group of the so-called "Barbarian generation" (J. Litvák, A. Turan, K. Zbruž). His poetry has shifted towards the decadent fin de siècle art. It dwells on decadently stylised blue moods and depressions, demonstrations of carnality and eroticism but also on the search for the ideal of pure love. Although the breaking of the taboo and non-conformance to social standards is still present his, until then traditional, substitution of the normal and the conventional by the extraordinary and the eccentric now results in descriptions of eternal values (love, peace, redemption). Eroticism is perceived as a touch of the sacred. The characters in Kolenič's books are seemingly perverted and frivolous but in their essence they are melodramatic. Underneath obscenity and corruption one is supposed to find inner purity and innocence. However, the ironic-sarcastic distance cannot suppress a certain rigidity of the basic scheme.
Kolenič gradually moves into spheres of crude sentimentalism, peculiar self-righteousness and didacticism which some critics take as a proof of creative stagnation, while for others it is a confirmation of his extraordinary sensibility and original ability to show, through "intimate vomit", the corruption of our times.
Dana Kršáková
Read more 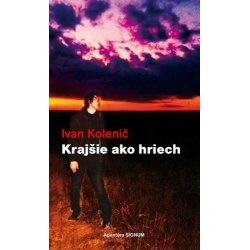 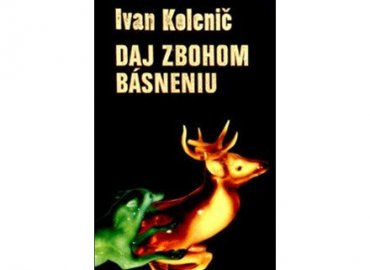 Humour and irony in cultural confrontation