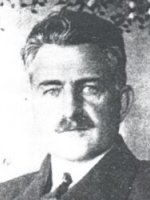 He brought poetry full of personal things, resulting from a persona lity split, a gulf between our fathers` faith and the age of scientific opinion, between the acceptance of positive forces and scepticism, between the trusting and the tormented heart. Because of passionate intellect, he was a personality who did not wish to conceal this gulf. In this poetry the patriot is taken over by a man, an "internal" man, for whom the nation`s affairs take a back seat, for whom reflection, meditation, the muses, are central, who persistently struggles with himself, his own irrational existence, analysis and self-analysis.

Ivan Krasko arrived to replace Hviezdoslav. To overcome this massif, this mountain of poetry, with its unresisting columns, was no easy task. Krasko performed it in
a way that reformed values, relaxed spasm and cramp in relation to poetry and the nation. This cramp had probably evolved as part of literature`s long struggle for the nation`s existence. He simplified nothing, yet nevertheless eased this relationship. He opened poetry to the individual in a way so captivating, that as though by the turn of a key, the individual opened to poetry. This is a significant gesture, a shift to 20 th century poetry. Krasko is therefore the first Slovak poet whom even the modern reader reads as his own, identifying with his poetry without a literary, historical or personal distance.

Krasko`s work withdraws into the past. It is interesting to see him on this visionary journey: he becomes perhaps less urgent, his dramatism particularly charms young readers.

Krasko`s work has become a criterion of Slovak poetry itself. Krasko also attracts as an author who significantly depicted man`s situation at the turn of the 20 th century, and we, too, are experiencing the next turn of the century... The poet approaches us by depicting the human psyche in a modern way, by depicting the inner world of the individual, relationships with others, their mysteries, the secret of human existence and existence in general, by his vision of national existence, society, by his anti-narrow-mindedness, by introducing and uncovering deep problems, by his restless analyses and awareness of human commitments.