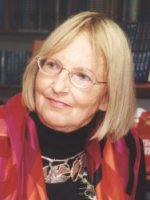 A prominent member of the so-called Generation 56, a group of young authors that entered Slovak literature after the fall of Stalinism and the subsequent political "thaw", one of whose results was the foundation of the literary magazine Mladá tvorba. Instead of large historical canvases typical for the generation that fought in World War II and in the Uprising against the German occupation, these people concentrated prevalently on the literature of everyday life, on themes that captured the interest of young readers through their mundane quality, spontaneity, a new use of language and especially through a new vision of reality. She spent her childhood moving between the Czech lands and Slovakia. She started her secondary school in 1945 in Prague, but finished it in Bratislava. In 1950 she started to work in Slovak Radio and at the same time she studied at the Philosophical Faculty of Comenius University. From 1954 she was a journalist on the staff of the youth daily Smena. In 1956 she was dismissed from the editorial staff for political reasons and found employment in the Gardens and parks services of the city of Bratislava. At this time she was banned from publishing her work, but after 1958, with the arrival of a political "thaw", the embargo on her publishing was lifted. She began working as a journalist and freelance writer. In the early Sixties she belonged among the most important authors of Mladá Tvorba (Young Writing), a magazine, which at the end of the Fifties opened up space for the young literary generation. In 1968, after the occupation of Czechoslovakia, she emigrated to Canada and her family settled in Toronto. In 1971 she was expelled from The Union of Slovak Writers, the publication of her books stopped, and the critics of the period of 'normalization' erased her name and her works from Slovak literature. In Canada she first started to work with several theatre groups, in 1975 she worked in the Slovak broadcasting of the International Radio Service of CBC in Montreal and since 1976 she edited a magazine for Slovak and Czech emigrés published in Toronto and called Nový domov (New Home). From 1978 to 1989 she worked for the well-known exile publishing house of Josef Škvorecký called 68 Publishers. In 1988 she moved from Toronto to the small university town of Guelph in the Canadian province of Ontario where she lives at present. Since 1989 she has several times visited Slovakia, where her books started to appear again - both her works from the Sixties as well as those written during her Canadian emigration.