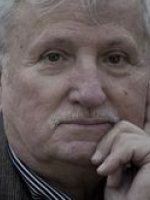 Bratislava
Genre:
ya and children's books, other, poetry
Kamil Peteraj published his first poems in the magazine Slovenské pohľady in 1964 and his first collection Orchard of the Winter Birds appeared the following year. In his début and also in the next two collections, Time of the Violin and Queen of the Night, he followed to a certain extent the poetics of the dominant Concretists group (also known as the sensualists). The poems in these collections are typical in their rich associations and broad imagination based on emotional responses to nature.
In the volume A Walk with the Evening Star, the author enriches his experience with the theme of childhood and love, creating verses which can be described as gently lyrical. The collection Lipohrádok is unique in the development of post-war Slovak poetry. Through a rich and original imagination he leads the reader into the world of "little nature", taking him closer to the world of herbs, flowers, leaves, and beetles. Nevertheless, it can`t be described as rustic poetry because through the medium of
a fragile, vulnerable world the poet talks about the vulnerability of the individual, expressing the need for harmony in human existence.
In the collection Faust and the Daisies Peteraj`s poetic style changed. Also here one can find poems perceived as pure lyrical impressions, but when compared to the prevailing fantasy world of previous books, its poetic power comes mostly from
a concrete, precisely identified and fully comprehended world. In some texts there are expressive attributes of what is known as the civilisation lyric. Peteraj raises actual problems of his contemporaries, problems of an intimate and social character, but through the medium of original metaphor he touches also universal themes such as acknowledgement of the limits of death experience. In this collection a shift in lyrical construction can be detected. Whereas in the first collections Peteraj expands his poetic imagery and the meaning of metaphor was distinctively ambiguous, here the meaning of individual poetic images is more easily identified, more precise, the motifs are connected to specific events of material and spiritual character. This appears also in the collections One Minute Poems and Consolations / Maxims / Telegrams where Peteraj maps issues of human inter-relationships and feelings of alienation. With regard to the latter book there is a precise urgency in expression which results in the appealing tone of many of the poems. Peteraj demonstrates
a feeling for both language and situational paradoxes. In the collection A Lyrical Promenade Peteraj is inspired by commonplace events in human life whose description he enriches through reflection with telling observation. Peteraj`s inclination to gnomic utterance reaches a peak in his books of aphorisms, Ships in Delirium subtitled Bon Mots and A Butterfly from Another Heaven.
An inarguable and equal part of Peteraj`s creative output is his work in the field of writing lyrics for popular music. He has been active in this sphere since the second part of the 1960`s and together with Boris Filan can be considered as one of the originators of the modern Slovak lyric. The beginnings of his text writing were associated with the legendary big-beat group Prúdy with his songs on their first LP - now a cult item - called Bells, Ring (1969). Since then Peteraj has written an enormous number of lyrics for the most important Slovak interpreters; many of them became long-standing hits. In his lyric writing there is a characteristic originality in motif and theme, employing poetic metaphor, unconventional, and original language and an unsentimental approach to reality. The aesthetic value of Peteraj`s work has been attested by the positive reception by both readers and literary critics of his lyrics books (Texts, Barefoot Love and Pop Texts). Read more 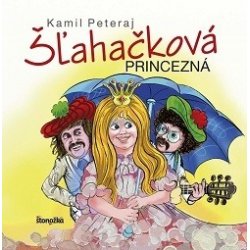 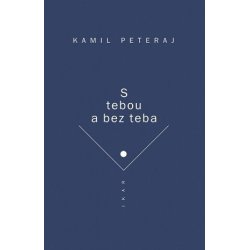 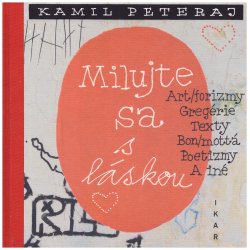