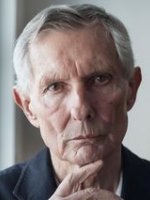 Born 2 April 1941 in Terany. He studied Slovak, history, and art education at the Faculty of Education in Banská Bystrica. For a short time he worked as a teacher. Then, in 1966 - 1971 he was an editor of Slovak Radio in Banská Bystrica and an editor of the journal Smer. From 1972 Ballek edited Slovak prose in the Slovenský spisovateľ opublishing house. From 1977 to 1980 he was director of the literature department in the Slovak Ministry of Culture, then he became deputy director of the Slovak Literary Fund. From 1984 he was first secretary of the Slovak Writers` Union until its demise in 1989. In the early Nineties he became politically active and represented his party as a deputy in the National Council of the Slovak Republic. From Spring 2001-2008 he was the  Ambassador of the Slovak Republic to the Czech Republic.