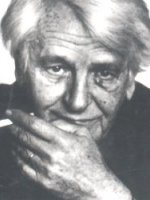 Valašské Klobouky
Bratislava
Genre:
journalism, poetry, , general fiction
Ladislav Mňačko was essentially a journalist, who, nevertheless had artistic ambitions from the start. He entered literature in 1945 with the play Partisans, written in Czech. He also tried his hand at poetry, and his satirical verses were successful (Drums and Cymbals). He became famous as a prose writer, mainly through his novels Death is Called Engelchen and The Taste of Power. In the first novel he expands on a theme of the fight against German Fascism, the second is a sharp criticism of the personality cult. The subject of the first novel is based on the motifs of guilt and morality. Facing German oppression the partisans retreat from the village of Ploština, the Germans burn it down and massacre its inhabitants. Mňačko focuses also on the fate of a Jewish girl who sleeps with high German officers in order to get access to classified information which she delivers to the partisans.
In the novel The Taste of Power the author posed the question of when and under what circumstances communists, fighters for a more just society, became absolute rulers over life and death of ordinary people. It is a novel-pamphlet in which epic evocation is absent. It covers a range of situations and episodes, incriminating a former partisan commander and later important political actor of betraying communist ideals and usurping absolute power.
Mňačko`s publicism from the beginning of the 1960`s marks the road to this novel, mainly the book Overdue Reportages, where he came to terms with the political trials of the early 1950`s which convicted the so-called bourgeois nationalists and Zionists. The trials started political deformation, the harassment of innocent people, and the fabrication of spies and other so-called enemies of the regime. The trials, which often ended in execution, spread fear throughout the whole of society. Mňačko decided to write the truth about this period: "I said to myself that the fear that paralyzed me could destroy me. This fear was hell. Victims were selected at random, no-one knew what they were accused of, why they were accused, what their sentence would be. I told myself, stop the fear and make them afraid." In the book The Seventh Night Mňačko definitively came to terms with "real" socialism and the communist idea of changing the world. He openly admitted his own errors and apologized for them. Read more 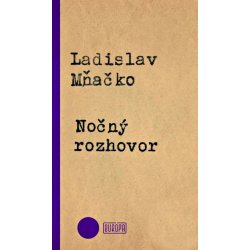 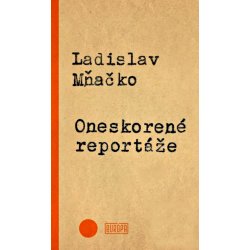