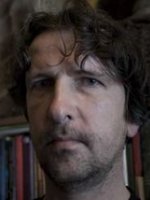 Košice
Genre:
general fiction, other, ya and children's books, literature

Marek Vadas brings together traditional African storytelling with darker existential stories that come out of the European cultural tradition. During his numerous trips to Cameroon he learned about local culture and became an advisor to the king of the small kingdom of Nyenjei. In his mysterious short stories, Africa is present as the backdrop against which reality intertwines with fantasy, the living with the dead, and the low with the sacred.  His stories are filled with irony, dark humor, and absurdity.  The reader crosses a boundary beyond which the fantastic is completely natural, matter-of-fact, and quotidian, similar to fairy tales and myths. Vadas has won the Literary Fund Prize in 1994 for his Malý román (A Short Novel, 1993), the Bibiana Prize for the best children’s book of the year 2004 for his Rozprávky z čiernej Afriky (Stories from Dark Africa, 2003), and the most prestigious award for fiction in Slovakia, the Anasoft Litera Prize 2007 for his collection of short stories Liečiteľ (The Healer, 2006). His children’s book Útek (The Escape, 2016), illustrated by Daniela Olejníková, won the Golden Apple Award at the Biennial of Illustrations Bratislava in 2017, and has been translated into multiple languages.