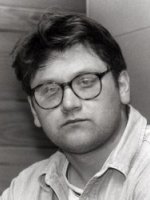 Čadca
Genre:
literary science, other, poetry, , general fiction
Although the lyrical persona of Marián Grupač is self-centred, he is not a poet-Narcissus. In his poetry he does not concentrate just on his own ego, he equally well perceives, feels and poetically interprets other egos, the life experience of others. His poetry has a clearly reflective character. With great relish he seeks out "unhackneyed" words (archaisms, dialect lexical items), although being fond of experimenting with neologisms. Formally, his verse ranges from a firm rhythmic and rhyming scheme through rhythmic free verse to poems in prose reminiscent of surrealism. Grupač is a well-read author and his poetic 'teachers' may be seen in Štefan Moravčík or Vojtech Kondrót as well as the poets of the inter-war avant-garde. The joy of creation and life is characteristic of his work, and it is often a motivating part in individual texts: we can find this especially in the collection The Irritating Rain. Joy in life for Grupač is closely connected with physicality in its well-known dimensions: the minimising of the spiritual (religious) and an inclination towards the erotic. The result is vitalism - a determination to live fully in every moment of one's life, which may be found, for example, in the opening poem EARTHtremors: "Death / is good / only for / the dead" or "Oh wretched one! /Leave your soul to God / because since summer / your body has flown / to me / Forever ..." from the collection The Irritating Rain. The themes of Grupač's stories in From an Attic in Europe are thematically heterogeneous: from narratives of village drivers and aging bachelors to urban themes: drug abuse and emigration, which means living life at the borders of morality and amorality, legality and illegality. Behind the stories is Grupač's remarkable life experience as a paramedic and also his knowledge of contemporary Slovak and foreign literature. Grupač knows how to penetrate the destinies of his protagonists to bring them closer to us in astonishingly fabulated tales.
His book From an Attic in Europe has met with a positive response from readers and critics alike. His novella Sinful Thoughts describes the coming of age of a young apprentice who lives away from home in a hostel. It takes the form of a series of letters to the father who has deserted him. The remarkable plot line of the novella is balanced by the thoughts and reflections of the young protagonist who fights for his place in the sun in unenviable surroundings and in a period of uncertain moral values after the fall of Communism. The young hero is plotting on his own a map of the past and considers the possibilities for a humane future for the individual and the world in which he has found himself. Marián Grupač also writes literary journalism and reviews. Read more 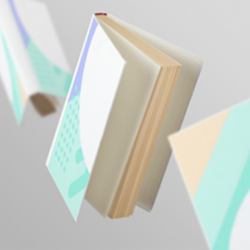