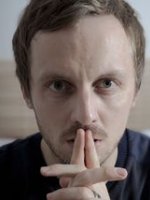 Michal Hvorecký is a writer, journalist and translator. Since the 1990’s he has been an essential figure of the progressive stream of Slovak literature. He is the author of popular collections of short stories and novels such as Silný pocit čistoty / Strong Sense of Cleanliness (1998), Dunaj v Amerike / Danube in America (2010) and Wilsonov (2015). His book Trol / Troll (2017) was published in several languages. Hvorecký has also written for children, e.g. the book Bratislava. Čarovná metropola / Bratislava. The Magic Metropolis (2019). He is also the author of the text for the comic book about the Velvet Revolution, Čierna oslava / A Dark Celebration (2019). He has translated several literary works from German, including The Emperor of America by Martin Pollack and the graphic novel Nick Cave by Reinhard Kleist. Michal Hvorecký is also a regular commentator of current events, and he writes about Slovakia for German newspapers and magazines.