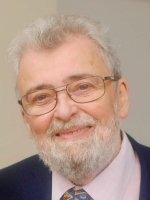 PETER SHERWOOD taught at the School of Slavonic and East European Studies (now part of University College London) until 2007. From 2008 until his retirement in 2014 he was Distinguished Professor of Hungarian Language and Culture at the University of North Carolina at Chapel Hill. Now based in London, he has translated from Hungarian the novels The Book of Fathers by Miklós Vámos (2006, 2009) and The Finno-Ugrian Vampire by Noémi Szécsi (2012), and collections essays by Béla Hamvas (including The Philosophy of Wine, 2016) and Antal Szerb (Reflections in the Library 2017), as well as many Hungarian short stories and extracts from novels, as well as poems, film scripts, and works for the stage. His co-translation (with Erika Mihálycsa) of Zsuzsa Selyem's It's Raining in Moscow is forthcoming, and his version of Ádám Bodor's novel The Birds of Verhovina is scheduled to appear in 2021.  He was awarded the 2020 Árpád Tóth prize for translation from Hungarian and the dissemination of Hungarian culture abroad. The Slovak authors whose works he has co-translated with his wife Julia Sherwood include Daniela Kapitáňová, Jana Juráňová, Peter Krištúfek, Balla, Uršuľa Kovalyk, Pavel Vilikovský and Ivana Dobrakovová.