I Need Some Distance from the Present 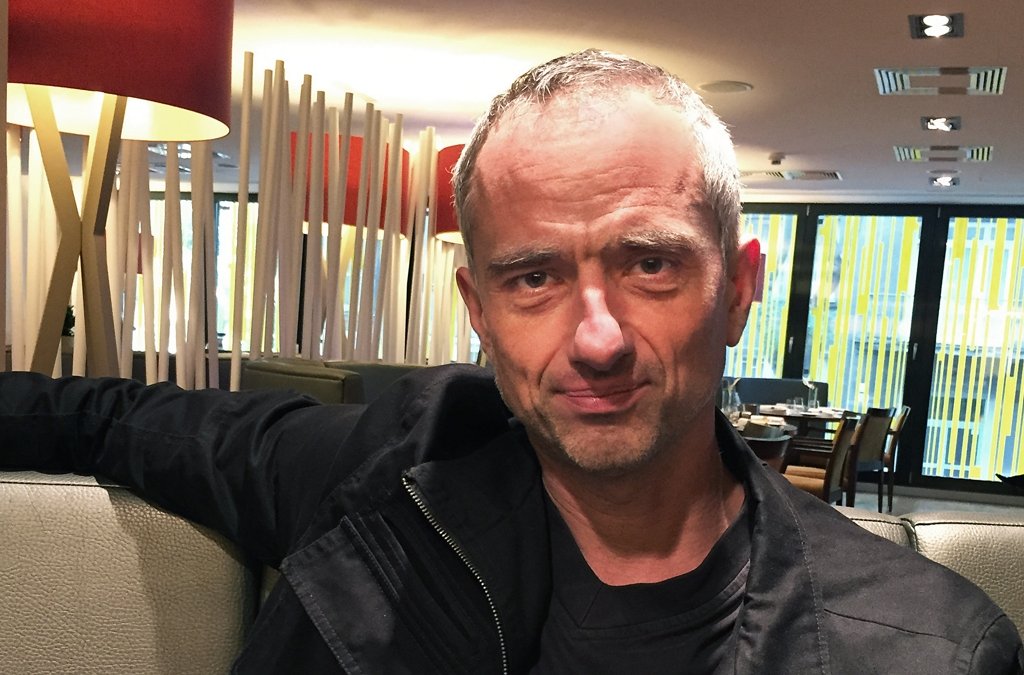 Pavol Rankov's novel Stalo sa prvého septembra (alebo inokedy) / It Happened on the First of September (or Some Other Time) expanded its readership beyond Slovakia a while ago. In latest news, it won the European Book Prize 2020. A committee of 13 journalists from European media decided on the laureate of the prize, awarded since 2007. They have praised Rankov for "a great contribution to researching the memory and consciousness not only of the people of the Eastern block but of all Europe." Rankov humbly asserts that he sees the prize more as a tribute to the professional skills of his French translator Michel Chasteau. The translation and publication in the French publishing house Gaïa was supported by LIC / SLOLIA.

Your novel It Happened on the First of September came out in Slovakia in 2008. It has received recognition in Europe after it was published in France two years ago. Recently, you were awarded the European Book Prize for it. Were you surprised? Especially since the award came more than a decade after the book had been written.

I think saying the book received recognition in Europe would be an overstatement. Even though there were mentions about the prize in some of the more prominent French newspapers, or in their online versions, we see twenty pieces of news like this per day and maybe one of them sticks. I view the award as more of a recognition of the French translation than of the original Slovak text which the jury never held in their hands. By the way, so far, up until today (10th of January), the organizers of the European Book Prize had not contacted me, so who knows whether it's real. As for me, I consider the Angelus prize awarded in Poland to be the most important recognition It Happened on the First of September has received. It also resulted in various spontanoues offers for the book to be translated into eastern European languages.

The jury has labelled your novel as "a great contribution to researching the memory and consciousness not only of the people of the Eastern block but of all Europe." How do you view your book?

It is true that the novel is about memory, and not only about collective memory. Before I started writing, I had asked my father to fish out as many memories from his childhood, youth and early adulthood as he could. That’s because he used to tell the most incredible stories about the fates of his friends and school mates. And he always concluded with the sentence: “But who’d be interested in that today.” I was interested. Many of these real events became episodes in my novel. For example, the totally absurd episode about the inventor of instant scrambled eggs is true and real, all I did was move it from the period of the Korean war to the period of the Vietnam war.

How long did it take you to prepare for the novel?

My father took about two or three months to write down his memories, they filled a whole notebook. I studied the European history of that era for about a year. In the beginning, I needed to line up some of the historical events that I remembered only vaguely into a precise chronological order, to check the accurate spelling of names, political and army functions and ranks and so on. Each name, however, each event, led me to other people and facts that were even more interesting. More interesting meaning more absurd, more dramatic and so even more incredible. No wonder that a SME daily editor wrote that I treat history in a haphazard fashion in my novel. Those things are really unbelievable so he thought I was making them up.

The town of Levice is slowly becoming famous thanks to your book and its translations. Why Levice? Because “Hungarians, Slovaks, Czechs, Jews, Gypsies, the family of the German Barthel as well as the family of the Bulgarian Rankov were meeting together at the local swimming pool?”

My father grew up in Levice, his memoir is about that. The place and the people are real. It was fascinating to me that when I asked about the nationality of certain people and families, he answered: “It’s impossible to say whether he was Hungarian or Slovak, even he wouldn’t know.” That was the amazing multiculturalism that WWII had destroyed. And I had no idea that that there were Bulgarians living in Levice as well, my father had no recollection of it. Only when I was being driven to a book reading, they pointed out a place through the car window and said: “Here was that Bulgarian colony of yours.” The Czechs call it “the magic of the unwanted.” By the way, at the readers’ discussion in Levice, a woman had told me she remembers many of the things in my novel but she doesn’t remember me. When I told her it was my first time in Levice, she replied that it was not O.K. to do things like that.

You were really in Levice for the first time only after the book was published?

I was exaggerating at that time. I had been in Levice twice before: once at the wedding of a cousin from my mother’s side – he had married to Levice –, and the second time I sat in the car of the Levice born and bred Kali Bagala, waiting to move on.

That’s just the date corresponding with the realization of the book. Naturally, it is impossible to say the exact day I began to work on the book and when I ended, but I wanted to play the game with September 1 to the end.

The original title, however, includes the words “or some other time” that the French edition left out. Was that also intentional?

Only right now – thanks to your question – have I checked the French translation and you are right, the parenthesized subtitle didn’t make it into the French edition. I assume that’s because it is not customary in France to have parentheses in the titles of fiction books. I rely on the translator. When it comes to translations, I only focus on the visual aspect of the book.

In the French edition, there are numerous footnotes explaining the context or show the translation of certain expressions from Hungarian. Have you discussed a similar approach with your Slovak publisher – to include footnotes with translations for those who do not speak Hungarian?

The novel is over-stuffed with the use of different languages: Hungarian, Czech, German, Russian, Hebrew. Translators used different methods to come to terms with it. In the Croatian edition, Slovak is translated and all the other languages are left in their original versions and there are footnotes with Croatian translation. The page then looks as if it a belonged to a richly annotated scientific publication. When it comes to the appearance of the page, perhaps the Arabic translation seems to us the strangest. Here and there a familiar looking word written in Latin characters appears among a sea of Arabic sentences. In the Czech translation, Slovak had been translated, of course, but Hungarian is left as is. One reviewer was asking why translate the language that the Czech reader understands but leave the language that he doesn’t. I didn’t have a solution how to translate the many languages used in the original either. So I always suggested to the translators to translate it in such a way that would make their readers happy. The Slovak publisher of the book was László Szigeti, who is bilingual so we never discussed this issue. But I had to translate some of the Hungarian bits to my mother.

Did you learn Hungarian from your father?

After the war, my father faced the question whether to live in Hungary or in Czechoslovakia. Since he was comparing the pre-war Czechoslovakia with war-time Hungary, Czechoslovakia came out as a better choice. That’s why he never felt like teaching me Hungarian. I only know a couple of basic words plus all the vulgarisms commonly used in Bratislava.

In one of the interviews you said: „History is full of moments when you think: you can’t make this up.” Do you think it is also true about the present? To what extent is the time we are living right now inspiring for you?

Pandemic, face masks, limiting people’s movements, empty streets, closed cafés – all of that is inspiring especially visually. It’s material for a dark love story – tragic, of course. Aside from Covid 19, however, the present does not seem that interesting to me. But I felt like this even in the 1990’s even though when I think back to that era or when I read about it, it seems pretty wild. I need some distance. But it’s also a kind of prejudice on my side that I hold against the present as a topic or material for a novel. I find authors who think they are living in the most interesting times and who try to artistically capture the present funny. I find the ones who think they and their lives are good book-material even funnier. And that is Slovakia’s literary mainstream: the author, the story-teller, the theme, the main character and even a few side characters all stem from the life of a single person.

How does the pandemic and the coronavirus crisis affect your life?

The difference between me and most people is probably the fact that now, in the new year, I seem to be more patient than others. I don’t have any more big – or even small –expectations, so I am affected less than those who still want something out of life but aren’t getting it right now. As a university professir I can say – together with my colleagues and students – that teaching online is more strenuous and more boring than live contact. I assume that the difference between live and online classes is the same as between live sex and pornography. The latter offers a larger variety of choice but it’s still not the real thing.

What project are you working on at the moment?

In the fall, a fairy tale book of mine came out which almost nobody noticed, so that motivated me to take a short break from writing.

Rankov debuted in 1995 with the short stories collection S odstupom času. After that followed the short stories collections My a oni/Oni a my (2001), V tesnej blízkosti (2004) and Na druhej strane (2013). He is the author of four novels: Stalo sa prvého septembra (alebo inokedy) (2008), Matky (2011), Miesta, čo nie sú na mape (2017) and Legenda o jazyku (2018). Last year, his fairy tale book Princezné a princoviacame out. He has received numerous international awards. The novel Stalo sa prvého septembra,which won the European Book Prize 2020, was translated into 14 languages. Most recently, it has been published in the USA. Rankov teaches at the Department of Library and Information Science at the Faculty of Arts of the Comenius University in Bratislava. 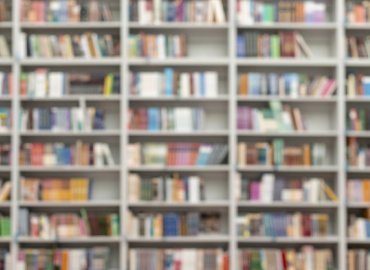 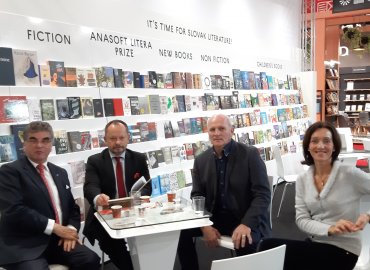 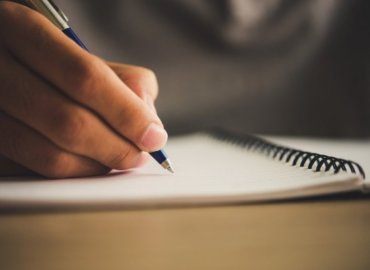 We would like to draw your attention to the upcoming applications deadline for the grant program SLOLIA. Applications received until 31 January 2021 will be…