Dušan Dušek: Right now I suppose I can only hope for that and wish Slovak culture, especially Slovak literature, success. If we ask what we have to offer the world community, there are a few authors and particular books which, going by my own experience as a reader, what I’ve read of Slovak and world literature, would be interesting for the world. A good foreign reader, the sort who takes an interest in his own country’s literature, could find a book by a Slovak interesting, just as I will be interested in a good writer from, let’s say, Finland, or a good writer from Bulgaria, or Austria, or maybe, at the end of the day, from Estonia. Wherever there’s genuine interest, certain books from minority literatures are accepted also. And we too have a few books which in my opinion would have a chance of finding interest and acceptance.

Miroslava Vallová: If an ideal foreign publisher were to make his appearance, which titles would you suggest to him?

Dušan Dušek: I’d certainly suggest something by Rudolf Sloboda, or one of Vincent Šikula‘s short stories. Some of his stories are splendid, especially those from his early work, which I regard as little jewels. They are genuinely local but at the same time with a universal reach. I‘d certainly suggest something by Mitana. I‘d suggest something by Vilikovský. And, let‘s say, something by Tatarka, for example I like the book Písačky (Jottings), although here it was characterised as mildly senile drivel, but to me it seems very interesting from the language aspect. If nothing else, I would have wished Tatarka to experience everything that he writes about there. One thing doesn‘t follow from the other. I read the work with delight as an old man‘s rhapsodies about a woman, about a woman‘s body, and it‘s not in the least important whether these things actually happened, and from that point of view it‘s a very fine book. Certainly, from those five authors I‘d be able to select something.

Miroslava Vallová: Do you think our authors are on a level with world-ranking authors?

Dušan Dušek: That’s always an individual or personal point of view. I think each of those authors that I’ve mentioned has one book, two, three, that could stand beside good books from any world-ranking literature, but that’s my view. I’ve never gone so far as to say, nor do I wish to, that such and such a book would certainly succeed. That’s not how things work in literature and art, that a given book will fare the way somebody thinks it will. What will be will be. I mean that the book must find some sort of natural, specific way of its own. I could be wrong about those five authors and some totally different Slovak author may suddenly emerge and begin to shine. For example, it may be young Hvorecký, or somebody else who is able to present himself and rouse interest. And I‘ll take as much pleasure in that as I would in anyone else‘s success. To some extent also it can be a matter of luck, chance and personal taste, who the book ought to address and through whom Slovak literature can reach the world. Or it can be a concrete individual who gets attached to the work and does something for it. I can speak here from personal experience about my own book which came out in Austria, Pešo do neba (To Heaven on foot); I made no efforts in that direction and I didn‘t even know that anything of the kind could happen. It happened precisely through this personal connection, when a man who was serving here as a diplomat came upon that book. He learnt Slovak and through reading our literature, which strikes me as an attractive method of language-learning, he made his way to this book. This man, Johannes Agner, found things there that reminded him of his own childhood. All of a sudden he felt that this was something akin. The local colour, the topography I was writing about in Záhorie (Western Slovakia), he could relate to the colour and topography of his childhood experiences, and of that place somewhere in the Kärnten region where he went on holidays to his grandparents. It was a fortunate coincidence, which resulted in this book being translated into German and appearing in Austria. For me this is all the more pleasing because I feel that it‘s genuine. But this particular method doesn‘t exclude other possibilities. For example, a strategic literary foray, such as I witnessed in Frankfurt five years ago. The Hungarians had their day at the Book Fair, and they had 150 books by Hungarian authors translated into German and, of course, they also knew how to present them. So, a planned venture, I don‘t know how it turned out, but the very gesture and a certain happy solicitude for that literature, that too is one of the possibilities for a literature to break through to the world.

Miroslava Vallová: You are a well-known and established screenplay writer. You have long years of collaboration with outstanding directors behind you, and you teach screenplay writing at the film faculty of the VŠMU (University of Musical Arts). What is the situation of Slovak films as regards getting through to the world?

Dušan Dušek: The expenses of writing are negligible when set against the expenses of making a film. Furthermore, when you write something and you have it in a notebook or computer, it‘s finished work. When you add a full stop after the last sentence, it‘s complete, and today, thanks to computers, you can send it to all your friends, put it on the internet. It‘s a finished thing that will do for communication. Whereas in the film, even when you have a screenplay, that‘s still only the flour for the bread, we still haven‘t even mixed the dough. All further phases of the process from that screenplay to the realisation of the film are just more and more costly, hence for a film to emerge requires enormous expense. And so the situation is such that the Slovak state refuses to support Slovak cinematography. On the other hand, voices are being raised here, saying we will lose our Slovak specificity. If we were making 10 Slovak films a year here and if we were told that in the European Union we‘d lose those films, then I‘d be inclined to be afraid myself. But as things stand I have no inclination to fear, because this couple of people, two a year, with their friends do in the end make some film or other. The very fact that with sweat and blood they‘ve written it and shot it and nobody makes any money from it at all, will be confirmation that it is a Slovak film. It‘ll be a Slovak film, because that much has been done. It is the property of that person who has invested his life in it and he will gladly offer it to the world, wherever there will be interest in it. Cinema offers enormous possibilities of communication. I experienced that when I accompanied the director Martin Šulík with our film Krajinka (Little country) to Canada, where we screened Krajinka before a capacity audience. And it was enough just to put titles on that film and already that was information about Slovakia. You can't so easily do that with a book. I would support film simply because if we make 5 good films the story will go round the world that we‘re making good films here. That interest can afterwards be extended to the entire culture.

Miroslava Vallová: What do you think of the present system of grants, the one we‘re using now? There‘s a lot of dissatisfaction with it. What form could it take, in your opinion?

Dušan Dušek: I honestly don‘t know how that grant system functions. In the first place, there should be some regular sum of money which the state is capable of investing in the creation of spiritual values. As a teacher I can say that every year the school has a few fine young film-makers. If it was in my power I‘d do something for them. Some time ago I said to the television director: Would you like to have a good second programme? Give our students two hours a day. It‘s possible you would have some negative reactions also, but I guarantee you it would be interesting.

Miroslava Vallová: But in your opinion should the state invest in these things or does it have to be left to the market mechanism?

Dušan Dušek: I‘m not sure what to call it, if it‘s the state or somebody else. For example, I know that in Finland there‘s an exact percentage reserved from lotteries, pools and gambling in general. I also know that Finnish writers can receive stipends for 5-15 years. Not only writers, but also photographers, artists, in short, people who have something behind them, who have already achieved something. For 5-10 years it is vouchsafed to these people that they will not need to worry what to pay the rent with or what to buy shoes with, and so they receive the opportunity to concentrate on their work. I consider it absolutely the most important thing to concentrate, not to be distracted. I don‘t want it to sound like someone demanding money, but if we want to talk about some sort of national culture ... even though I‘m of the opinion that to talk of national culture is utopia. There are simply the fine books of individual writers which were written on the territory of Slovakia or France or some other country. 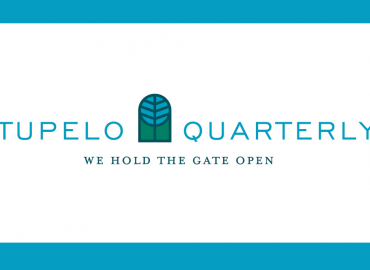 Slovak translator Lucia Duero has prepared a folio of Slovak contemporary poetry in collaboration with Jesse Lee Kercheval from Tupelo Quarterly. They met at the…

Photographs from the first day of Livre Paris 2019.