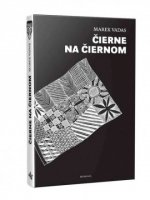 My father was a master among garbage collectors. Even from a distance he could determine whether some cast-off thing had any worth and whether he would be able, so to speak, to put it on the market.
From empty sardine cans and beer-bottle caps he used to make little cars, faithful models of the ones on the street, which he managed to sell in the pub before Christmas for 500 francs; that meant he could treat himself to a beer or, theoretically, a kilo of rice. In the pit behind the bazaar he was able, just with a fleeting glance, to discover cast-off parts which other garages might be willing to buy, and by briefly rattling a radio he would know whether something inside could be of use. At home too we have an absolutely perfect big radio that he fixed. He also collected cables, transistors and old batteries, but those were rare goods and made their appearance only a few times during the season.
Dad was always contented with everything. He never complained about the government or the rich. It was only the neighbours, sitting in the bar and seeking work there, who went on about such things to all and sundry. They didn’t want to have any clever ideas. On occasion Dad too would sit with them and sometimes he’d order a small round for them, but most of the time he was not to be found in the pub, or at home either. He was taking care of his business. As he used to say with pride in his voice, he’d found a chink in the market and grasped his opportunity.

A few days later Uncle Krištof came to visit us. Dad and he drank palm wine and talked men’s talk. Suddenly I heard:
“You see, before long the young fellow will be taking over my business. That right, son?”
I’ve no idea why, but instead of nodding enthusiastically, I just shifted my weight to the other foot, perplexed, and looked at the ground.
Dad was stopped in his tracks. He came over to me and lifted my chin with his palm.
“Why don’t you answer? You’re surely not going to tell me you don’t want to be a garbage collector?”
I looked away at an angle. I kept silent, even if I was imagining all those folding knives, watches, jewels and parade rifles that awaited me in my future work. Maybe my voice was overcome by those poisonous gases from the dump.
He leaned towards me, rolled his bulging eyes at me and roared:
“Ha! Young sir! And what would you like to be? Ha? A poet?”
In the word poet he invested all his anger and indignation, and with the p a shower of spit struck my face.

“What’s a poet?” I asked Jozef when I went to school next morning. Jozef is a few years older and he’s the wisest of my classmates, because he has attended each class two years in a row. He knows the answer to everything, and he is respected in the school accordingly.
He took from me the brawn baguette that I had for the break and explained to me that poets do nothing all their lives except write whatever comes into their minds. They fantasise. And they get money for that. However, they have to make the ends of their lines similar, which isn’t entirely simple. Not everyone can do that: to find the right word that rhymes and also makes sense. They also write speeches for presidents.
“Rabbits’ habits” I said immediately, and Jozef smiled broadly. My first rhyme was successful, because it made perfect sense and it scored with the public. To be a poet wouldn’t be too bad, just that I had to practice, to write out all the words and divide them in groups according to their similarities. I’d have them well prepared.
A few days later I had almost a whole notebook full, with densely inscribed pages. All the words I knew were in there. On one side, for example, were all the words ending with “ist”: journalist, pacifist, insist, artist, dentist, communist, persist, blacklist, and pianist. I underlined them with coloured pencil so as to separate them according to meanings. With this assistance it would be child’s play to compose poems. It was enough just to combine words properly. Right at the start I could see I had talent for poetry.
I didn’t understand why Dad thought so little of the profession of poet. A person sat at home and wrote instead of spending all day in the dump coughing in the rain, heating oneself in clouds of stinging black smoke and raking through rubbish. To say nothing of other employments.

For the moment I was going to keep that to myself. I decided I would present Dad with a fait accompli. I’d let him know as soon it was clear that I’d become a poet.
Pending that, I needed to devote myself to a presidential speech. Soon it would be the New Year and Independence Day, the 50th anniversary. I couldn’t have imagined a better opportunity to show off my capacities.

For my twelfth birthday I’d received from Dad, along with Coca Cola, a digital radio with an alarm clock. In the morning it would play a song for me, and I’d rush to school. A splendid way to rise! The radio only worked for a few days, but during that time I was able to listen to a whole heap of foreign words which sounded well and were used by politicians in interviews with people from the radio. For example, ‘electorate’, to which I’d already allied ‘fat’ and ‘certificate’, or ‘dispersal’, which sounded like a washing powder and could go with ‘vessel’ or ‘castle’.
I opened my spare notebook and wrote a letter with a presidential speech. It was shorter than I’d originally imagined it, but I managed to get some really good rhymes into it such as hunger – younger, gold – sold, or powder – louder, so that right at the first reading it would be clear to everyone that the author was a born poet, the genuine article. Mr. President spoke there about our young country, used many apt linkages of words that I had heard on the radio, and devoted a large part of his speech to rubbish and rubbish dumps. The citizens needed more rubbish, so that there would be enough for everyone and fights would not break out at the dumps. Only then, when there was sufficient garbage in every district, would all families have enough to eat. He would do everything to ensure that in the coming electoral period everyone would have as much rubbish as he needed at his disposal, so that all in the country were contented.
On the envelope I wrote: for Mr. President. For personal attention. I put it in the post and waited to see what would happen.

One morning the alarm clock on the radio did not go off and I overslept and came late to school. I missed the analysis of a poem, which became a fateful matter for me. Keats’s Autumn. At a further English class I wasn’t fully in shape, because I’d been washing plastic trays with Dad late into the night. I simply did not understand what the teacher was getting at. He was asking what Autumn meant, and what the seasons of the year were in Europe, and I was thinking of the President and dozing a little.
Mr. Thaddeus, a teacher whom I’d liked very much before then, asked me what Keats had in mind when he was writing about Autumn.
“About Autumn,” I replied, and to my great surprise that was a bad answer. Later he wanted to know which Autumn fruit Keats was describing, and so I named tomatoes, mango, grapefruit, avocado, and everything in our normal collection at home.
The teacher’s voice went hoarse.
My classmates were enjoying themselves. It seemed to me that there was a great big misunderstanding. I only read the poem afterwards. It wasn’t entirely clear to me why Keats had not put what he was thinking of directly down on paper but rather had written something entirely different. He wasn’t much of a poet. After all, if I want to write about death, I write about death, and not about fruit! And I rhyme regularly, for that matter!
“To Hell with them!” I said to myself. “Before long they’ll see what a real poet is!”

I did not receive any answer from the President to my letter. I went to enquire at the Post Office, but the pigeon-hole was empty, dust-covered. Once again the Post Office has mislaid the mail, I told myself, and impatiently I waited for the public celebrations. Maybe the president would thank me directly during his address.
Every morning I marked off a day on the kitchen calendar, until the occasion finally arrived. The streets were swept clean and decorated with banners. I put on long trousers and dragged my surprised Dad to the bar opposite, where they had an enormous colour TV.
“Listen, listen!” I had to admonish him, because he sat with his back to the screen and amused himself talking to the neighbours about some stupidities.
For a long time we gazed at the military parade and the colourful processions with their banners, and I had constantly to keep turning Dad around, because he wasn’t even slightly interested in all that.
“It’s coming, it’s coming,” I repeated to him I don’t know how many times, and finally it came. The President spoke for two hours, but somebody else had written what he said. He didn’t use a word from my speech, not even one of my successful rhymes.
I had a feeling of desperation. Dad sensed that something was going on. I didn’t have the slightest inclination to explain things to him. Nor did I want to finish my raspberry juice. He took me by the hand and we went away. And then I asked him something which, even that morning, I could never have imagined:
“When are you going to take me to the dump again?” 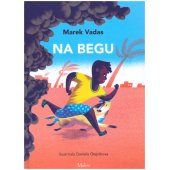 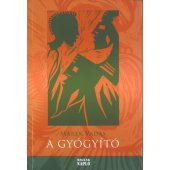 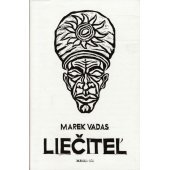 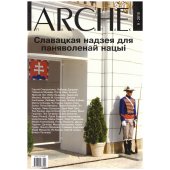