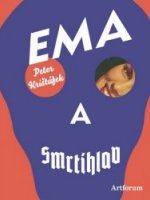 Ema and the Death's head

Ema a Smrtihlav / Ema and the Death's-head Hawkmoth

It wasn’t simple. Or cosy.
Simon had to stay closeted in the outhouse. The pigs were stinking pungently and the goats didn’t seem much better. Néni Marika used to feed them early in the morning, and in the afternoon she would pour them some fresh water.
He could venture out only at night, and only into the part of the yard that was shielded by the wall. And only if the moon was not shining.
Marika-néni was afraid, because there were Hungarians living everywhere around, or Germans, all of whom were in the Deutsche Partei and were under obligation to inform.
If they noticed anything suspicious or unusual, they were supposed to notify the Gestapo immediately.
Since everything had happened suddenly and they couldn’t drag a heavy load with them, Simon’s Mama had scarcely been able to pack anything at all, except for a few items of clothing.
No toys, none of the model cars, not even one tin soldier.
During the long, empty, monotonous days he used to play with pebbles that he found at night in the yard, and Néni Sándorfiová had dropped him in a few magazines.
Pictorial, so that at least he’d have something to look at.
One of them was adorned with black-and-white photographs of soldiers. Germans, to appearances happy to be able to lay down their lives for noble aims.
On a double-page spread there was a line of tanks drawn up before a general with a sharply etched face. He had a skull and crossbones on his cap.
He was actually smiling in a smaller photo alongside.
A few pages further on, right at the top, there was a bright colour advertisement.
It was a painted image of a beautiful woman with thick dark hair sunning herself in a yellow swimsuit on a beach by the sea. Coquettishly she was leaning over and rubbing cream on her soft skin.
Simon spelt out the caption beside her: Emma liebt die Sonne!
And beneath that in small letters: NIVEA CREME zur Hautpflege.

A big death’s-head hawkmoth caterpillar was crawling into a fissure in the ground, a little way beyond the trough. She was preparing to pupate.
Simon knew her: his father had pointed out one like her on the deadly nightshade and once afterwards on the lilac, where she was feeding on flowers and leaves.
Long. Lemon-yellow and green. With blue and purple marks obliquely along the sides, fringed by white stripes. She had a little raised horn at the end of her body.
When he poked her lightly with a rod, she ground her mandibles horribly.
She was making her way deep into the earth.
Latin: Acherontia atropos.
Hungarian: Halálfejes lepke.
German: Totenkopfschwärmer.
Afterwards while lying down he watched the death’s-head hawkmoth. How he twisted to get into cracks in the trodden clay on the stable floor, new, lovely and still somewhat crumpled, with a swollen body exhausted from its metamorphosis.
Simon followed it as he settled on the beam and waited for his wings to dry.
His father had told him that the death’s-head has the habit of sometimes following a light and frightening people to death with his noisy flight and whistling.
He’s a thief. By night he lands silently in a beehive. There are bees guarding the entrance, to see that no one steals honey. The moth knows exactly how to imitate the sound by which the guards recognise one another – it serves as a password. His whole body vibrates and he proceeds along a corridor by the sleeping bees, which would kill him instantly if they knew he was there. He wears the scent of the queen bee, so he passes through unperceived.
They don’t see him – they don’t see his grey-black wings, or the yellow marking in the shape of a skull. He’s here and yet he isn’t. They know that an intruder has got into the hive, because they’re losing stocks from the cells, but they can’t catch him. They don’t notice his striped body or his dark eyes.
Unoticed, he passes among the hundreds of bees.
It’s dark. It’s night.
Sometimes, though, they discover him – otherwise the game wouldn’t be fair – but in that event the tale comes to an end. They sting him and wrap him up in wax.
Afterwards the beekeepers find him mummified in the middle of the hive.
The moth was resting on the wood with folded wings. A skull on his breast. The yellow stripes made one think of ribs.

Simon opened New World magazine. Right on the first page, catching the eye, was The Latest from Home and Abroad, richly strewn with photographs.

1. General Field Marshal Rommel (first on the left) reviewing enemy fortifications on the African front.
2. Night firing on enemy objects in Leningrad.
3. From the fighting for the fortress of Sevastopol, which, as we know, the German-Romanian armies conquered last week (lower left).

During the motionless and endless summer days, when the trembling scorching air even reached him in the outhouse and the animals, drugged with the heat, rolled their eyes in dull torpor, Simon spent much time looking at the brown-haired woman of the advertisement.
It was one of the few colour pictures that he had here.
He fixed his eyes on the sea beyond her round shoulders. It was murmuring, and he almost felt the damp breeze on his face. He felt the burning tang of salt and heard the sea-birds scream.
For several hours he was engrossed in this. He had counted all the grains of sand and the cloudlets on the horizon, obscured by those elegant letters:  Emma loves the sun.

Just underneath the advertisement Simon noticed a picture of a weathervane showing the cardinal directions – according to the article this used to be in the medieval portolans, which at that time served as navigational maps for sailors. There’s one like it depicted on the paving-stones of St. Peter’s Square in Rome.
The cardinal points were designated by the names of winds.
North is Tramontana.
East is Levante.
South Ostro.
West Ponente.
Northwest Greco.
Southeast Scirocco.
Northwest Maestro.
And southwest is Libeccio.
Simon learned those names by heart, he liked them very much. They sounded like snatches of some forgotten Italian song.
And he dreamed of a fresh, cool wind.
On the magazine cover there was a smiling girl in folk costume with a bouquet of ripe corn ears.


In these scorching days we breathe the promise of new bread in the wind ruffling the slender stalks that bless the peasants’ fields. Slowly, intimately, movingly, the little strips of corn-swathe commune with the venerable ribbons of meadow, and it seems to us the horizon leaves too little space for this music. It’s a lullaby to the human being who is longing for just and merited sleep, but also an answer to all those questions which are rending his breast: Lord, what kind of a harvest will there be?


Néni Sándiorfová used to go somewhere in town twice a week, because then she’d always bring home some good food. Chicken, or even pancakes.
She came to him when night had fallen on Biskupice and the myriads of relentless mosquitos were beginning to swarm from the bushes beside the Little Danube.
Silently she gave him the dish, stroked his head, and again closed the stable.
Due to her fear she spoke as little as possible. Although nothing was stirring in the vicinity, she did not want to let down her guard.
During the dark moonless night Simon looked up at the sky, standing in the yard’s narrow rectangle. The exhausting heat had fallen away and the stars looked like refreshing bubbles winking in a glass of soda.
Suddenly he crouched down in the shadow of the house, because quick steps were sounding beyond the wall, but immediately they were lost again in the monotonous night symphony of the insects.
He saw that Marika-néni still had a light on behind the drawn blind.
Softly, through the half-open window, music flowed out from the gramophone. A male voice was singing a song about a sad Sunday.

But after a while the gramophone fell silent and Néni quenched the light.
Simon heard the martens scrabbling on the roof.
Somewhere in the distance an owl cried.
Afterwards he caught the sound of men’s voices behind the wall and smelt cigarette smoke. Someone was laughing, saying Lustig, lustig...; a second voice said something incomprehensible in reply.
He felt more inclined to go back to his outhouse and lie down in his place on the straw.
In the morning he woke very early. The land was still resting and preparing by its immobility to bear the brunt of a new day.
The rays of the early morning sun were running down inside the crack in the outhouse’s wooden wall. He could see them clearly in the whirling dust. The outhouse was suddenly full of light. He liked that.
The death’s-head was no longer sitting on the beam. Evidently he had flown off during the night.
The animals were continuing to sleep.
He gnawed off a bit of the crust he had left since the evening, yawned, propped himself up on his elbow, and discovered something very familiar on the opposite wall.
Right at the top there was sand and undulating sea. Under it a motionless blue space, through which turned-about birds were flying. A colourful little sun was hanging face down from the sand-yellow sky, and alongside there was a female figure who seemed to delight in denying gravitation. Everything was blurred and oddly curved.
Quickly he turned and inspected the opening in the wood, through which a steadily weaker sunlight was coming in. The sun was slowly shifting position, moving higher. The scene grew paler.
He went up closer and discovered a large knot hemmed by a black border. Carefully he came right up to it. It seemed to him he could hear ever more clearly the sound of the sea.
He put an eye to it.
The glare blinded him at first.
The beating of the waves grew stronger.

It took a few seconds before his vision refocused, and Simon to his amazement saw a magnificent sandy beach. And the sea from the NIVEA advertisement.
On a reclining deckchair, under the jolly sun, was a beautiful woman. Ema, he recognised her immediately. She was lying luxuriously stretched out, sunglasses shading her eyes, with her brown hair tied back in a bun.
Not far from her there was a changing tent with red and white stripes on its canvas.
Simon gazed at her almost without breathing. 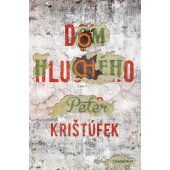 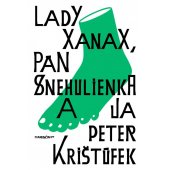 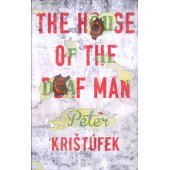 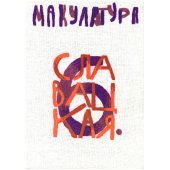 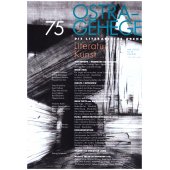