“What in God’s name are you reading?”
“Just something for school.”
“You bring textbooks on a date? Don’t you know that the biggest textbook is standing right in front of you?”
“I didn’t know that I had a date today, and alas, it’s hard for me to learn things from you. You’re only a kind of light reading for leisure time,” the young beauty said bluntly.
“I’ve told you once already not to be smart with me. You don’t stand a chance. Your looks are the only thing that will snare me. Looks are quite enough for you. Just be passively present, please,” Edo said, and sat down at her table.
“Where were you? I couldn’t find you anywhere the past few days. Have you been studying the whole time?” he asked.
“You were looking for me?”
“Let’s say, I scanned the bar a few times. I thought you’d developed a rash or something like that and you were waiting till it went away, so that I wouldn’t see you looking so hideous.”
“I don’t develop rashes, my hormones are in order.”
“Are you sleeping with someone?”
“Why? Would you want that? Do you want me to have someone? Afterwards you can be my hollow tree. And since you’ve said you’re a textbook, maybe you could advise me about men, what to do and what not?”
“Advice is no use.”
“You were really looking for me? Weren’t you afraid that killer had got me?”
“Did he get you?”
“As you can see, no,” she said.
“Maybe he got you and afterwards released you, because you don’t match his concept.”
“What concept? Do you know what concept he has?”
“I don’t know and I’m not interested. What’s that slop you’re drinking? Doesn’t it disgust you?”
“I’m only eighteen. Quantity matters more to me than quality, or just the actual feeling that I’m drinking,” Tiny elucidated. Edo bent close to her glass and sniffed the wine.
“Eighteen isn’t as little as all that, so don’t play Lolita. And likewise I am not so ancient that you should mistake me for your old man. When I was eighteen, I’d long since been sleeping with thirty-year-olds. Can I have this bottle of red, please,” Edo said to the waiter. The waiter came over to the wine list and tried to ascertain through Edo’s finger, which was covering the object referred to, the wine required.
“Does that mean that now, when you’re thirty, you must sleep with eighteen-year-olds?” she enquired delightfully.
“It means nothing at all. And just for the future, in my company you will never again drink such sewage. I doubt if it’s even from grapes.”
“Are you still writing letters to your pal’s girlfriend?”
“Did I tell you about that?”
“You told me.”
“I don’t know what else I can write for him. I’ve never in my whole life written so many letters as to that woman of his.”
“You’re like my Cyrano.”
“I don’t have the nose.”
“Don’t you want to post up those letters somewhere? You can sell them to other desperate cases.”
“I’m not that interested in the internet,” he rebuffed Tiny’s entrepreneurial plan.
“You should be,” Tiny admonished him, representing the voice of a generation that in all important matters had long ago passed out Edo’s contemporaries. That was what characterised the present time. The younger, the more experienced. 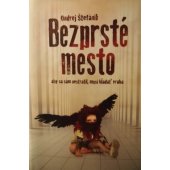 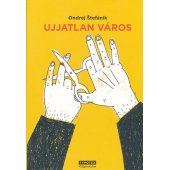 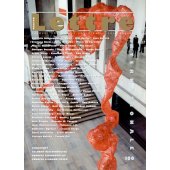 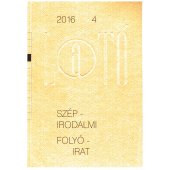 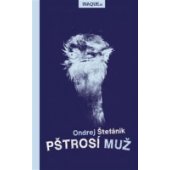