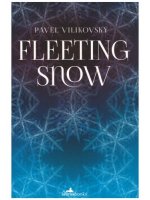 2j I can no longer remember when they stopped issuing platform tickets at Bratislava railway station. Platforms entrances used to be guarded by station staff and anyone wishing to go further had to show a platform ticket, even if they were just seeing someone off. The platform tickets were small bits of brown card just like normal train tickets, and they cost sixty hellers, in the old currency. You also had to buy one if you were meeting a train, and you had to show your ticket again as you went out. I have to confess I miss platform tickets. They were a great litmus test.

There are a thousand different definitions of love. It is usually understood to be a raging emotional storm, a period of intense enchantment that, according to specialists – endocrinologists or sexologists – lasts around nine months or, in the case of hormonally better endowed individuals, up to a year. It would be more accurate to speak of infatuation but people who are drunk on emotion are not sticklers for accuracy. For them it’s love from the word go, and even though they are merely infatuated, they are convinced they have found love everlasting.

I think this view is too narrow, it cleaves too tightly to the body and the endocrine glands. Many years ago, I came up with my own, one thousand and first, and more universal, definition: love is when we consider someone unique. This kind of love need not be exclusively erotic, the body doesn’t have to play first fiddle in it, but I have learned that even this kind of love has a limited shelf-life – if you are in daily contact with someone, how long can they manage to remain unique? I discovered that this is only a passing phase, just like being in love; like any external coat of paint, uniqueness, too, wears thin with time. Štefan, who doesn’t believe in human uniqueness, goes as far as to claim that it’s just self-delusion or subconscious calculation: we tell ourselves that if we see another person as unique it means somebody else might find us, too, unique. Ergo we are not unique, full stop. Štefan is convinced that this universal belief in uniqueness is actually proof that people aren’t unique at all.

‘I know I’m not unique’, I said, ‘but what if that is, actually, proof of my uniqueness?’ But Štefan is a scientist and has no sense of humour. I was only teasing him anyway – I believe I am just as unique as everyone else.

Nowadays I stick to a more modest, less all-embracing definition. I wouldn’t wish to impose it on anyone but I am in no doubt that it is valid: love is when someone is about to depart and you feel there is something you must tell them. You know that what you have to say is urgent and important, even though it may not seem so at first, but you can’t for the life of you remember what it is, or you are under time pressure and can’t decide which one of the infinite number of things you have never told this person you should choose to say now, at such very short notice. But you don’t give up hope until the last minute, and so you end up seeing off this person who is leaving all the way to their train; you don’t mind queuing at the ticket office and spending sixty hellers on a platform ticket.

Well, this used to be the straightforward test, the touchstone of love that is missing today. You would have parted with an acquaintance or a friend by shaking hands on the station concourse or, if she was a woman, you would give each other a peck on the cheek, and that would have been the end of it. You would have turned on your heels without watching them walk down the stairs with their suitcase. It wouldn’t even have occurred to you to see them off as far as the platform, nor would they have expected you to. There might have been an affinity, a mutual attraction between you and this person, but neither of you would have called it love.

You might say that using a platform ticket as a litmus test of love belittles this sacred emotion. However, what matters is not the time spent queuing for the ticket or the sixty hellers; even if it cost a hundred crowns we wouldn’t hesitate. The ticket is a symbolic expression of our desperate inability to speak out, and of the hope that we might still succeed even if time is running out and we know in advance that we will fail. It’s this bittersweet ache that is love, as far as I’m concerned, but I wouldn’t dream of imposing my view on anyone else. One reason why love is such a popular concept is that everyone is free to make it mean whatever they like.

3.c The avalanche may still be in its embryonic phase, as the scientist Štefan would say, but it has already started kicking. You have only to place your hand on the bump to feel it move. But then again, who would do that when nobody even believes that we are living in pregnant times? Štefan says that what I hear is grass growing. He may be right but that is exactly why he should believe me: that with my keen sense of hearing I can also detect the first sheet of ice breaking off with a dry crackle. It is only a tiny sheet of ice, no larger than a small window pane in an old wooden cottage. It hasn’t started tumbling down yet, it is just skidding along on its backside.

A long time ago, when the Lord saw that the wickedness of man on earth was great, and that every thought in his heart was evil, the Lord repented that he had made man on earth and decided to bring a flood of waters upon the earth. However, Noah was perfect and found favour in the eyes of the Lord, who advised him to build an ark from gopher wood, even providing him with detailed instructions on how to go about it. And thus, thanks to Noah and his generations, mankind was given a second chance. Later on God rained down burning sulphur on Sodom and Gomorrah but he saved Lot and his family. That is what He is like. It isn’t His fault that Lot’s wife looked back; that’s what people are like. But since I believe it wasn’t the Lord who has brought this particular avalanche upon mankind, we cannot count on His justice and mercy. It’s a matter of chance who will bear its full weight and who will receive only a light dusting. But if God has indeed created everything, it means He has also created chance.

There may have been one or more avalanches, at various times and in various parts of the world. ‘Who knows, maybe avalanches have struck throughout the history of mankind – remember the Menominee’, I said to Štefan, ‘but I’m now talking about the current one, the one that’s heading our way. This one has been triggered by the people themselves because, in their half-hearted faith, they have stopped taking God seriously. They are no longer taking Him into account. Some naughty skier has veered off-piste and onto an open slope, or some irreverent mountain c limber has conquered peaks so high that it’s not snow that makes them white but rather the feathers angels shed in autumn to grow thicker winter plumage. Maybe what is hurtling towards us is not an avalanche of snow but one of feathers’, I said to Štefan, can’t yet be detected by the eye or ear. Be that as it may, once it strikes, we will not accept it as God’s punishment. Instead, the motion that it was a natural disaster will be democratically carried by the majority.’

1.l A foolish thought, but sometimes I can’t help wondering: what does an identity card identify? The body or the soul? At first blush, the answer is obvious especially if we have our present-day IDs in mind. In the old days identity cards used to include information relating to the soul, if only indirectly and without acknowledging it: after all it is not the body but the soul that receives an education, and the fact that we are single, or married or divorced, says something about our state of mind. Not that the authorities in the old days recognised the soul, they just wanted to map out every single individual, right down to the colour of their eyes and hair, but that’s beside the point; we are still trying to divine the soul from the little plastic cards we have today, which reduce us to a mere body: our name, photo, date and place of birth.

We have simply become accustomed to reading between the lines, the body’s lines. It is a subconscious process outside our control: just as the body produces the soul, so the soul produces meanings. We can’t let things be just as they are, we feel compelled to assign everything a meaning, a goal, a purpose. And, metaphorically speaking, the soul is the meaning of the body. Without the soul there is no point to the body. It would be just a factory running on empty, generating a lot of noise and polluting the air. 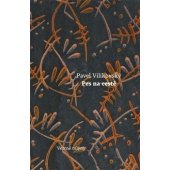 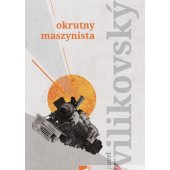 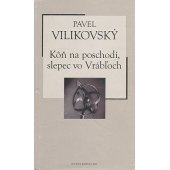 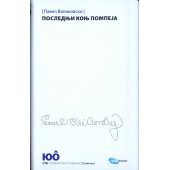