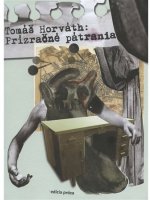 At what moment does the hero become part of the story? Will yet another schoolmate be found to have vanished in the bowels of a comic? In this collection of eight short stories by the experienced yarn-maker Tomáš Horváth the author plays a sophisticated game with genre boundaries and traditional readers’ habits.

It Is my intention to write a short story in which I am a psychiatrist who observes, examines and treats a patient suffering from paranoid delusions and neurotic syndromes. He will be prone to hallucinations but aware of the fact that they are hallucinations. He will use a private language and I will have some difficulty deciphering it and reaching out to him; he will resist letting me into his world. I will have a study furnished in a medically austere and functional way, with a sterile white cover over my desk and the examination bed. It is a study with a view of white-capped sea waves breaking on the rocky coast where the sanatorium I am working in is located. The nearest town is thirty kilometres away. Whenever I need something small or some personal item I get into my Mini minor: I drive down a road carved out of the deep greenery of cool conifers, I am tossed to and fro by the sharp turns on the gradually descending road. My patient will be a man aged about, in fact precisely (I have to know after all, being his doctor) thirty-seven, of slender build, sunken into himself, not very tall.  The few distinguished features his face has retained are not remnants of his past mental strength but, ironically, have been subsequently generated by his illness. In his face they suggest the suffering that he has endured.
I will create a nurse. She will be in her early fifties, with features that are somewhat rough, yet with a hint of the maternal. She will have a stout, brawny figure. I don’t know anything about her past or present private life; this sanatorium is her private life. Once a month she takes four days' leave (to which she is fully entitled) and leaves for parts unknown. I make no effort to find out where. Sometimes, as I mentioned, I go to the nearby town. I can neither drive nor do I hold a driver’s licence, one of our schizoid patients (no longer alive) taught me enough to enable me to drive along this road from the sanatorium to town, which is not used by any other vehicles because there isn’t anywhere to go. I wouldn’t dare to venture on any other road. This one I can manage with my eyes closed; I know exactly when to change gear and in what sequence, when to turn the wheel and at what angle, so I often close my eyes and drive the whole way blindly, seeing only dark green and rich red circles flash before my eyes. Circles, hoops... I always park the car just before reaching the sign bearing the name of the town.
I will also have a male hospital attendant, a gorilla in his late fifties, with thick, bulbous fingers covered in reddish hairs.  His nearly bald head will sprout tightly shorn grey hairs fine as a newly hatched chick’s down. Mist settles on the coast. The cool Baltic. I am the only doctor at the sanatorium, nobody pokes their nose into my methods of treatment.
I see a white hoop, or rather a cogwheel with an endless number of teeth. It is wedged into another, gap-toothed cogwheel...
“Can you count them?” I asked him.
“No, I can’t. The number of teeth is endless.”
“What about the other cogwheel?”
“I don’t know which other cogwheel you mean. There’s an endless number of cogwheels here. The gap hurts terribly. I keep seeing the gap on the cogwheel all the time. I want to turn away from it, close my eyes, but that is precisely why I see it.”
“Open your eyes,” I said, “I’m here.”
He looked at me as if pleading for something. “In that case, one endlessness is greater than another endlessness, and that's what the dispute is about.”
His eyes began to blink with greater intensity.
“You see an endless number of cogwheels, each of them with an endless number of teeth. That means there has to be an endless number of teeth, and this number of teeth thus has to be an endless multiple of the number of cogwheels, the number of which is also endless.”
He pressed his hands to his ears. He yelled: “Stop it! Enough! Are some of the cogwheels situated horizontally? Or are we dealing a mechanism that is exclusively vertical? Aren’t the cogwheels actually spheres,” - Enough! Enough! – “spheres with an endless number of grooves, similar to the cylinders in encoding machines, meaning that not only the cogwheel's perimeter but the entire surface of the sphere is set with an endless number of  teeth?” 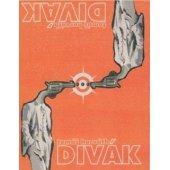 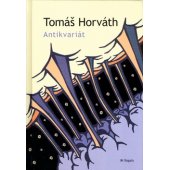 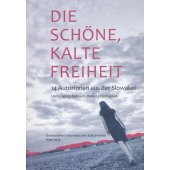 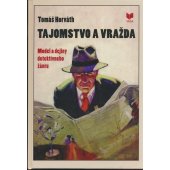 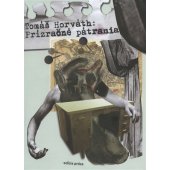