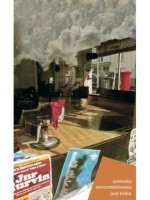 A Guide to Incomprehensibility

Sprievodca nezrozumiteľnosťou / A Guide to Incomprehensibility

A Guide to Incomprehensibility

A few days ago, while shopping in the sports section of a department store, out of curiosity I put on a pair of diving goggles. I was struck by how the hitherto familiar objects round me became distant, almost inaccessible, from that moment. Half in jest and half seriously I continued my shopping, but with this difference, that I slowed my movement down. In the half-empty, well-lighted salesroom I first of all walked round the shelves with oat flakes, then fish conserves, brightly coloured drinks and sachets of instant soups, as if they were underwater reefs studded with rare corals. After some time I thought it proper to get out from among those, communicate with the checkout staff by means of signs, slowly make my way to the exit, and afterwards, who knows, maybe drift on further.
That evening after dusk the same deep and at the same time diffuse picture of things came back to me. It took the form of a fever that kept mounting; it was difficult to ignore. At first I even tried to measure it, but I gave that up in the end. I was fascinated by the manner in which objects round me began to appear at these moments. They were somehow different from the usual, conciliatory and blurry. And the memory of this kindly softness remained with me afterwards, when my condition spontaneously readjusted. Things and people, however, had definitively changed for me. I cannot as previously trust the boundaries between the cold iron railings and the hands that hold onto them. Their blurry image accompanies me wherever I turn. I need only stand somewhere for a length of time, then I see something of its ambiguity before me. What is happening round about me seems to be very far away. The mighty many-floored buildings near me quickly lose their original shapes and take on some sort of simplified, liquid, aquarium-like consistency; they become less real and at the same disarmingly peaceful. It’s as if I was not standing in an urban centre at evening when all the lights are going on; rather, I seem suspended in water deep below the surface. At such moments the sustained traffic of cars merely enhances the urgency of the images and sounds that press on me from all sides: monotonous music in the shops, passers-by with their softly incomprehensible dialogues, the gentle hum of the news channels coming from the electronics outlets, and the countless letters in that blurred, liquid city which translate the sound of words into mute language for the eye. Inscriptions on walls, the cold glass of display windows, glowing lightbulbs and neon ads on the streets, the soft surfaces too of objects, generously enlarge the dimensions of the visible around me. Thanks to empty tables and chairs, gleaming steel cutlery, shining white porcelain plates and polished brass buttons, light no longer comes to me from above but is diffused in space and colourfully reflected from unexpected places. The monitors hung here, there and everywhere are entirely divested of the weight of paper and their screens light up before me more quickly than I, when leafing through heavy books upholstered with cloth, indeed with leather, could once have imagined.

From the Lives of Machines

If the little items of stationery in the newspaper kiosks could come alive, be born and give birth, if pens could have pastel pencils which would later grow up to be thick crayons, elegant though sharp engraving tools, or huge colour markers, they would live indistinguishably from their future users: they would care for their families, enjoy times together, learn from one another, and the most successful of them would rise high, among the gold-plated fountain pens on antique writing tables, where, surrounded by white paper, they would devote whole days of effort to important issues. If the drawers, keyholes and other things came to life, no hands would be needed any more. Machines in particular would proceed much more consistently than under their present scatter-brained management; they would go by the light of their own reflectors without lunch breaks, uncompromisingly. We may be convinced of that by simply observing an insect.
Even a brief look into the high grass can provide a picture of uncommonly persistent activity, not relaxing even for a moment, whose agents give the impression of small deliberately fashioned spring-loaded mechanisms. Long before the arrival of human beings their world had developed a system of brief unambiguous interactions which contemporary technology, if it is to be equally effective, willy-nilly must reproduce. It is hard to imagine that an ant, inseparably linked to its huge mandibles reminiscent of the scoops of a dredger, would hesitate over anything for long; and likewise the beetles and may-bugs that snarl as they crash into lamps are at work their whole lives long and do not have time for superfluous reflections and lengthy conversations about what they’re actually doing. Their day is marked by feverish activity, and in the name of the clearly-marked goal everything is permitted: hence the individual fulfilling its specific task does not go to waste but serves the coming generations as a practical source of energy.
Modern industrial manufacture in its pursuit of efficiency imitates the reproductive capacity of the insect. It is able in a short time to bring millions of identical actors onto the scene who will manage to fulfil markedly distinct functions, only to be almost immediately replaced by a further series of the same kind. Screens, planes, cars, fridges and lightbulbs snarl, buzz and whistle, along with the mosquitos and wasps. The purposeful structure of forms which can be reproduced well gives them uncommon assertiveness and extension, though on the other hand it makes long duration impossible. Machines and the insect undoubtedly exist alongside human beings in the same world, but it is also true that the spaces where they fulfil their ambitions only partly overlap. As observers with very different priorities, pedestrians are thus distinguished from security detectors and cameras by the manner in which they evaluate the same phenomena. While strolling families have time to marvel at the fragile beauty of the moment and comprehend the surrounding natural setting in its context (which to the insects that fly to and fro is and to all appearances always will be inaccessible), yet again the beetles hidden in the grass are proceeding onwards with the tireless perseverance of ticking clocks.

My approach to words and things has quite naturally become impractical, but on the other hand it does not seem that I’ve lost anything important; on the contrary. In the moments when I’m cutting paper, writing something down, or just casually taking objects in my hands, I see clearly that though purposeful action and pragmatically orientated communication lead to their goals, they ultimately prove to be incomplete. As opposed to that, wandering the streets does not seem to have much justification purely in itself. Evidently it’s in harmony with that centrifugal urge when even in correspondence I take any opportunity to unshackle myself from the theme and begin a discussion of something else which neither of us, my addressee or myself, could have foreseen. The result is that I’ve a growing number of letters which I got caught up in while writing, so much so that I never sent them. In others again, without any clear reason why, I answer questions in colloquial Czech, which allows me to hold forth with relish on “kippers and Hungarian sausage” in the Prague lingo and to address my corespondent now as “Jemelínek” and right afterwards as “Borivoj”. There are further occasions when an opportunity arises to stylise the text in a 19th century spirit and title the addressee “amice”, “my brother lord”, or “eagle”, “falcon” or “boeing”. I discovered that to salute people first with one name and then immediately with another is not just more interesting but also more truthful. After all, what reason could there be for one person being called Alphonsus and someone else Ervin? “Ernest!” my parents might have called to me when I was little, as I plunged ahead on my tricycle, and I’d have got used to it. When writing, therefore, I do not lay much stress on my own name and I’ll sign myself in all seriousness as “the whistling, highly strung, ready for everything teapot”, provided it is more suited to the whole.
I discovered that correspondence in the old Russian style can evoke a wholly distinct atmosphere. “Highly honoured Larisa Dmitriyevna”, I begin writing, and immediately I catch in the air the aroma of sour gherkins, vodka and smoked sturgeon, mixed with the pong of old coats as in a story by Anton Pavlovitch Chekhov, “the document which you request from me should already be lying quietly somewhere on your shelf, because a number of days have gone by since Mita, in foul weather, brought it to the post office. But if not, certainly an official person will entrust it willingly to your gentle hands. Before long I shall be in your county town to take part in a dispute at the Institute for the Study of Patent Remedies. I say this so that we may be able to exchange a word or two, if you should happen to be in the town on that day or the day following and not riding to hunt foxes somewhere on your estates. Now, permit me to indicate something in floral or headscarfed language. From the heights of his own idleness, with a view upon sharp meadows, erect as from a cabbage trough, greeting you with tubeteika is E. E. Em., proprietor of a silver spoon and a shining samovar.”
I have noticed that, however serious the subject of report may be, after a certain time Mita for some reason or other will appear on the scene. Now he’ll be chopping wood, making splinters fly, and another time he’ll be raking leaves in the garden, or just puffing on his pipe. Though he does not comment on the problems discussed, his presence in the correspondence shows features of a distinctive system, while at the same time having no cogent reason; it gives the impression of something inappropriate and cannot be excused in any specific way, or explained. It’s a peculiar thing, but in fact he seems to be gradually becoming the central character there. And now that I think of it, that’s just like me and the surrounding streets, like as two hairs: how much energy is invested so that the city around me may be lucidly arranged, so that everyone can quickly get to where he’s going without asking; what power and resources it has taken to build all those shopping centres, car parks, houses, to number them, to name streets. And I use them like a wanderer in the steppe where one can never see the end, just so as to have somewhere to roam, to ramble here and there. I observe the ducks, the wild geese in the park. I ask the sparrows and pigeons the way, which I know well but it’s just to talk to them for a moment; politely I turn to the stray cats, addressing them as Nadezhdas, another time as Sonias; quite without reason I choose side streets, walking first one way and soon almost in an opposite direction. 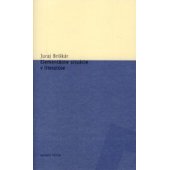 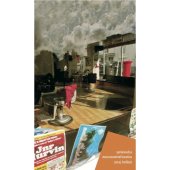 Sprievodca nezrozumiteľnosťou / A Guide to Incomprehensibility 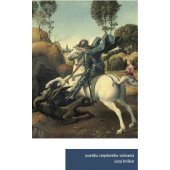 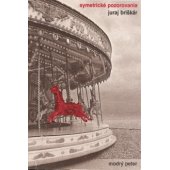 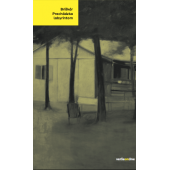