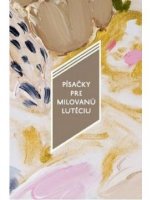 *
Then, there, it happened: a long-legged, light-footed nymph leaned out of the tram, jumped off at the stop in front of the Soviet Bookshop.  I glimpsed a golden helmet of smoothly-combed, curled-under hair, the color of my faintly-green clothing, a light open-necked blouse, a light draped and triple-stitched skirt, on her feet, light linen sandals, black lacing on her calves -- but with her movement, her walk, she fell into my eternal memory.  She walked with a light swaying step, the way long-legged, light-footed women walk.
You didn’t walk, you sashayed; you sashayed, as they say.
An excited woman, a turf mare or a doe in heat sashays, glides like a wave in the tide is rearing up—she arrives, dips her knees, trembling in the delightful feeling that now, now with every movement, she is the best, the best.  She relishes her walk, every step that she takes, like a dancer.
That’s how you walked, and that’s how you now walk around Paris.
As a boy, I forded horses across the Váh River.  Once long ago, the forgotten feeling is kindled in me by your movement, your walk, Lutécia.  It appears to me, something comes back within me, as she sashayed—straddled by naked thighs, a mare in heat, which we had just forded, bathed, in the river.
Around you streams of women and men are flowing, ladies fatigued from sitting, standing, and overeating, greyly dressed in ready-made clothing in their resigned corpulence.  This nation swarms, rolls along without excitement, rather than going, walking with its own stride, towards its own goals.  I feel sad when I see how “since then” our cities have grown grey and heavy behind their fat masks.
Thus this woman sashays more beautifully, with her golden helmet of freshly-washed blonde hair, slim-waisted, light, light in her step, dress, excitement, light with the feeling in her crotch, winged with imagination.  That’s how it is, that’s how it’s always been, light legs are beautiful, not heavy wives who stuff themselves with sweets.  That’s how it is, the lightness of its women has its own, its own moral value: when you want to be loved, at least don’t stuff yourself, don’t dissolve yourself in fatty insensitivity.  I know for myself, this kind of a small space of freedom that I kept with my modesty: it’s enough for you to eat this and that, to be dressed like this and that.  Since the entry of the armies, for ten years I haven’t bought anything for myself to wear, I haven’t even been to the barber, my daughter cuts my hair.  “Funny, funny,” for such a price, insignificant, I can think: “Screw all of you.”  But when I saw you like that, how you sashayed, at every step in the light breeze your light dress of Indian cotton clung to your breasts, belly, crotch, the saliva brought forgotten delightful words to my tongue: “Smooch, let’s smooch, let’s sleep, let’s pretend that we have fallen asleep, but let’s smooch.  Like a shaman, a madman, an obsessive, with every one of your movements, every step, I whisper like a Christmas carp in the bath, I open my gills with and without noise: Smooch, smooch, smooch, smooch.  You’re not from there, you’re not a woman of the state, like they all are here, other than old ladies.  Stay with me, smooch, smooch, they won’t throw you out of the university, the school, the office if you stop next to me.  I gaze at you, frowning like a storm cloud, you know where I’m gazing at on you.  You’re smiling, it’s not unpleasant for you, coming from me, we’ve already met somewhere.  Where?
As a boy, on the ridge above the village I could sit without moving for several hours, just to lure a falcon toward myself, into my reach.  There. 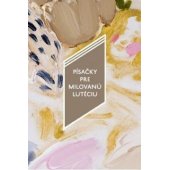 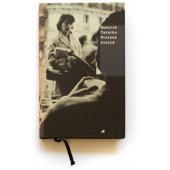 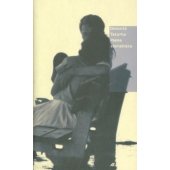 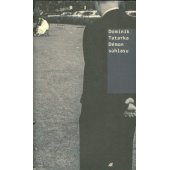 Démon súhlasu / The Demon of Consent 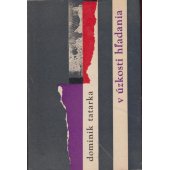