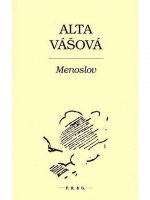 VIERKA, 14:
You know, they look tough, but in fact they are very fragile. If you leave a man who is in love, it will scar him for the rest of his life. It can do him serious harm. Even to the extent that he never recovers from it, said mother to daughter, older Viera to younger Vierka. In fact you can destroy him. Because someone sensitive... someone like that really does never quite recover from it.
She repeated this because she didn’t trust her daughter. She knew she often only half-listened to her, just pretended to: she was preparing to tear herself away from her mother’s warnings, she was preparing, for the moment unconsciously, but in a short time she really would leave her parents, in a couple of years’ time, at the first opportunity. It would be certain to happen very soon. And she would return when the family was once more important, when she might not be able to manage by herself.
Vierka made a face as if she had understood. But what she had realized above all was that her mother had paid her attention at last. She had noticed that she was already grown up. She didn’t want her to let any boy get too near her until she had found the right one. Maybe she had trusted someone when she was her age? No doubt she had as her name was Viera, which meant “faith”. Then why had she given her the same name! Well, that couldn’t be helped now,
so she tried at least to soothe her mother. Soothe her, calm her down, like her mum had once lulled her. Don’t worry so much, don’t imagine I’ll fall for that. That I’d trust just anyone…

Younger Viera hugged the older one, but she sensed she had not convinced her. Questions and doubts remained: she must have guessed that she didn’t have many inhibitions. Ones that would protect her daughter.
She hadn’t.
But unexpectedly something did stick. And her mother’s words set her free.
Her warnings really meant that she shouldn’t yield to love. She needn’t just bow to it, respond kindly and compliantly. She could also flee from it, back away, avoid it as if she didn’t understand. Rebuff insistence with impassivity. After all, why should she harm anyone, or even destroy them! If these adolescent boys are so fragile.

She was curious. If someone led her somewhere, she gave them her hand. If for no other reason than that she didn’t know where they were going.
Very well, she would think about it. In future she would leave some meetings out of her life. Mum was probably right. That really would set her free. But that it should be a talk with Mum? Was it logical? No doubt it was really something else she wanted. She wanted to tie her down, not free her. Put her off relationships! She wanted her to have what she had not allowed herself. Study. And a carefree life for as long as possible.
If she only knew! But even if she didn’t know exactly, she must at least suspect. Why else would she have brought it up?

When young Vierka was only just beginning to unravel the world of relationships, she noticed how they went in chains. One person loves another, that one a third, the third a fourth… Only on rare occasions did two people find each other. If they stayed together, then often without really wanting to. Like with Ivan!
They had gone around holding hands, for everyone to see. The rest was not was not so visible…
She couldn’t keep it up; why should she. Ivan was furious. He stopped going to school. Goodness knows what had happened to him. Lost for ever! He disappeared completely. Just because she didn’t want to any longer? If she’d been going out with him for a month, did she still have to? He was kidding himself that it would make her want to cry! That she would discover what she had lost.
But he didn’t come back. And her mother intervened:
she reprimanded her as if she knew what had happened. She had a mysterious seventh sense that told her when to begin to counselling her. But then Vierka realized what had happened.

Some time later Ivan did turn up after all. He acted as if nothing had happened. As if she didn’t exist. He just collected the things he had left in the classroom and cloakroom. They hardly said goodbye to each other. Mum was right. Probably she really had harmed him, just by wanting to see what it was like.
From now on she would be well-behaved. Truthful and well-behaved. From now on:
when she noticed that someone wanted to take it seriously and forever and that without her… when they claimed such definitive things… She wouldn’t allow a boy who took it seriously, as if forever, to do anything! Only if she was in it with him. Only if they were both head over heels.
She would simply avoid love. She would detect it and not submit to it. After all, what if Ivan had really succeeded? If they had not saved him! How could she have lived with that?

From that time on Vierka felt like the queen of ice maidens. Cheerful, popular with the boys, always declining. From time to time she paired up with someone. Someone who thought like she did. Who was interesting and curious. And, above all, not in love. They happily explored old nooks, meadows and woods beyond the town, the river that ran through it, films and books they enjoyed and above all each other. Friends.
And they remained friends with Vierka. They didn’t  come to hate her. They didn’t disappear from sight.

Why, she had only wanted to know what happens. How it is. That time, with Ivan. She returned his smile; she let herself be led… and they became a couple. For everyone to see, arms around their shoulders, around their waists, both of them fair-haired, tall: to be admired, envied, be bored with, all the time with him. And all of a sudden – Mum.
The older Viera had no idea what effect her words had on her.  She supposed Vierka had taken no notice, that her words had gone in one ear and out the other.
But they had set her free. 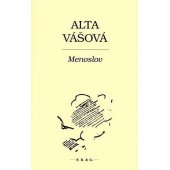 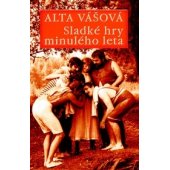 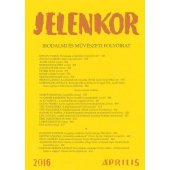 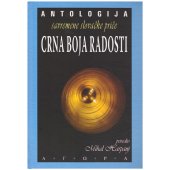