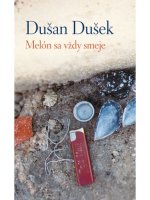 Deliverymen were unloading soft drinks in front of a cake shop that had been closed down and demolished the year before.
Later I was sitting in my room and all of a sudden I couldn’t for the life of me remember which shirt I had on.
I just couldn’t remember.

That had already happened to me several times, always in the evening and always with the same shirt. It was one of my favourites: checked flannel. I lost the buttons so often I was beginning to believe that one day I would also lose its checked pattern and it would just be white. My wife said I was careless; where was she to keep getting new buttons? I don’t know; they were nice, brown, shiny ones, I couldn’t help losing them. She blamed me, because women don’t lose anything like that, except hair perhaps, but there’s plenty of that. And the more I lost, the more embarrassed and guilty I felt, over every single button; there was no one to forgive me. I had all kinds of shirts, but this one suited me best; however, I never knew which I’d put on and tucked into my belt. I switched on the lamp and once more saw that checked material, faded from wear and washing, another button missing on the sleeve, it was my fault again, never the shirt’s or the button’s or even the thread’s.
This afternoon I saw a man in checked shorts drinking water from a bucket on the ground; he bent forward and stuck his head in it. Like a horse. He had scrawny legs; he could have been a boxer, at least from the way they stuck out of his shorts; I could easily imagine the missing soft leather boxing shoes; he already had spider veins on his calves.
It couldn’t be helped.
I remembered the spiders, but at that moment the alarm went off – I could now hear its ticking and I couldn’t stand that.
Maybe I even cursed; and maybe it was already morning, the bedclothes were rumpled around us.
I asked, “What’s that you’ve got on your nose?”
My wife replied, “A clothes peg. Don’t you recognise it? Your socks do.”
I was still half asleep – maybe three quarters.
“What’s that alarm clock doing here? It’s getting on my nerves again!”
“But it hasn’t rung yet. Put a peg on too.”
I’d been dreaming that she had put a peg on her nose and the Jozef Ruhla alarm clock beside the bed had rung.
“I won’t,” I said. “That alarm clock must go, buzz off right now. It keeps intruding – like a bad smell.”
And Zuza said to me, “You know the pictures hairs make in the tub after a bath?”
I covered my ears.
“You hear that! You hear that?”
My wife listened for a while.
“It’s ticking, isn’t it?”
“Now it’s stopped.”
“Adam, I’ll tell you something. Are you listening?”
“I’m asleep.”
And I said to him, “You’re not asleep. You’re not asleep, are you? You’re only breathing, aren’t you?”
He turned towards the wall and hid under the bedclothes.
“Stop nagging me!” he said. “It’ll ring any minute and I won’t get enough sleep again! Can you hear it?”
And I just said, “Adam, Adam dear, do you still dream about me?”
I would have liked us to talk, at least for a while, before I went to work, but he was asleep. I could hear him breathing – and then I heard the alarm clock, called Jo Ruhla, even though it was only ticking quietly and somehow tamely, as if it were afraid.
“Are you asleep?”
I was half asleep.
And Zuza said to me, “When you feel fonder of me, you understand me better and you’re less trouble.”
At that moment the alarm clock went off and insisted that we must get up; it rang and rang, until I hit out at it. It couldn’t be helped. It fell off the bedside table, because it didn’t have wings, the glass face broke, but at least it shut up.
“Bastard,” I said.
And immediately something moved in the clock, as if it had coughed – and it began ticking again.
“Do I have to get out of bed and give you another clout?”

*
I had three rooms, fifteen patients all together, every now and then one less, an empty bed, that always made me want to cry. I promised myself I would buy flat mules with rubber soles; the leather ones clip-clopped too much. They reminded me of the ticking clock and Adam. He didn’t like it; he broke the glass on it, but it only ticked very gently, as if a tiny bit of its glittering bell remained in every little tick. I had numbers six, seven and eight.
I opened the door; my eyes ran over the beds: they were alive. Four beds and four old women.
“Good morning.”
And one of them started up, “Doctor, Doctor!”
There was even more fear in her eyes than in her voice.
“What is it, grannie?”
The other three smiled at me – and I at the fourth.
“Who are you calling grannie?”
“Now, there, Mrs Hrnková.”
“Don’t ‘grannie’ me!”
I’d forgotten she didn’t like the familiar ‘grannie’. Mrs Hrnková had four gold rings on two fingers and had once owned a brickyard; she used to drive to balls with her husband in her own fiacre, but later she only had her husband and then only the rings she couldn’t take off.
“Well, what is it?”
“Help me, help me, for heaven’s sake, help me!”
“What’s the matter? Well, what do you need?”
“Nothing, just help me!”
“But, Mrs Hrnková…”
“We’ve lost our bus!”
Mrs Hrnková was a lady from a fiacre and now she had lost a bus.
“What bus?”
“It was standing in front of the house…”
“Where?”
“And this morning it wasn’t there any more!”
“In front of which house?”
“In front of ours, at home. Rudo’s bus!”
“You were only dreaming.”
“I wasn’t! Do you mind! My daughter was here yesterday. It was in front of the house; my son-in-law left it there in the evening, but in the morning it wasn’t there, it had suddenly disappeared, Rudo’s bus!”
I took her hand and stroked her hair.
“But, Mrs Hrnková, they‘ll find it.
“Find it, find it, but they can’t find it. It was still there in the evening. Rudo came home from work and left it parked outside the gate – they didn’t hear anything, not even the engine, nothing.”
“Mrs Hrnková...”
“I didn’t sleep a wink the whole night.”
I held her hand and counted, my eyes on my watch; a fast pulse, I had to give her something.
“They’re sure to find it.”
“And if they lock Rudo up?”
She began to sniff, the wrinkles on her face faded and she became a little girl.
“It’ll be found.”
“It was there yesterday and in the morning…”
I lowered my voice.
“They’re sure to find it, Mrs Hrnková...”
“I didn’t sleep a wink last night.”
“There, now.”
“And now Rudo, why did he leave it in front of the house, Doctor…” 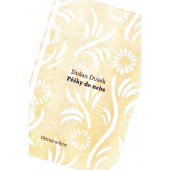 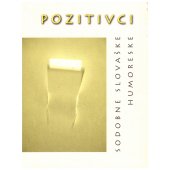 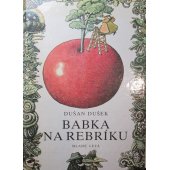