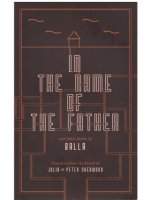 In the Name of the Father and Other Stories

V mene otca / In the Name of the Father

When I walked home from work in winter my hair and clothes would often get drenched by snow. There wasn’t much warmth at home either, and the tense atmosphere would soon drive me out into the garage. I would sit on a rickety chair at my desk shivering. A ginger tomcat made his home in the garage. The whole place hummed as the cat purred. Otherwise silence reigned, and there was just me, the silence, the tomcat, the old Škoda, and the pit where we stored potatoes and apples. I’d never known such moments of solitude as a child or a young man. Is it strange that I’d never known these things until I got married? Is it unusual? I certainly thought so at the time.

Every now and then the tom would set off for a silent walk along the top shelves of the tool cabinets, leaping from one to the next and keeping his eyes on me. I don’t believe that cats carry unfathomable worlds hidden in their heads. I used to regard the tomcat as a mysterious being. This is how faith in something higher expresses itself: in the idea of a profound meaning hidden behind the green eyes of a cat, its pupils dilating and then narrowing again, as if the animal were transmitting signals. It’s God’s Morse code, the narrow and dilated pupils standing for dots and dashes, I would ruminate in the garage, deciphering the feline transmission, with my head wet and brain swollen, I’m dead serious.

And I thought about escaping.

But where could I escape to? My mother? I had never loved her as a child and I wasn’t sure I could stand living with her. It’s only in childhood that you cling to a mother, even though some varieties of motherhood can be really rough.

Gradually I adapted the garage to provide longer-term shelter but that could hardly have been regarded as an escape. It led out into the same yard. In the evenings I would look out from the garage into the same windows of our neighbours’ house. Only the angle was different. And I pondered where my love for my wife had gone. Was I capable of love? Or: had I been capable of it in the past? Because even that could have changed over time. I wandered about the place, skirting around boxes, piles of spare V-belts, I’ve no idea what I needed so many belts for, to cover piles of other things, as sometimes I would camouflage unnecessary stuff with other unnecessary stuff, out of laziness maybe? I would stop at the window in the evening and stare into the cold wintry yard. The world was bathed in a cold light. The tom narrowed its eyes languidly. Is it possible that what I had once felt wasn’t love but pride? Pride at the fact that I, too, had succeeded in attracting a woman and becoming her one and only? That I was able to fulfil a woman’s life in terms of her need for a husband? What made this a real achievement was that this woman was older and more experienced. But not too old! That would have devalued the achievement. Also intellectually I was her equal even though she had a five-year head start in terms of experience. I know that my younger son, when he grew up, also had a relationship with an older woman. But she must have been particularly sensible because she got rid of my younger son in time, thus saving him. She saved him having to agonise over her faded beauty, inventing morally sounder, decent, acceptable and forgivable reasons for breaking up beyond the simple fact that his beloved had grown old and no longer attracted him, that she was no longer attractive to anyone, that you could no longer, what I’m trying to say is that you could no longer – you know what I mean – that’s right. Well, it’s not that you couldn’t. You could always, why not? But things get fatal when you can no longer boast about your wife and about having sex with her and when, in fact, you’d rather pretend that you don’t even know her. The process of ageing, fading, the connection between a wilting body and wilting feelings – we might be duplicitous and keep quiet about it but if we do raise the subject, we tend to cover up the essence with hollow chatter about burnout and alienation. Along the lines of: we’ve grown apart, we no longer understand one another. Alienation? When were you close to the old hag, I ask? Never. Because when you were close, she wasn’t like this, she didn’t look like this! Closeness… closeness… Not even habit helps because the minute you finally get used to something being bad things get even worse, and they get worse with every passing day. That’s how ageing works. And now add obesity to the equation. Or emaciation, as the case may be. Skinny dry calves instead of full ones. My younger son was lucky to have met a sensible woman. She saved him. I wasn’t so lucky. I know, it’s heartless to talk like that, but the difference between me and most men is that I’m heartless and say so while others are heartless but don’t let on, even though they think and see things the way I do. They claim to have got used to their partners, asserting they could no longer live without them. But living with them the way they do when they can’t live without them is not the life they had dreamt of when they embarked on this project. And I wanted to behave responsibly in marriage. But how can a young man in the early days possibly imagine how it will all end? You can’t suppress the male in the male. If you do, there are consequences. You’d have to suppress your natural instincts. I’m not trying to sound like a champion of natural instincts, and I don’t mean those cases where these instincts are exceptionally powerful either. So how does it all end? It all starts with desires that are, of course, satisfied by the wife. Two or three times a day. Later, even if the wife is willing – and she’s not – later something is missing. And it’s at Christmas that everything that isn’t working smoothly comes to a head. I have spent many a Christmas in the garage. Invariably it would start in the morning as we were decorating the Christmas tree. The first problem was that my wife wanted a pine tree rather than a spruce. All our neighbours had managed to get hold of pine trees, no idea where they had picked them up. Obviously, they must have started planning their family Christmas back in October. But I had other things on my mind in October. Like musing about the thighs of my female colleagues, the shop assistants, those thighs under their blue lab coats, those thighs that were awake, still smelling of summer or at least of September, still lightly tanned and soaked in sun.

What is Christmas for?

It’s for catalyzing a family crisis.

It’s for highlighting all the problems in a relationship.

It’s for abusing the husband, the wife and the children.

That’s the idea. And who came up with this idea? Families where everything works perfectly well. The one thing they’re missing is being the object of the intense envy of other families that are dysfunctional. We’re happy, our relationships work but at the same time we sympathize with those who aren’t so lucky. We desperately need those unlucky ones so that we can feel sorry for them. And if there are no such families around, we’ll create them. We’ll drum into them how unhappy they are! Because otherwise – who would we have to needle with our happiness?

That’s what Christmas is for. 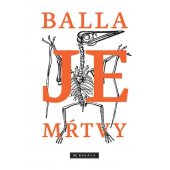 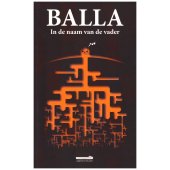 Au nom du père / In the Name of the Father 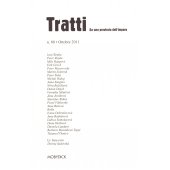 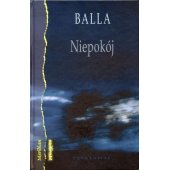