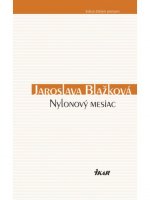 The deputy was sitting on a bench in the park. It wasn’t often that he allowed himself a rest, but this time he did. The spring had drawn him outdoors; he felt in his veins the farmer’s blood that made him crouch to touch the soil. He sat with his newspaper open and let the world file past him. People who had died, children who had been born. A flood of monsters in Japan: newborn babies without eyes, with two heads, with fish tails. Strontium shimmering in the sun’s rays like invisible snow.
In Brussels the Atomium had been built. Its aluminium balls distorted people’s faces. Boys laughed and rode on the merry-go-rounds. A soldier won a toy monkey at a shooting range and gave it to a little girl. Millions of cubic metres of work. The Czechoslovak pavilion was awarded a Gold Medal.
There is always a war going on somewhere in the world.
Birth and death and the space in between—life.
The deputy shut his eyes against the April sun. A steamboat on the Danube hooted and boys played with marbles. Willow trees blossomed on the banks of the river.
On a nearby bench Jozef Paštinský was revelling in his first love, the spring, and also the fact that his father had been kicked out. It meant he would no longer be forced to go to university. He would train to be a typographer; he would do artistic printing. He was talking about this to a girl with a black pony tail and smiling blissfully as he did so.
The deputy noticed that his hand hesitated but was too shy to touch the girl’s. Their eyes met and Jozef frowned.
The deputy hid behind his newspaper. He read about refrigerators from Zlaté Moravce and that a first prize had not been awarded in a competition at a hotel in the High Tatras. The second prize was won by the slogan ‟Spiral in a Blue Triangle”, the third by the slogan ‟Nylon Moon”. The deputy lifted his head. Nylon Moon—what a silly idea! The boy and the black-haired girl were no longer on the bench.
At that moment two paths away Vanda was saying to Andrej, “Look, there’s no point in going on.”
Andrej stared into the water. The current was murky, with broken branches floating in it.
“Every relationship has its climax, after which it just goes on all the same. Or – it goes downhill. And I don’t want…”
The first freckles were appearing on her nose and her red hair fell over her pale blue raincoat.
“You’ve done a lot for me, I know, but what would there be in store for us? Even if we married. Habit, weariness.”
“In short, I’m not attractive enough for you.”
“It’s not a question of attractiveness.”
“But it is. With you it’s always a question of attractiveness. And one more thing: you don’t like me enough, it’s as simple as that.”
“Andrej!”
“Habit, weariness. After all, it’s always like that.”
“That’s no excuse. I don’t want that, don’t you understand, I don’t want that!” 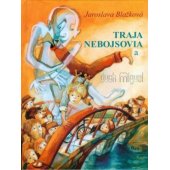 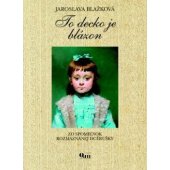 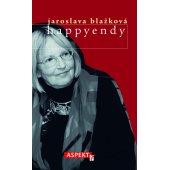 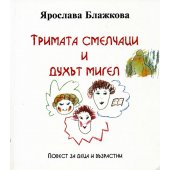 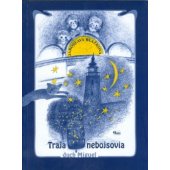