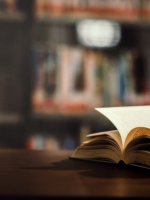 HOW LATE IT IS

How late it is, do you forget!

Above the hills there mounts

the full moon, mute and pale,

cloud-wisps are drawn across the sky,

hiding the moon with their veil;

peace hushes in the dale;

far, far away a crier calls

each hour of evening fled,

the echoes roll on in swollen waves

until they are silent and dead –

exactly as it was that time…

…The moon had traveled its span,

but you do not return to end

the conversation we began.

There were those who in the temples spoke,

and there were those who in the temples listened.

Blessed are they who spoke

and said no more than they could say in the holy days.

They shall be saved who did not say everything

they imagined they knew,

and those shall be lost who said more

than they should have said on the holy days.

It will not be forgiven to those

who were called to speak the sacred Word,

but kept silence at the time of the Great Festival,

and woe to all who kept no holy hours

and went without reverence to speak in the temples of the Word.

And blessed alone are they

who in the temples reverently hear the blessed Word

and see the light of His glory.

Courteously, though with a mystic fearfulness,

I welcomed nonetheless my funeral guests,

somber, with psalters under their arms, having arrived from distant lands.

each reverenced the icon of my dusty home,

they sat around the table, a solemn, black-swathed ring.

Searching the psalter for long-lost hymns, they then began to sing

in deep sepulchral voice – the harshest kind of air –

of bitter fruit the tree of life was found to bear,

of Mother Earth’s original condition – as one she was

before the thrice-cursed lust of slithering Diabolos...

And then as gloomily they left (under the smiles

of those who never dared to take from Eve the apple of her wiles),

and said they would return to us again next year

to visit those they now considered brothers, or at least, as near.

Eunice! Where are you? Look how one by one they disappear.

Today the twilight died in a sudden flicker.

Perhaps a pale moon will light up the skies...

But what was it we wished to say with sighs

and voices that were trembling and too bitter?!

We wished to look full in each other's eyes;

alas, they were too narrow and too cold...

What is this grief, that has a tighter hold

when a crimson moon is gloomily on the rise,

in the glittering frost?!

And sparkling was the frost

and the moon rose in sorrow, dusky-red.

Bitterness burning in the heart, unsaid,

where did we find it, how shall it be lost?! 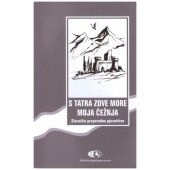 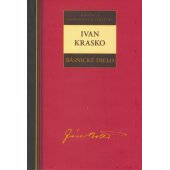