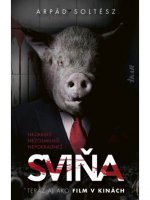 Potočný is struggling with the shovel. He didn’t study for a degree and become a big shot just to get his hands dirty, did he? He’s up to his waist in
a pit, whingeing. His leather loafers are ruined, his trousers wet through
and covered in mud up to the knees. He’s hung his jacket on a branch. He is working in the beam of the Shogun’s headlights. He’s taking ages. There’s more whingeing than slogging.

“You won’t get away with this,” he grumbles like some old tractor. “I’m calling the minister first thing in the morning and then you’ll see,” he goes on, shovelling a small quantity of clay out of the pit. Too small, too damned small. He’s obviously trying to fling it onto the uprooted tree but it’s out of the shovel’s reach. The other guys are lounging in the car, smoking the big shot’s gold-filter black Sobranie, drinking beer from cans and arguing about which cassette to put on – the 50-year old Slovak band Elán or some new German hit. The other man sits on the tree trunk tucking into his sandwich. His girlfriend always makes him a sandwich when he goes on the night shift. She thinks that a guy who works in a fridge-making factory makes fridges. And that the café is bound to be closed at night. He doesn’t explain. He doesn’t care what the chick thinks. A chick is meant to be a looker not a thinker. The sandwich isn’t bad – a big dollop of paté, cheese, salami – the works. Would be a shame to waste it. He’s dangling a G9 in his other hand, casually. He knows there won’t be a problem. The big shot got it into his head that they’re trying to put the frighteners on
him to make him sign. What for? Gaštan has a chick in the firm, she can sign for anyone. He also has a notary public who will certify anything. He doesn’t explain this to the big shot. They’re easier to deal with when they don’t know.

“You think you’re gonna make me shit myself, you louts?!”

The man keeps on chewing instead of answering and shakes his head impatiently, just get on with it. It’s getting chilly. A drop of lemonade would be nice, to help the bread go down. There’s only beer in the car and he never drinks at work. On principle.

“Who do those mafia bosses of yours think they are? Your boss thinks he can take me down? Only the minister can sack me!”

The man looks at him and can’t figure out how this dickhead could have got this far. He’s not just anyone. A department head. A tycoon. What a moron.

“How much longer will this charade go on?” Potočný flings the shovel into the ditch and starts to climb out.

The man points the gun at him, flips the catch with his finger and shakes his head. He stands up to get a better view of the pit. It might just do. The Elán song blasting out of the Shogun annoys the man even more than the dickhead in the pit. He shrugs: it’s not his decision. 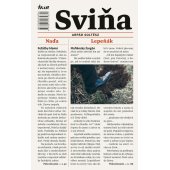 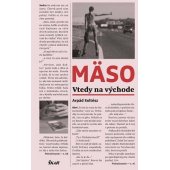 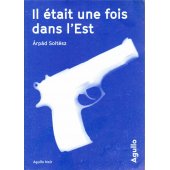 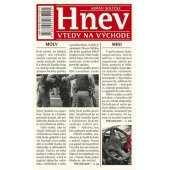