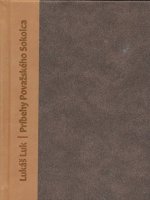 The Tales of Považský Sokolec

Since times immemorial people from Sokolec had been ploughing up bits of old earthenware or metal statues when working in the fields. But no one paid any attention to these useless objects, after all, the most important thing was to plough, sow and harvest the crops on time. The farmer had no time to waste in the annual cycle of work. It was different if the ploughed-up vessel was still fairly intact. Then the thrifty inhabitant of Sokolec took this old piece of junk home and used it as he fancied. Here as a feeding bowl for the chickens’ grain, there as a flowerpot, or a rubbish bin. Every Sokolec family had some old crock and no one thought twice about it. The change only came in nineteen seventy-one when the foundations were being dug for the village hall, built as part of “Action Z” and Uncle Machara pulled three heavy bronze swords and a helmet of the same metal out of the excavation pit. Then a delegation of comrades from the Party’s District Committee visited Ján Vladár, chairman of the Local National Committee and laid down the procedures for building anything in the village, so that archaeological research could be carried out to map the history of our homeland for future generations of working people.
This was the beginning of bad times for the unfortunate inhabitants of Považský Sokolec. As a result of the archaeological research the village hall was completed two whole years behind schedule and the same threat hung over every excavation pit dug by small builders. By nineteen seventy-nine the construction of twelve houses had been suspended only because a few bones, a strip of metal or a little pile of pottery fragments had been found when digging the foundation trenches. The continual presence of an employee from the Archaeological Institute in Nitra reminded one of an armed Egyptian supervising the work of a thousand slaves when building the pyramids. In Sokolec hostile neighbours began to take advantage of the situation, throwing fragments of old pottery into foundation pits with the aim of officially holding up the construction of their adversaries’ houses.            In the spring of eighty-two quarrelsome Agnes Riedlová also resorted to such a ploy. She found it very hard to bear the fact that Irena Lalová, née Podoláková, Agnes’s former rival in love, should build a house in the gap next to hers. Several years earlier Irena Podoláková had lured away Agnes’s current boyfriend, Ivan Lalo and led him right up to the altar. At that time Ivan Lalo was a very good catch – you couldn’t find many people in Sokolec who had finished technical college and had a good post in the freezing plant.
Agnes could not come to terms with the idea that for the rest of her life she would be gazing into the windows of that siren and she swore that she would thwart the building of the family nest they planned. Or at least hold it up.
From the corner at the back of the garden where the Riedls used to bury the remains after slaughtering the pig, Agnes dug up two old pork bones. She then smashed a colourful glazed vase that her sister-in-law had brought back from her holiday in Bulgaria, and at midnight, under cover of darkness, she threw these artefacts over the fence into her neighbour’s foundation pit. 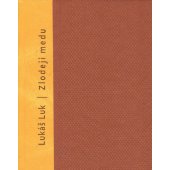 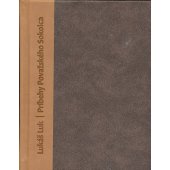 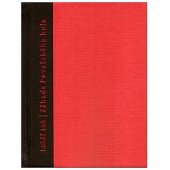 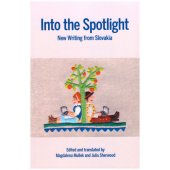