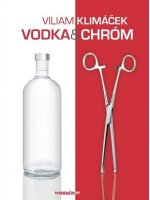 
I’D BEEN ACCEPTED TO MEDICAL SCHOOL IN SEVENTY-SEVEN. The first thing my alma mater did was to send me to work for three weeks in the Znojmo canning factory. There, together with other future students of medicine, we were to integrate with the working class. We were bottling gherkins.
It wasn’t there that I acquired that aura of mine. For one thing, it was summer and for another, I had already experienced my first attack the previous Christmas. On Christmas Eve I smelled fermented gherkins for the first time and was taken to the emergency department at the hospital. The doctor put it down to extreme meteosensitivity. As for the aura, he couldn’t understand the smell of fermented vegetables any more than I could. So I left for Znojmo with three things to worry about. Would I manage university? Would I get on with my fellow students? And would those cursed gherkins kill me after all?
I could give a positive answer to that first question only seven years later. It wasn’t a first, but at least I passed. The faculty turned out over a hundred like me. White fodder for the hospital cannons.
To the second question I got an answer the very first evening.
“Is this place free?” someone asked.
The dining room was half empty. I had wanted to digest my pork belly with pea puree alone. Why did this oddball have to come intruding on my meal? In spite of the hot August, my future friend was wearing a shirt and tie with dark trousers, while the rest of us had on torn jeans and T-shirts.
“’Course,” I said with a pork belly and pea puree sigh.
He put the metal tray down on the table, thus revealing the so-called “meatless dish of the day”.
“Ducat buns,” he said. “These have never ever seen ducats.”
The little pieces of bread roll had been fresh at breakfast time the day before yesterday and since lunchtime a dry skin had formed over the custard. The time signal announced 7.30 pm and Radio Hviezda was offering a bouquet of melodies. The little buns had turned hopelessly hard, and for seven minutes I had been separating my meat from the fat; the meat representing about two cubic centimetres of the “meat dish of the day”.
We exchanged looks and laughed. The paltriness of our evening meal had exceeded all expectations. I gazed at his jacket, which he was carrying tucked under his arm.
He carefully smoothed it out over the back of his chair.
“As a matter of principle a gentleman doesn’t give the address of his tailor, but I’ll let you into a secret and tell you that the Trenčín Clothes Factory sews for me.”
That is how I came to know Andy.
“I chose you, because you were the only one with a beard,” he told me some time later. “And whoever goes to study medicine with a beard either has very good connections, or doesn’t care what anyone thinks. In your case I guess it is the second possibility.”
The truth is, I was a man without connections. No hero. It just hadn’t occurred to me that in Czechoslovakia to study a discipline for which a trustworthy mug is essential and yet to have a beard makes you rather conspicuous. It was a period when the police would chase after young men in the streets who had hair longer than in their identity cards and subsequently shave it all off, leaving them bald. And as a matter of principle they wouldn’t take for official documents photographs of men with long hair.
I wanted to be different, but I didn’t really know why. I couldn’t put my finger on what I didn’t like about my fellow men, but with every stroll through my home town, with every ice cream in its streets, with every television programme that blasted through open windows, I knew that I didn’t want to be like them. I had no idea what to do to achieve this. The simplest thing was to look different, and so I let my beard grow.
As for the third question – the Znojmo gherkins didn’t kill me. And, as they say, what doesn’t kill you makes you stronger. All the temporary job in the Moravian canning factory did was to strengthen my dislike of the proletariat, who as a whole I had nothing against, but as individuals they could be real beasts.
The workers in the canning factory relished every chance to humiliate the future doctors they would one day have to rely on. They ridiculed us quite openly when we couldn’t keep up with the speed of the assembly line and joked when the young medical students gagged on the sickly sweet smell of rotting gherkins.
But we had brought this revenge on ourselves. We, myself included, had only just finished grammar school; we didn’t know a thing about medicine, but it was enough for us to be accepted to the faculty and we didn’t give a hoot about anyone else. We moved around the factory like professors of neurosurgery in their clinics.
“I wouldn’t like to operate with these hands,” a colleague said, showing his fingers sticky from molasses.
“You poor little twit,” sighed the Moravian manual worker next to him.
In this way, day after day, we became that reluctantly tolerated entity in socialist Czechoslovakia – the working intelligentsia.

[1] Milan Kňažko - an actor and leading figure in the revolution often asked the demonstrating crowd to make a corridor to allow ambulances, etc. to pass. 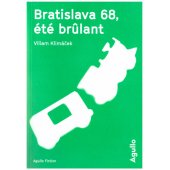 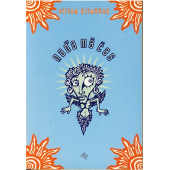 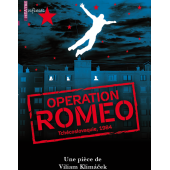 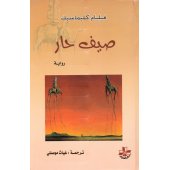