The funny, playful and original fairy tales from the pen of Pavol Rankov, winner of the 14th European Union Prize for Literature, are about princes and princesses, kings and robbers, and there are supernatural beings in them, such as dwarves and dragons, but also building-blocks figures.

Similarly to Hans Christian Andersen and Oscar Wilde who wrote authorial fairy tales that focused on contemporary themes, especially ones with a social context, Rankov concentrates on complex psychological aspects of our era. Rankov's fairy tales touch the soul. The fairy-tale book Princezné a princovia / Princesses and Princes features subtle dreamlike illustrations of Shiho Dono. They are a magnificent addition to the brilliantly told stories of princes and princesses.

Rankov's language is modern, adapted to the young reader, yet we still recognize stylistic figures typical for fairy tales: "And precisely in the moment when Wise, Strong an Nice came along, a big hullaballoo arose in the market place because one such thief was just trying to rob a young man with his sticky fingers." (pg. 81) The storyteller's humor is heartwarming, too, both for children and their parents.

The story Malá princeznička, ktorá zmenila svet / The Little Princess Who Changed the World is focused on the strong bond between an older brother and his little sister. Their love, care, playfulness and faithfulness present a contrast to the king's lack of interest, his coldness, laziness and fear. The fairy-tale war is ended by the princess' red ball and thus peace wins over war and carelessness.

Slavomír and Miroslav have a completely different siblings relationship in the fairy tale Princovia dvojčatá / The Twin Princes. Jealousy, selfishness and greediness lead to isolation. Instead of celebrating peace, the princes go to war. Rankov has an authentic way of showing that discontent and envy stem from the mind and from the angles we choose: "You can see far from the peaks and I won't have such a view," complains Slavomír in the country of the sea. And, vice versa, Slavomír from the country of the mountains complains: "I will never again enjoy the sun setting into the sea." (p. 47)

The story shows how destructive it is to lack love, empathy and modesty. Toward the end, we see that one story paves the way for another one: "At that time, many unbelievable stories were told about the twin kings who lost their minds and one day ordered all iron to be thrown into a deep river." (p. 68)

Endings - where the stories continue

The story Ženích pre princeznú Marianu / A Groom for Princes Mariana can also be seen as a learning tool for little children who are just beginning to read. The groom of the princess has to have good qualities according to the first letter of her name but cannot have bad qualities starting with that letter. Mariana's husband needs to be masterful, magnificent, merry, modern and mellow but cannot be meek, morose or miserable which leads to funny situations.

The story, however, focuses on a deeper idea: a person is not characterized by merely one trait or one act that speaks for all, but rather changes and evolves over time. And just like one trait does not a groom make, equally, traditions must not be blindly obeyed: "Well, some traditions are good and yet others need to be banished!" (p. 135)

The story Princ väzeň / The Prisoner Prince ponders what makes a prince. A prince has to be noble, thoughtful, dignified, honest, he shall not be haughty, proud, he shouldn't get drunk, overeat, he shouldn't take what isn't his. In short, he must not be spoiled. Rankov's story cures the prince by means of work. At work, the prince learns a foreign langauge and becomes a popular storyteller, a humble and patient man. And even though the story does not end with a classic wedding, it shows us the endless possibilities of fairy tales that travel from story to story: "Well, prince Rafael never found the horse. But nothing will stop us from hoping that a nice man has found the horse, a nice man who gave him enough oats and who never strained him too much." (p. 168)

A touch of the soul

In the story Princezná Veroniana a ríša dokonalých / Princess Veroniana and the Land of the Perfect, a good, educated princess wishes to build a heaven on earth for perfect people in a perfect land. Unintentionally, she builds a prison and causes a catastrophy. Because if "wisdom is the only thing you can share and still you keep it all" (p. 175), you cannot keep good, wise people away from their close ones or everyone will suffer. Luckily, Veroniana is a wise and loving ruler who accepts good advice and finally understands that we all need one another, that we learn from each other and that perfection lies precisely in that.

And just like we cannot isolate one trait in a person or isolate wise people from dumb ones, life cannot be isolated from death. This is what the last story of this wonderful and intelligent book of fairy tales is about. As it is written in the beginning of the story Obyčajný chlapček a princ Minik / An Ordinary Boy and Prince Minik, "this is not a true fairy tale because it is real. What we are about to read has happened exactly like this - or almost exactly like this - in the real world." (p. 200).

It is a story about an ordinary Boy who is a fast runner and an avid building-blocks builder and who wants to become a real builder. But he becomes ill. Together with his Dad, he patiently and bravely faces the complicated treatment as well as his stays in the hospital with not only kind doctors. He knows that he will feel sick, that he will have to pee into a "pee bottle", that his veins will crack from the IV's and that some children will not return to their beds. The Boy slowly loses his strength but he keeps on building a space center for his figure Minik, so that Minik can fly to the planet Nebius in his rocket since no one on Earth can cure him... The story has touched the soul.

The article in its original Slovak version has first been published in the magazine Knižná revue 1/2021. Translation by Books from Slovakia/LIC. 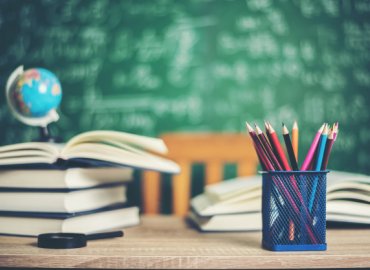 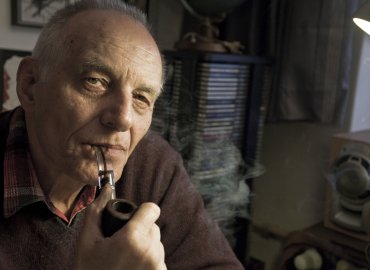 This is sad news for all of us who knew him. He would oppose – in that shy way he used to accept compliments – all adjectives we would summon to express… 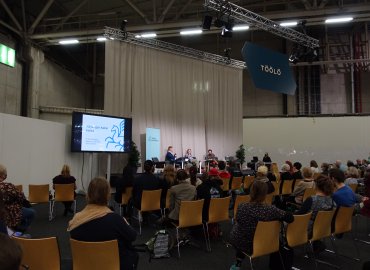 When the Slovak Literary Center announced an open call for the grant for a translation sample into Nordic languages, we knew in advance that numerous skilled Finnish…