My Mum’s name was Emília Táleová and everyone called her Milka. My Dad’s name was Emil and everyone called him Emil. My Dad was a teacher regarding woodworking and he always used to bring home all sorts of leftovers, because he said they might come in handy. My Dad was from Detva. Detva is a long way away. I’ve never been to Detva. My other Grandfather, his name was Emil Tále, also lived in Detva, and my Dad’s brother lived in Detva too and his name was Samuel Tále. My name is Samuel Tále too but I’m not from Detva, I’m from Komárno. It’s much better to be from Detva than from Komárno, because whenever I say that I’m from Komárno it makes people laugh but when I say that my Dad is from Detva they stop laughing. Because it’s funny to be from Komárno but it’s a serious thing to be from Detva. Detva is a long way away. I’ve never been there. But once I saw Detva on TV and my Dad started yelling:

Ivana and Margita used to go to Detva, but I’ve never been because Detva is a long way away.

Margita works at the City Hall regarding sending children to children’s homes and people respect her very much due to this. She does my laundry and I have lunch at her house every Sunday. Her name is Margita Anková, because she got married. Before she got married, her name was Margita Táleová.

Before Ivana got married, her surname name was Táleová but when she got married she changed her name to Ivana Tále without -ová at the end because she is a great artist regarding the piano and when she is on records and on TV she always says that her name is Ivana Tále. Because she got married to this chap whose name is Žebrák which means beggar in Czech, so it goes without saying that nobody in the world wants to be called Žebráková on records and on TV. Her husband’s name is Filip Žebrák and he’s an artist regarding drumming. His father was a Czech and my Dad didn’t like Czechs, because he said that all Czechs are beggars, and that Slovaks are better. And besides, my Dad used to know Žebrák’s Dad because they went to school together and he got offended because when they did the Tatra Eagle in class, Žebrák’s Dad got the spelling wrong and he called the Tatra Eagle a Tatra Beagle. But Dad said that Žebrák was only pretending it was a mistake and he’d done it on purpose just to make fun of us Slovaks and of our culture.

My Dad didn’t like Czechs or Hungarians or Russians or Jews or Communists or Gypsies or Spartakiads, or Young Pioneers, or the Socialist Youth Union, or the Union of Army Supporters, or the Revolutionary Trade Union Movement, or the Czechoslovak Hungarian Cultural Association, or the Slovak National Uprising, or the Prague Uprising, or the Women’s Union, or Victorious February, or The Great October Socialist Revolution, or the Union of Czechoslovak-Soviet Friendship, or International Women’s Day, or Liberation Day, and he also didn’t like people calling the wartime so-called Slovak State so-called. Meaning it wasn’t really independent, only so-called. My Dad always used to say that it was the Communists that were so-called. And besides he also used to listen to Radio Free Europe, and back then that was really strictly forbidden.

I loved Karol Gunár (PhD Social Sciences) because he was very nice and humorous and because he knew lots of humorous sentences, and because Darinka Gunárová was his daughter.

Yesterday I saw Darinka Gunárová outside the Cultural Centre. In the street that is a One-Way street.

Darinka Gunárová was my classmate.

Once a teacher wanted to send me to Special School but the teacher got reported and Karol Gunár (PhD Social Sciences) said I should never be sent to Special School. Because we were good friends due to me always reporting to him on everything. Because I told him that Darinka Gunárová had eaten raw green beans from the school garden and then she got sick regarding the beans, even though it wasn’t allowed. He came to school to get her, and everyone said they didn’t know why she was sick. But I knew, because I saw her being sick.

So after that I went to see Karol Gunár (PhD Social Sciences) and I told him I had something to report. He said I should tell him and I told him about Darinka Gunárová eating the raw green beans even though it wasn’t allowed. And that this was what had made her sick.

Karol Gunár (PhD Social Sciences) then praised me very much for having told him and he said that I should always come and tell him everything. And then he said we were going to be friends from now on.

And because everybody knew that we were really good friends everybody said it should be me reciting the Young Pioneer’s Oath due to being friends with Karol Gunár (PhD Social Sciences).

I said it should be me reciting it, too.

Because the Young Pioneer’s Oath is the most beautiful thing in the world.

I always noticed what Darinka Gunárová was doing and when she ate raw green beans, and I always remembered everything. Because it wasn’t allowed and you’re not supposed do things that aren’t allowed. Because that’s the law.

And that is why I remembered it because I always remember everything. Even today I still remember everything and sometimes I go and report to him, even though Karol Gunár (PhD Social Sciences) isn’t High Up any more, but we are still good friends and I promised I would always tell him everything. So that he knows. 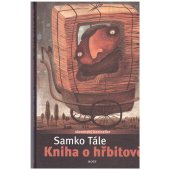 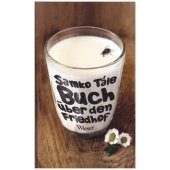 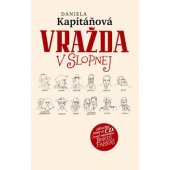