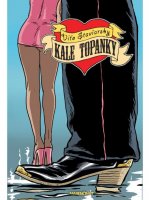 She woke up in the middle of the night. Winnetou was snoring away in his bed. She made a smacking noise, which made him turn around but it didn’t stop him snoring. She got up from the couch; she wasn’t feeling dizzy any more, only very thirsty. She had a drink from the tap and wanted to go back to bed but then moonlight fell on the wardrobe that served as a passage to Karolko’s room. She tiptoed over to it quietly so that the floor wouldn’t squeak and opened the door. She looked back to make sure Winnetou was really asleep and slipped into Karolko’s room.
He had kicked off half of his duvet as he lay in his bed. He must have been hot because he was all covered in sweat. He was so slim, so handsome and so beautifully built! She watched him for a long time, then reached out with her hand and touched his cheek with her fingers. He started and sat up.
“What’s up?”
“Karči, move over,” she whispered, covering his mouth with the palm of her hand to keep him quiet.
“What for?” Karolko asked in puzzlement and lay down again.
“I want to be with you,” she whispered.
“Now?”
“Karči?”
“What?”
“I’m so sad, you know... C’mon, move over.”
Karolko moved towards the wall. Sabina quickly slipped under the duvet but then she got a fright.
“What’s that?” she screamed in surprise and pulled the saxophone from under the duvet.
“If Winnetou finds us we’ll be in trouble,” Karolko said.
“He won’t... He’s fast asleep. Karči? D’you know what I’ve been thinking?” she interrupted him and put the saxophone on the floor next to the bed. “That I’d like to be your girl. Ferdy is good-looking but I don’t want him.  Maybe I did want him once but he betrayed me. You’re kind and you would never cheat on me. And I like it when you play. It gives me this feeling inside,” she took Karolko’s hand and placed it on her breast.
“Winnetou won’t let me have a woman,” Karolko said pensively. Sabina lay next to him, saying nothing and started stroking his hair.
“Where are your mum and dad, Karči?” it occurred to her. “Why aren’t you with them?”
“Dad is at Ilava,” Karolko said.
“Where’s that?”
“There’s a prison there. He’s in for stealing something.”
“And your mum...? Why isn’t she with you?”
“She doesn’t want me. I used to be in an institution but Grandpa got me out of there and said he’d look after me.”
Sabina embraced Karolko and started kissing him on the neck, cheeks and the mouth. She wanted Karolko to caress her. But Karolko had never been with a woman before and didn’t know what to do in a situation like that. Sabina thought she would teach him although she didn’t have much experience either. She had long dreamt of making love. And now there was a chance of love with everything that went with it. But it turned out that Karolko was also keen to have a girlfriend. He started caressing her shoulders, gently feeling her face, ears, nose and mouth, her whole head and hair, going all the way down to her shoulders, stomach and hips, even kissing her breasts. He was very gentle and Sabina was so pleased she pressed him to herself firmly. Then she pushed him away, laughing.
“Silly boy, I’m not a saxophone,” she chuckled as Karolko started kissing her breasts.
“You’re so shukar,” he whispered into her ear.
“Really?” she asked, surprised. “But how do you know that if you can’t see me?”
“I can’t tell, but I can play it for you…” he whispered and tried to reach for the saxophone but Sabina stopped him. She hugged him and felt happy. Nothing she had known until now counted because it wasn’t love. But this counted because this really was love. 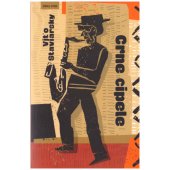 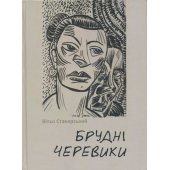 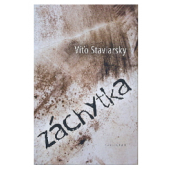