Miroslava Vallová Receives the Order of Arts and Letters

Ordre des Arts et des Lettres (Order of Arts and Letters) is awarded for significant merits in the field of literature and the arts and for the enrichment of French cultural heritage. In the past, the first degree of the honors have been awarded to Alice Munro, George Clooney, Philip Glass and William S. Burroughs, among others. The honors ceremony took place at the French Embassy residence in an intimate atmosphere due to the covid-19 pandemics.

The ambassador of the French Republic, J. E. p. Christophe Léonzi highlighted Miroslava Vallová's active role in spreading, promoting and translating of Slovak literature abroad, as well as supporting and building of French-Slovak cultural relations, especially by organizing the event at which Slovakia -- or, more precisely, Bratislava -- was the guest of honour of the book fair Salon du Livre in Paris in 2019.

"I had the opportunity to watch your effort and determination, as the director of LIC, the Slovak Literary Center, to develop and promote by any means possible the literary life in Slovakia, to present Slovak literature abroad, and also to spread foreign, especially French literature in Slovakia," said the Ambassador Christophe Léonzi.

The guests attending the ceremonial were Juraj Heger, president of the Publishers and Booksellers Association and director of the publishing house Slovart, Barbora Németh, head of the department of foreign projects at LIC, Pavol Choma, architect and designer of the event of Slovakia as guest of honour at the book fair Salon du Livre in Paris, the writer Michal Hvorecký, Michaela Jurovská, translator and former Cultural Adviser at the Slovak Embassy in Paris, former ambassador Stanislav Vallo, and Jean-Marc Cassam Chenai, Counselor for Cooperation and Cultural Activity at the French Embassy in Bratislava and director of the French Institute. 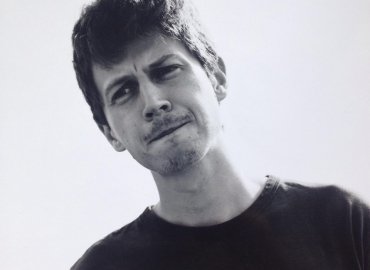 In LIT_cast 28 translator and journalist Tomáš Hučko talks to Julia Sherwood about what made him co-found the monthly Kapitál, about championing socially…

2nd Round of the Residencies in Banská Štiavnica

The residential programs organized by LIC and its partners are running with small changes because the pandemic situation introduces certain limitations in travel,…