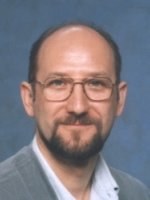 Murín belongs to the generation of authors, who grew-up by developing genre of science-fiction. In his debut based on collection of sci-fi stories COMEBACKS FROM LIGHT (1990) he broadened the scale of topics by biological and environmental domain. It reflected also his activities in civic environmental movement that become significant political power leading later to the Velvet revolution (1989). He described this period in novella THE CASE OF A BURIED CEMETERY. Novella is showing battle between old corrupted communist bureaucrats and young environmentalists from perspective of young adept of journalism. For its criticism it can not be published officially in Slovakia and thus circulated since 1986 as samizdat and only in year when communist regime in Czechoslovakia fall down (1989) it was published in Czech. This atmosphere of 80-ties is again described in novel HOW ARE YOU (1998) with deeper insight to struggle between communists and dissidents of different ranges. Story is taking place also in "exclusive" writer's club recognized from heroes´ view as "ZOO good for exots", presented are also secret agents famous communists "ideology-police", similar to KGB. Bigger scene of novel is giving author a chance for irony, even self-irony as this text has significant autobiographic features. Same period is described from another view in collection of stories SUMMER FAVORS LOVERS (1990) where sexual adventures of young people are form of escape from ideologically controlled communist society where University dorms, parent's apartments and shabby pubs are only space for privacy.
In 90-ties Murín showed also his strong feeling for provocative essay. In book SUBSTITUTIONAL END OF THE WORLD (1992) he drawing a perspective of human civilization under invention of biological revolution like reproductive technologies that "lead us to enormous power to rule the beginning of life" like cloning etc.. Later he succeed to compile whole picture of recen revolutionary technologies in biology--cloning, genetically modified foods, gender transformation, biological weapons, euthanasia etc.-- and their implications for human life. It suggests that the biological sciences are creating a "second Nature" for humanity, and explores these remarkable innovations and their implications for personal and social life. It is composed as a stream of attractive, information dense text divided to small chapters that are read like detective story. This book has all characteristics of bestseller and is for now top of Murín´s creativity in non-fiction. Two books about human sexuality INSTINCT CONTRA CULTURE (1994) and ORGASMODROMES (1997) are original contributions to this topic. Example of symbioses between Murín as scientist writing non-fiction and Murín as classic writer is book ANIMALS, ME AND OTHER (PROSE) (1998). It is sensitive picture of co-existence between animals and people described at preciously written stories. Their point is often is showing of our foolish ambitions to turn our pets to people-like subjects. A book is ending by large essay where author is calling for "non intervention into internal affairs of animals". It is moral appeal that is deepened by decent humor and interesting points of view. 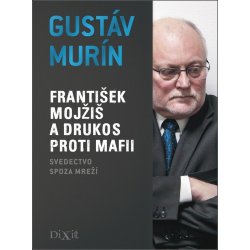 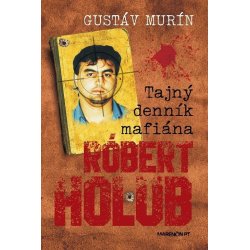