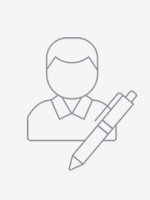 Originally from Humenné, Baláž studied screenwriting, dramaturgy and feature directing at the Film and Television Faculty of the Academy of Performing Arts in Bratislava. During his studies he made several short films. In 2015, he directed a film about the death of Ľudovít Štúr called True Štúr.

Baláž is a multi-talented author – poet, playwright, dramaturg, film and television scriptwriter and director. He made his book debut in 2016 with a collection of poems with the graphic title ø. His poetry and prose won numerous literary competitions, and in 2018 he became the laureate of the prestigious literary competition Básne SK/CZ (Poems SK/CZ).