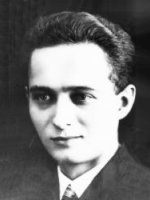 Milo Urban finished his elementary education in Zázrivá and in Podhora and attended the gymnasia in Trstená and Ružomberok. In 1921 - 1940 he worked as an editor and reporter with various dailies and magazines, and was the chief editor of the daily Gardista (1940 -1945). Close to the end of the Second World War he emigrated to Austria, but in 1947 he was returned to Czechoslovakia and brought to court for trial. In 1948 a people's court sentenced him to public censure for his newspaper activities during the war. Since then he earned his living mostly by translation. Urban died in 1982 in Bratislava.