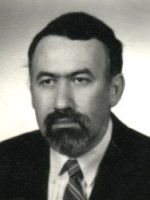 Stanislav Rakús’ fictional work is connected to his profession of a literary theorist. In it, he demonstrates his own worldview as well as his narrative and compositional methods. He debuted with the novella Žobráci (Beggars, 1976) in which -- as in the later work Pieseň o studničnej vode  (Song of the Spring Water, 1979) -- he proved to be a master of atmosphere and imaginative abandon. Each story includes a dramatic moment underlining the human tragedy. His first novel Temporálne poznámky (Temporal Notes, 1993) has an autobiographical background. As in Excentrická univerzita  (Eccentric University, 2008), he made use of his teaching experience, full of awkward moments and paradoxes. For his collection of stories Telegram (2009) he won the most prestigious Slovak literary prize, the Anasoft Litera Award 2010. After that followed the collection Fáza uvoľnenia (Relaxation Phase, 2013) and literary-science books. Rakús has won many Slovak literary awards. His texts have been adapted into films and plays.
He has worked at the Department of Slovak Literature and Literary Science of the Faculty of Arts, Prešov University since 1969 and is now a Professor Emeritus. He lives in Košice.