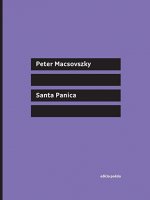 
I saw what I saw because I happened to be
where I was when I saw it.

A conversation is also that someone speaks. I am not writing
literature and certainly nothing of worth. To be subdued
does not mean being a shy mouse. I know that I do not have
the face of an angel. These figures reflect increasing interest.

Fear of being judged by others. Avoiding situations.
With low self-assurance. And fear of criticism. Expressed
in complaints. Blushing. Tremors in the hands. Compulsion
to urinate. Any of these manifestations will be a first-order
problem. The symptoms may escalate to attacks.

Bastions may not be secure. The visual bestiality of scenes
heightened by strongly expressive language with a plasticity
and subdued colour is evident. That is to say collapse itself
does not mean the end. Why is it important to be an active
citizen? Over the grey reality something is always shining.
Are you looking for a scratcher post mini 40 cm with mouse?

At the fishponds: a hut with a weir. The water-bailiff’s dwelling.
Name of a fisherfolk’s restaurant. Castle (chess). In the Balkans
the superior of a monastery. It’s named after the fishermen
who guarded the bastions in the 18th century. Bastion and environs
breathe a spirit of art. The building is a combination
of the architecture of the Middle Ages and modern art.

Equally as the methods of rapid relief. May be used.
At the onset. Quickly it enters the fray. Deep breathing.
With symptoms. Of fits of panic. Foodstuffs which are.
High sugar and caffeine. Which may evoke. Limitation
from sweets. One of each. All over the world. They have
known. In their lives and women. Are twice as a probable.

When I reverse a white light shines behind. Hello
shines the apple always. Even when I switch off it shines
a bit for me. The active citizen on the other side is their enemy.
The case gave the media an opportunity for a panic drill.

When is there a need to assess the plans for the rubbish
economy. We will clarify the facts. That I am not writing
does not mean that I have no interest. By what right
do you wish to condemn your neighbour.

The expiring nymph who is wept for
by an impotent satyr with dog
on an abandoned seashore...
We know that the author of this scene
had an ability to discover visions
in the structure of gobs of spit...

(He couldn’t stand children. Crying. Men. Cough.
Bells peal. Or monks sang. And when there was
rain. It runs down from the sky. Piero loved to look
at that. How it reflected on the rooftops.)

It is situated right by the church of Santa Maria
in Cosmedin and ahead of them a long queue
forms. But they were also seeking places linked
purely with this film – the apartment on Via Margutta 51
or the hairdresser’s on Via della Stamperia 85.

And he crumbled to earth. He went scared of lightning
and when the thunder roared that would wrap himself
in his cloak. Quickly he shut doors and windows
and crouching in the corner of the room. She eased

into a storm. Fear of storms is a natural occurrence.
It stimulates instincts. How to cope. Consider the aesthetic
element. To glimmer beauty on the ascent. Explain the small
chances of lightning. Frightful to train. A person in trust.


Shops that rent masks for our self-torturing being

Smileys change the way of working of our brain.
People justifiably feel they have been deceived. If you want
something which you have never yet had do something.
To judge the facts does not mean to condemn. I believe
that everyone has their guardian angel. It is
unheard-of to demand the ruin of one’s fellow-man.

Smilers are changes the way of working of our brain. People
justifiably feel swindled. If you want something that you’ve never
had to do something. Let us take the facts I do not condemn.
I believe that everyone has their guardian angel. That is unheard-of.
Therefore they demand the destruction of their fellow-man.

Smilers are changes the way of our brain to work. People
justifiably feel swindled. If you want something you’ve never
had to do nothing. Let us take the facts to condemn. I
believe that everyone has a guardian angel. That is unheard-of
because they demand the destruction of their neighbour.

It is unheard-of thus to demand the ruin of one’s fellow-man.
I believe everyone has their guardian angel. To judge the facts
does not mean to condemn. If you want something you’ve never
yet had do something. People justifiably feel they have been
swindled. Smileys change the way of working of our brain.

It is unheard-of by this means one demands the destruction
of one’s neighbour. I believe everyone has its guardian angel.
Review not to condemn the facts. If you want something else
never did anything. People justifiably feel swindled. Smilers
are changes the way of functioning of our brain.

It is unheard-of by this means one demands destruction of one’s
neighbour. I believe that everyone has a guardian angel. Review
not to condemn the facts. If you want something else never
did anything. People justifiably feel swindled. Smilers are changes
the way of our brain works. Change the adjustments back.

I know what I want I just need to help a little.
What should I do when I find that I have no signal?
The human face has an origin in a primeval fish. Included
with that is fine music at the sending of the angel.

I know that what I am just they need to help
a little. What should I do when I’ve found that
I have no signal? The human face was discovered
in a prehistoric fishes. Included with that is fine
music with despatch of an angel.

I know that I am to help a little. What to do when
it finds that that is no sign for me. It was discovered
on the face of man in a prehistoric from fish.
He furthermore sent his angel so that from the fine music.

I know I am short. So then if an indication exists
that it has none. It seemed prehistoric fish
in a man’s face. And angel fine music.

I am all right. It is. If proofs is that that is not.
To portray from a prehistoric fish in a man’s face.
Music angel.

I believe that we will keep winning at home as well. We
declare that everybody informs. The additional game has
its winner. Included with that is fine music at the sending
of the angel. The man before stealing the jewels poisoned 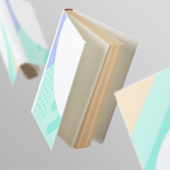 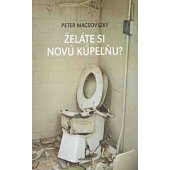 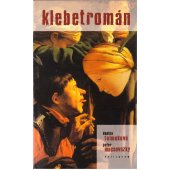 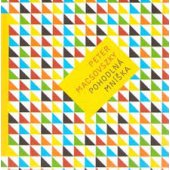 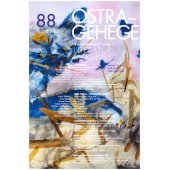